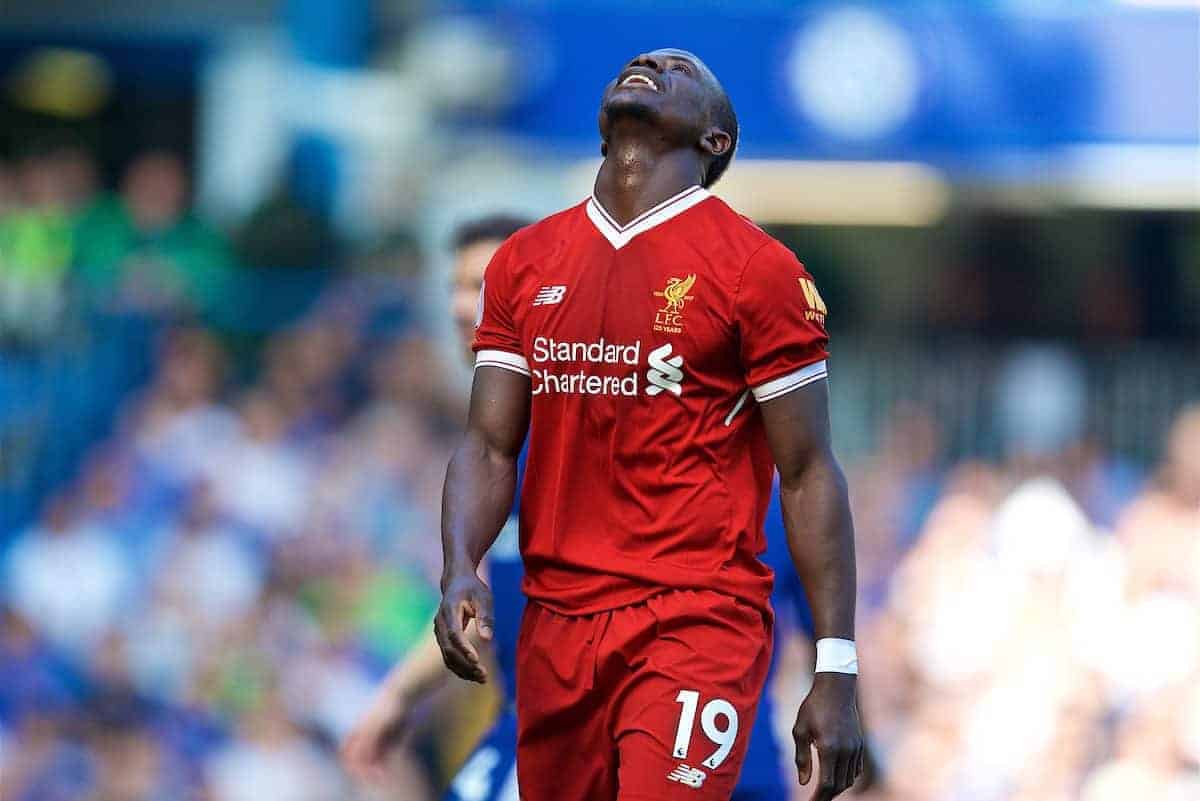 Liverpool stuttered when they needed to perform as they conceded vital points to Chelsea in a 1-0 defeat at Stamford Bridge on Sunday evening.

The Reds are a side who relish a big-game atmosphere, and after sealing a 7-6 aggregate win over Roma in the Champions League on Wednesday night would have been buoyed as they head into another huge clash.

Though they lost in their second leg in Italy, and arrived having suffered back-to-back draws in the Premier League, Jurgen Klopp‘s side were aware of the stakes at Stamford Bridge.

A point would have all but secured a place in Europe’s top tier for next season, and taking all three would have guaranteed another Champions League berth, though Chelsea presented a considerable challenge.

Klopp made one change to his side from midweek, as Jordan Henderson dropped to the bench and Trent Alexander-Arnold shifted forward into midfield.

This highlighted the need to perform in west London, but it ultimately proved a bridge too far for Klopp’s side in Fulham. The Reds controlled proceedings from kickoff, taking a patient approach in their buildup and seeking opportunities with long balls, with Roberto Firmino coming close early on.

Chelsea began to gain a foothold after the 10-minute mark, however, and Tiemoue Bakayoko was denied a clear opening by Olivier Giroud after a mixup in the box, before Marcos Alonso tested Loris Karius from range.

Sadio Mane stung the palms of Thibaut Courtois with a powerful effort, before the Belgian made a vital intervention to thwart Virgil van Dijk after Alexander-Arnold’s resulting corner.

Despite the focus on Mohamed Salah in the buildup, Mane was the key man in the first half, with the Senegalese determined to beat Courtois for his 20th goal of the season.

But it proved to be the hosts who broke the deadlock, with ex-Liverpool winger Victor Moses beating Andy Robertson out wide to deliver a cross for Giroud to head home in trademark fashion.

A difficult first half for Salah was compounded by a booking for an embarrassing dive, as the Reds lost their footing after a bright start to the game. Chelsea kept up the momentum after the break, with the elusive Eden Hazard particularly impressive as he danced through the Liverpool back line with ease.

They had the ball in the back of the net again before the hour mark, but Antonio Rudiger’s effort was ruled out in a major let-off for the Reds.

Klopp took the initiative and replaced Clyne with Henderson soon after, with Alexander-Arnold returning to right-back after his more experienced counterpart’s difficult afternoon in his home city.

The pattern of the clash remained the same, however, with Chelsea the more threatening side, prompting Klopp to send on ex-Blues striker Dominic Solanke in pursuit of an equaliser.

Henderson’s first-time delivery from deep almost saw Cesar Azplicueta divert the ball past Courtois, but the Belgian was in the right place to make the recovery.

Liverpool continued to push but Chelsea‘s firm defence held on, with Klopp now needing wins in the final two games of the season to ensure a successful campaign.