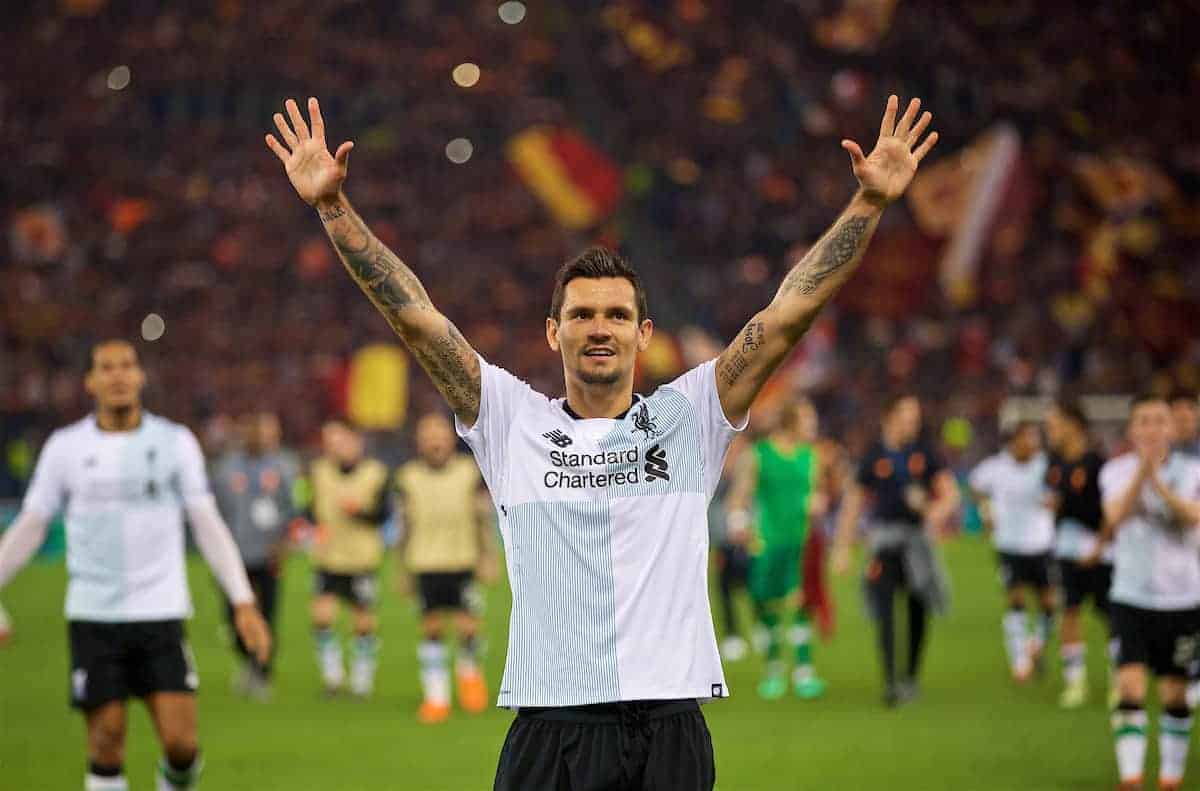 Dejan Lovren wrote a note at the age of 12 telling himself he would become one of the world’s best defenders and he believes that ambition has been fulfilled ahead of his Champions League final appearance.

Lovren has had his difficulties since moving to Anfield from Southampton for £20 million in the summer of 2014 but the centre-back insists those struggles go way further back.

The 28-year-old said as a child no one really believed in him so he set himself his own target and his destiny has been realised.

“From day one when I started to play football I wrote it down—at 12 years of age I wrote it down, ‘One day I will be one of the best defenders in the world’,” he said ahead of Saturday’s clash against Real Madrid.

“People were laughing at me but…to reach the final…I think I showed [my quality] many times.”

On the details of his note, Lovren added: “[I wrote it] underneath my table, out of sight, in my apartment back in Croatia where I grew up, the table where I would sit and do my homework.

“There are some people still living there and the table was part of the room so I hope it is still there. I need to go and buy the table back!” The story he tells is indicative of the determination he has shown to establish himself at one of the biggest clubs in the world.

He was brought in by Brendan Rodgers to ‘cure’ Liverpool’s defensive weaknesses and as a result the spotlight was shone harshly on his performances.

The criticism of him has ranged from the ridiculous to the downright sinister with someone posting a death threat on his Instagram feed only last October.

Lovren, who was also dealing with domestic turmoil at the time after burglars tried to break into his house with his family still inside, has shrugged it all off and used it as motivation.

“When you say I am not good enough, I will just show you I am good enough, simple as that,” said the Croatian, whose form has noticeably improved since the arrival of the world’s most expensive defender Virgil van Dijk in January.

“I struggled a lot in my life from day one, and you know there is belief within me and it will never go from me and it really was always there from when I was young.

“I could write you a book. I will write it myself, don’t worry, this thick [placing hands wide apart].

“There are many things, I don’t know where to start. People were mocking about me in school, mocking about as a teenager that I could not play like a defender, that I don’t have a left foot, that I am not quick enough. “You know all these small things, they always push me to be better: you say I don’t have a left foot? I will hit it better today with my left than my right.

“To be honest, this is me, I always work on these situations. It helps me to be honest.

“And criticism, even if I don’t like it, I like to hear it—I know what to improve at the end.

“Maybe of course you have one or two situations where you don’t play well but I don’t know which defender doesn’t make mistakes, and then maybe sometimes people make it bigger than it is.

“When I have the confidence of the manager I don’t need anything more.

“I know how hard I worked and as a team how hard we worked, to achieve this so [getting to a final] is still an achievement for us, when you look back it is massive.”