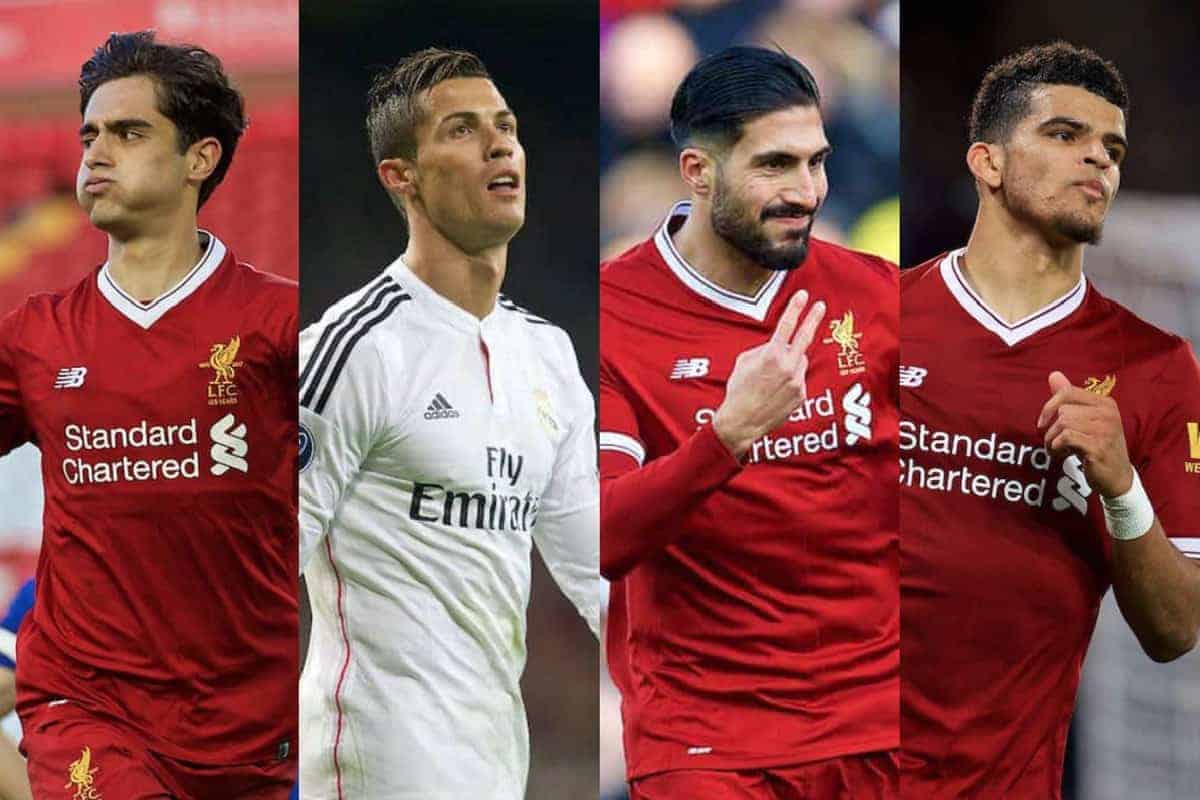 We round up the latest Liverpool news and transfer rumours on Tuesday, as one academy youngster prepares for a move to the Championship. It was reported on Monday evening that U23s forward Yan Dhanda was among those expected to leave Liverpool on the expiry of his contract this summer.

For Dhanda, his departure is imminent, with BBC Sport revealing that he has already undergone a medical ahead of a free transfer to newly relegated Swansea City.

Swansea finished 18th in the Premier League this term, and Dhanda could join their first-team squad in a bid to return to the top flight at the first time of asking.

Dhanda joined the Reds in 2013, but failed to make a single senior appearance despite training under Jurgen Klopp on a number of occasions.

Real Boosted by Two Key Returns Ahead of Final Liverpool’s short training camp in Spain is part of a “little pre-season” that Klopp hopes will spur his side on for a high-intensity clash with Real Madrid on May 26.

The Spanish giants are yet to wrap up their domestic season, as they take on Villarreal on Saturday evening, ensuring the Reds should be fresher for the final.

However, Zinedine Zidane certainly has more options at his disposal, with both Dani Carvajal and Cristiano Ronaldo swelling his ranks further on their return from injury.

According to Marca, the duo will report back to training this week and “may even play a small part” against Villarreal.

This means Real have no injury concerns heading into the final, while Klopp is still without Joel Matip, Joe Gomez, Emre Can, Alex Oxlade-Chamberlain and Rhian Brewster.

Can Misses Out on Germany Squad Can’s dwindling contract, and his absence from Sunday’s lap of honour at Anfield, has prompted some to speculate as to the authenticity of his back injury.

The midfielder has been back in Frankfurt recovering, and with a free transfer to Juventus increasingly likely it had been suggested he was omitted from Klopp’s squad due to a lack of commitment.

However, with Germany manager Joachim Low naming his provisional squad for this summer’s World Cup on Tuesday, and leaving Can out, it appears his injury is legitimate.

Can is unlikely to play any part in the Champions League final, having failed to return to training last week, which still suggests he has played his last game for the Reds. Dominic Solanke notched his first senior goal in English football in Sunday’s 4-0 win at home to Brighton, marking his 27th appearance for Liverpool with a powerful drive into the top corner.

After a difficult maiden campaign on Merseyside the hope will be that this sparks Solanke into life, with his poor touch and lack of fluidity in previous outings prompting criticism.

Having joined on the expiry of his contract with Chelsea last summer, the 20-year-old has been afforded less scrutiny due to the low-key nature of his move.

And according to ESPN‘s Glenn Price, the two sides are still yet to agree a compensation fee for Solanke, in their attempts to avoid a tribunal.

“The two Premier League clubs have been waiting until the end of the season before they continue discussions about the player’s value at the time of his move,” Price writes.

Solanke’s performances this season, and his goal at Anfield, will not factor into negotiations. When Ryan Kent joined Bristol City in January, they were chasing promotion to the Premier League after an excellent first half of the season.

With his spell at Ashton Gate ending this month, however, the Robins were left 11th in the table and facing another campaign in the second tier.

Kent made 11 appearances for City and failed to score a single goal, assisting two, with this and his miserable spell with Freiburg before the turn of the year undermining a bright pre-season.

And his manager at City, Lee Johnson, explained why he felt Kent struggled, as relayed by Bristol Live:

“Ryan Kent was a young lad coming through, probably unfit because of his time [in Germany], or not as fit as he could have been.

“We had hoped that he would have hit the ground running a bit quicker than he did.

“He probably wasn’t helped by the atmosphere which was created in the stadium by a couple of losses, a couple of poor performances.

“The fans, rightly so, were used to seeing a different type of player in that position.”

Kent is likely to return for another pre-season under Klopp this summer, but this will have harmed his chances of a first-team role in 2018/19.