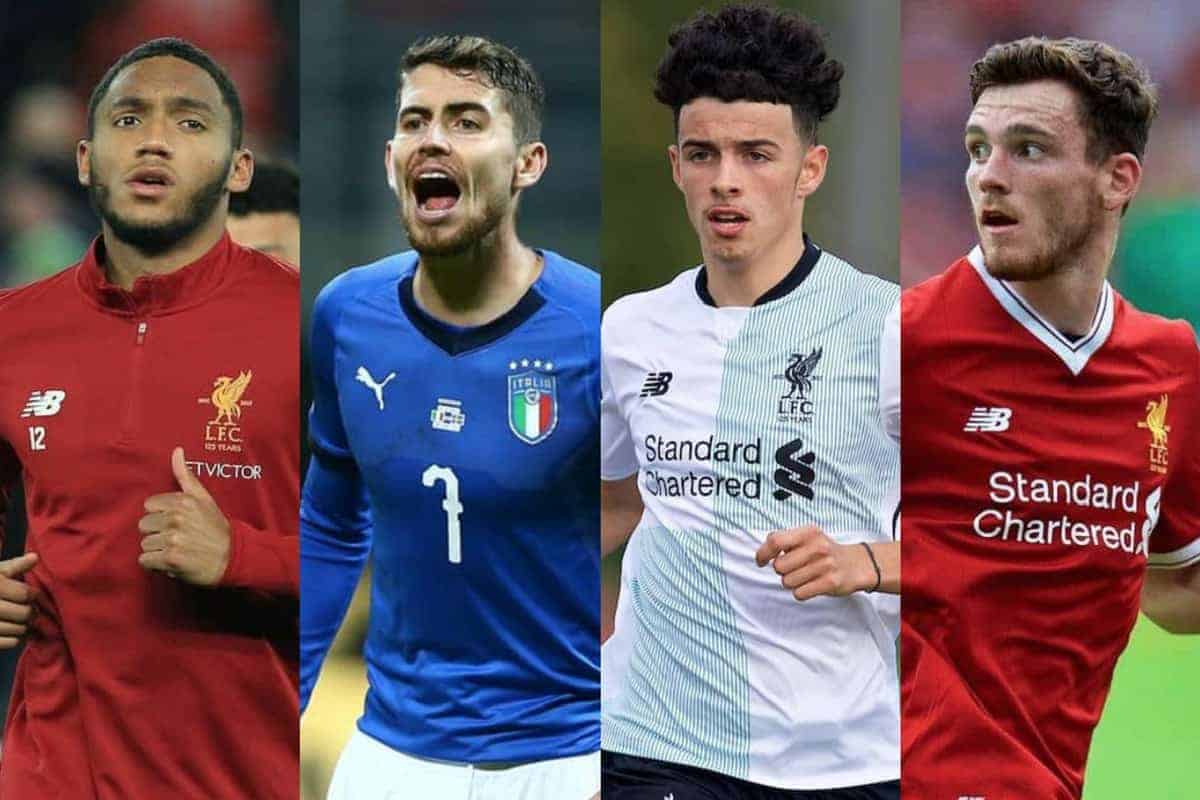 We round up the latest Liverpool news and rumours on Tuesday, as Jurgen Klopp loses another key player for this season’s decisive double-header.

With Joe Gomez already having missed the last two games with an ankle problem, Liverpool confirmed on Tuesday afternoon that the defender had undergone surgery.

This will rule Gomez out of both Sunday’s clash with Brighton in the Premier League and the Champions League final against Real Madrid, while he is also set to miss the World Cup.

Having already spent 15 months on the sidelines with a knee injury since joining the Reds in 2015, this is a bitter blow for Gomez, but taking to Instagram he showed the right attitude:

“Been a tough few weeks trying everything possible to be available on the pitch to help the team. I’m going to do all I can to get back and be in the best possible shape for pre season.

“The focus now is to support the team in the two biggest games of the season!

“Thank you for all the support over the course of the season. YNWA.”

Gomez has already received messages of support from the likes of James Milner and Jordan Henderson, with his absence clearly felt in the dressing room. The distinction made between the top six sides in the Premier League—Liverpool, Man City, Man United, Arsenal, Chelsea and Tottenham—is consistently hammered home from a financial view.

But as the Times‘ Martyn Ziegler revealed on Tuesday morning, this also extends to the league’s fixture scheduling.

These are arranged so that none of the ‘big six’ meet on either the first or the last day of the season, while clashes between those sides are guaranteed on 26 other weekends.

This is a worrying revelation given the fixture list is supposedly randomised, and it can certainly be argued that this lends the Reds and their direct rivals an advantage.

Liverpool play Brighton on the final day of the campaign, and while they could have tied up a top-four finish with victory over Chelsea last weekend, this is still a relatively simple tie on paper. Klopp is seemingly targeting a deep-lying midfielder capable of dictating play this summer, with both Napoli’s Jorginho and Wolves‘ Ruben Neves heavily linked.

But while Neves pledged his future to his current side after their promotion to the Premier League, Jorginho’s agent, Joao Santos, cast a more doubtful assessment of his client’s plans when speaking to CalcioNapoli24 Live:

“Everyone knows there are four or five Premier League clubs who want Jorginho.

“Jorginho still has two years left on his contract, and if Napoli want to sell him, he’ll just have to find an agreement with another team and then he’ll have to talk to us about it.

“A hypothetical renewal with an amended contract? We’ll have to wait until the end of the season to talk to Napoli. Anything can happen in football.”

Napoli will finish second in Serie A this season, with this disappointment seemingly prompting Jorginho to consider his options. The Liverpool U23s play their final competitive game of the season on Tuesday night, as they take on Chelsea at Anfield looking for a positive end to the Premier League 2 campaign.

They will then play the Panjab FA on May 14, but speaking ahead of his side’s domestic closer manager Neil Critchley has outlined how the young Reds can make their mark ahead of pre-season, as he told the Liverpool Echo:

“It’s World Cup year. Some senior players will still be away when pre-season starts.

“I am sure that some of our players will get an opportunity in the friendlies. Hopefully they do and then it’s down to them.

“I remember when Trent Alexander-Arnold and Ben Woodburn went up to Melwood in pre-season. We weren’t expecting that.

“We had only been back four days when they got the phone call. Before we knew it, it had been four weeks and they were still up at Melwood. It shows what can happen.

“What a fantastic opportunity this July might be for these players.”

It’s certainly feasible that the likes of Conor Masterson, Curtis Jones and Rafa Camacho will be involved in July, but there could be opportunities for Herbie Kane, Adam Lewis and Liam Millar too. It has been a remarkable rise for Andy Robertson in recent years, most prominently in stepping up from a relegation fight with Hull City to the Champions League final with Liverpool in 12 months.

And after the Reds’ 7-6 aggregate win over Roma in the semi-finals, a tweet from Robertson’s past was dug up, highlighting just how far he has come:

life at this age is rubbish with no money #needajob

It is safe to say Robertson is in a much more comfortable position now, and addressing his progress in an interview with the Liverpool Echo he took a philosophical stance.

“I saw that getting some retweets the other night and coming back up,” he said.

“I guess it just highlights my journey. I am more one for looking forward than back.

“Rather than looking back on where I was five or six years ago, I’m thinking more about what’s coming up at Liverpool.”

Robertson is right to look ahead, as he looks set to remain Liverpool’s first-choice left-back long into the future, and could well lift the club’s sixth European Cup in his first season.