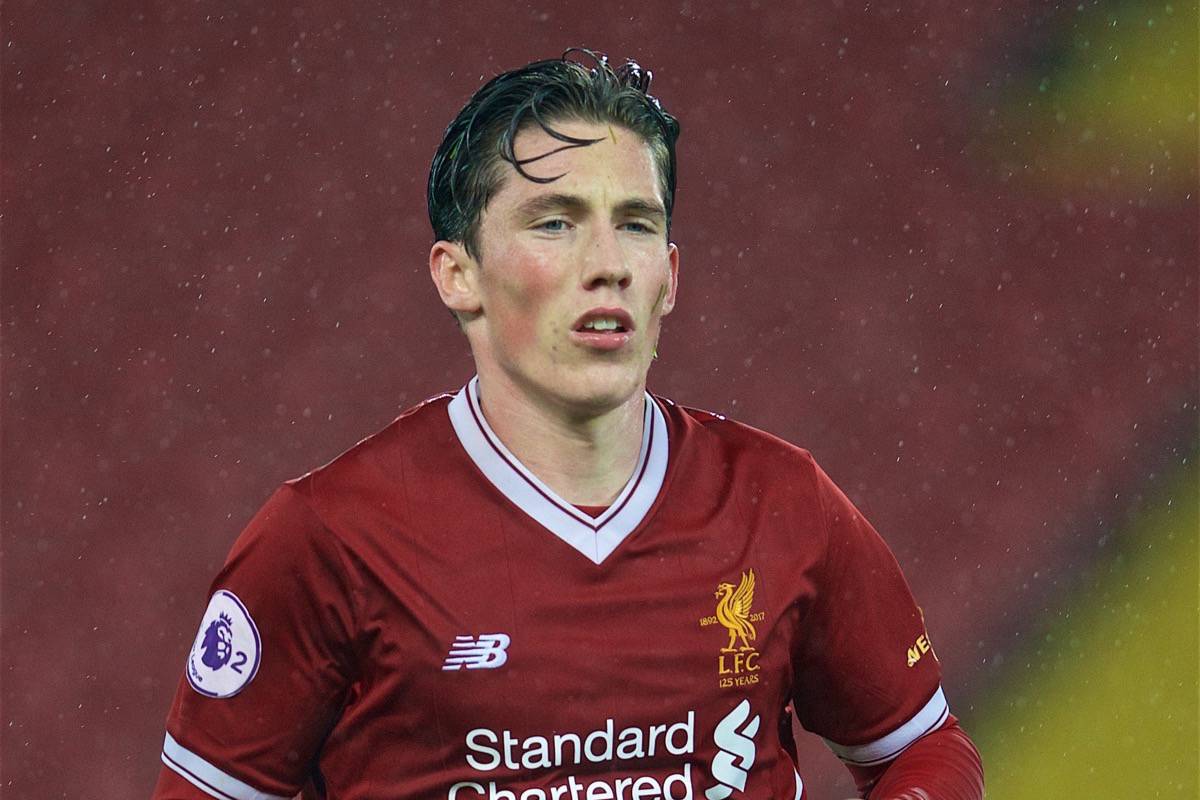 After years of steady development, and one failed loan spell in the Brendan Rodgers era, Harry Wilson appears to have killed the boy and let the man be born, writes Samuel Cox.

It is approaching five years since the prodigiously talented youngster debuted to become both Wales’ youngest player and Liverpool’s youngest international, at just 16 years and 207 days of age.

More recently, on the last day of January this year, Wilson was sent on loan to Hull City and since then he has scored seven goals and assisted a further four in just thirteen performances, playing a key role in keeping the Tigers in the Championship.

Thus far it appears a straightforward story of a young man fulfilling his potential, but what happened in the intervening four and a half years? It is a story of the long and winding road a young players development can take.

With the benefit of hindsight, young Harry was ill-equipped at that age to compete at international level, being a boy in every sense of the word; despite his technical gifts he was small and physically slight. However, those records are his own and without doubt carrying their weight, has made the man.

Of course, there was more than a suggestion that Wales gave him his international bow so young in order to ensure he couldn’t switch international allegiance. That could reap benefits now as Wilson matures into a talented attacker.

Wilson was a staple and standout of Liverpool’s youth teams, before going on a four-month loan to Crewe Alexandra in August 2015, in what proved to be a cautionary tale.

Harry would be excluded from starting a game until the October, before being recalled at the beginning of September. He would make just seven appearances, but only three starts.

It is hard to see Wilson’s time at Crewe as anything but a failure, though the nature of the club upon his return would have inspired fresh shoots of hope.

Amidst all the turmoil and euphoria of managerial change, Jurgen Klopp quickly instituted a different policy and recalled many of the Reds’ loanees.

In the lead up to the 2016/17 season Wilson was named under-23 captain, and he made his long-foretold first-team debut in January 2017, in the FA Cup at Plymouth.

The club looked to loan Wilson out at the beginning of this season but found no suitable suitors, before Hull made their move in the January window. In-between Wilson’s wildly different loan experiences, he performed regularly for the under-23s, while also battling injury issues along the way. The now 21-year-old’s under-23 record was largely exceptional, and it could be argued he merited more game time, but his style was never outrageously eye-catching.

At under-23 level he was often defined by clever movement, operating between the lines with subtle technique and clean finishing. Sometimes his thunder was stolen by flashier more athletic talents, in what was a very strong team.

Nonetheless, his choice as captain showed the character of the young man and faith he inspired in his coaches. Indeed, Under-23s coach Neil Critchley recently expressed how he has been as ecstatic with Wilson’s form at Hull City as he has been with the club’s progression in the Champions League.

Wilson’s story is a tale of two loans, showing the benefit of finding the right club and right moment for the young player, but there are so many other intangibles, which are amplified by Liverpool not having any control.

How many of our players out on loan this season were a success? Divock Origi has never looked like the same player who had a fleeting rich vein of form in red, while Jon Flanagan is another shadow of his former self. Ryan Kent has struggled to make Bristol City’s squad.

Leaving the club on loan is most certainly a double-edged sword, yet as Wilson’s Hull City experience shows, it’s a sword which can occasionally cut the right way.

Out of the flames of youth, the Young Dragon has emerged breathing fire. At Hull he has shown a class and composure, scoring some fabulous goals, displaying the instinct, composure and class he sharpened down to a fine point in the under-23s.

Goals have been scored, assists contributed, and penalties won.

March was the month he announced himself, producing a string of white-hot performances for the Yorkshire side, resulting in him being named the club’s Player of the Month.

He then followed up his Championship form by scoring his first international goal all on his 21st birthday (below).

Wilson’s first international goal encapsulates his quality; a surging, intelligent run along the inside right wing, followed by a swivel of the hips, one clean touch to set the ball onto his left and wrong foot the defender followed by a Mohamed Salah-esque left-foot curler into the upper side netting.

Wilson’s form and goal threat from either a wing or attacking midfield position demands he be given opportunities next season; this is a pedigree player. As Critchley notes, “Goalscorers are very difficult to leave out of the team.”

Just want to say a big thank you to everyone @HullCity,Really enjoyed my time at the club,my teammates and staff who were great with me from the moment I walked in the dressing room and a special mention to the fans who were brilliant throughout my loan spell! Thank you?

Speaking this week, Wilson spoke of the opportunity he hopes to have in pre-season:

“The players who go to the World Cup will be given time off after the tournament and won’t be around in early July.

“That could give me the chance to get in the team. Then it will be up to me to impress the manager and stay in it.

“It’s great to see what Trent has achieved this season. He’s a lad who has come along the same path as me at the Academy and hopefully that will be me playing for the first team next season.

“I want to come back here after the summer, have a strong pre-season and show what I can do. I’ve got belief in my own ability.”

He’s certainly earned the opportunity to impress Klopp, and he should be ahead of the likes of Kent and Sheyi Ojo in the manager’s thoughts this summer.