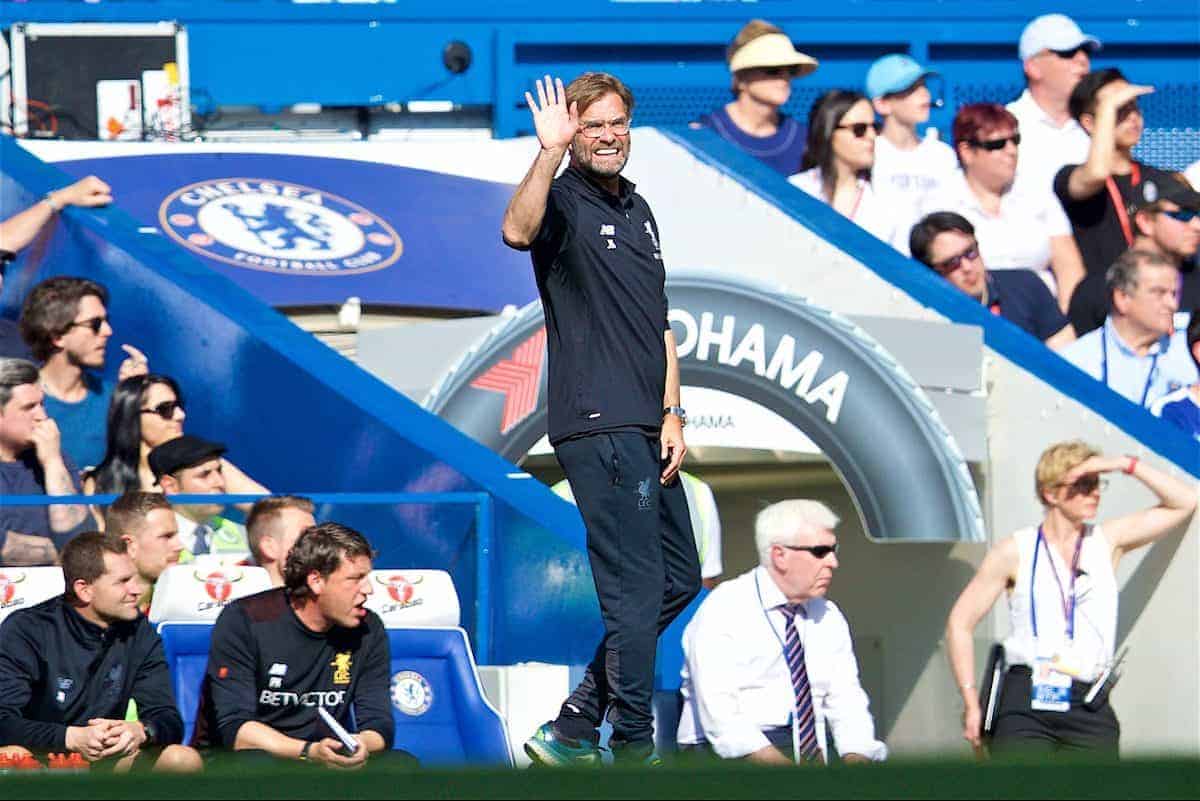 Antonio Conte had almost written off Chelsea’s Champions League qualification hopes a month ago, but now dares to dream of upsetting Liverpool or Tottenham and claiming a place in the Premier League top four.

A 1-0 win over Champions League finalists Liverpool on Sunday, courtesy of Olivier Giroud’s first-half header, saw the Blues move within two points of Spurs with two games to play. The Reds are a point better off.

“One month ago it was impossible to imagine to arrive at the end and fight for a place in the Champions League,” Conte said.

“Now there is hope. We are getting in every game three points. Our opponents are dropping points. But our future is not in our hands.

“We’re putting pressure on the teams that stay ahead of us. I don’t know if this will be enough at the end of the season. But we have to try.”

Chelsea play Huddersfield at home on Wednesday and at Newcastle on next Sunday’s final day, when Liverpool play Brighton needing a win to be certain of a top-four place.

Spurs, who lost at West Brom on Saturday, play Newcastle on Wednesday and Leicester on the final day. Both games are at their temporary Wembley home.

And the German admitted his side must treat the Brighton game as a final ahead of the May 26 clash with Real Madrid in Kiev.

“I’m not shocked or surprised that happened today,” Klopp said.

“If you asked what I wanted this morning when I woke up: nice and easy, 3-0 win, going home enjoying the sun and don’t care about Brighton and prepare already the final.

“Did I think that would happen? I was not sure. That’s the situation. Everything else is absolutely OK.

“Chelsea have to win the game as well. We play the last game at home and Chelsea play at Newcastle. That doesn’t sound like a holiday trip for me.”

Liverpool secured a top-four place last season on the final day with victory over Middlesbrough.

“The boys showed me they are really ready to fight. The situation is very intense for the boys. I’m really happy and proud of them.”

The Egyptian is still chasing the 38-game, single season Premier League record of 32 goals—he has 31—and was booked for diving on a frustrating afternoon against his former club.

Klopp reprimanded Salah, but also was disappointed the grappling of Rudiger went unpunished.

“It was a dive or he waited for the contact. I’m not sure,” Klopp added. “That’s not what I want to see, that’s not what he wants to do. It happened.

“He can do much better. He will score again no doubt about that.” Conte was pleased with Chelsea’s combating of Salah, Roberto Firmino and Sadio Mane.

The Italian said: “They are very dangerous, these three strikers.

“Today we must be pleased, because I saw great desire, will to fight, great will to keep the hope alive to take a place in the Champions League.”

Conte said he would rotate his options against Huddersfield and expressed hope he would be able to call upon striker Alvaro Morata, who was unavailable on Sunday due to a minor injury.