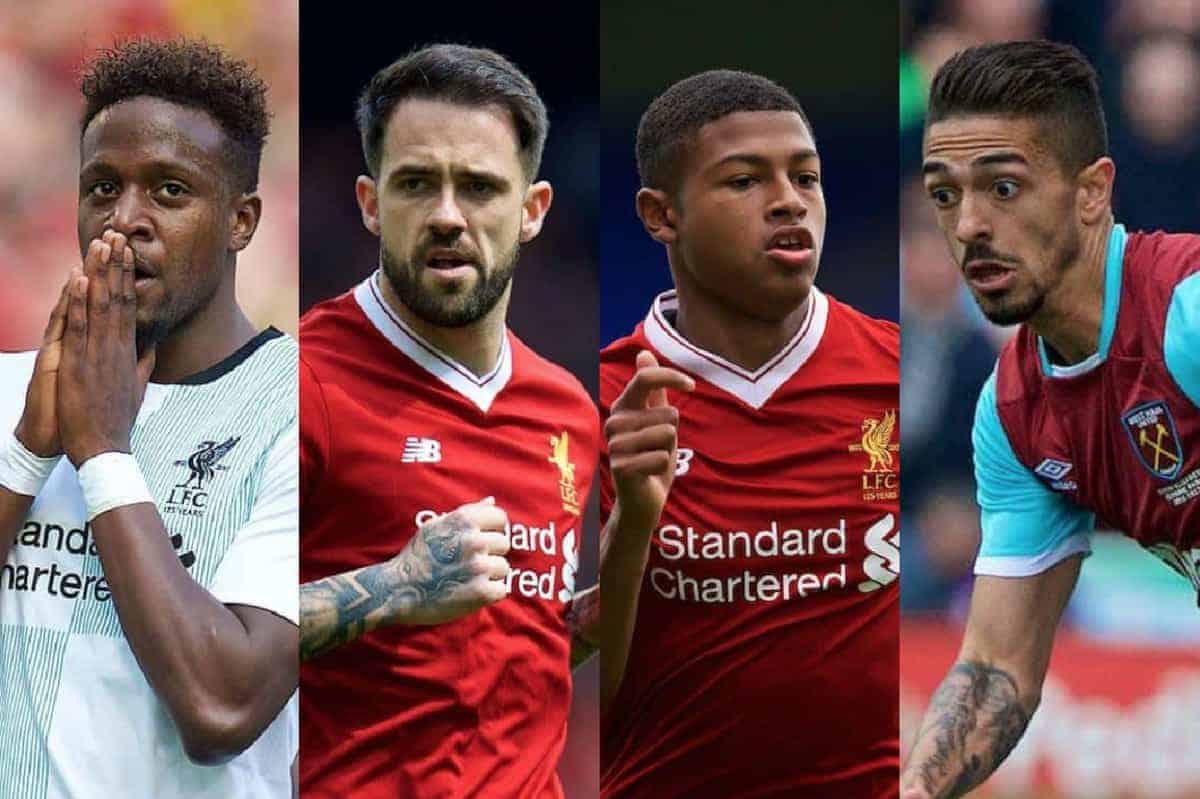 We round up the latest Liverpool news and rumours on Monday, as West Ham midfielder Manuel Lanzini is once again linked with a move to Anfield. With the summer transfer window set to open on May 17, speculation has already turned to which big-name players Jurgen Klopp will bring in ahead of 2017/18.

But the manager is likely to preside over a host of departures at the end of the season, too, with Goal‘s Neil Jones indicating that a host of strikers will leave.

He claims that “the Reds plan to offload at least two of Danny Ings, Daniel Sturridge and Divock Origi,” with no plans to replace them with an orthodox No. 9.

However, the Liverpool Echo‘s James Pearce has provided a contradictory update on the future of Origi, following the Belgian’s loan spell at Wolfsburg.

“Klopp intends to sit down with Origi and his representatives for talks once the season has finished,” Pearce explained.

“The message last summer was that Origi still had a future at Anfield but he hasn’t kicked on like Liverpool hoped.” Klopp’s plans to overhaul his attacking unit will be affected by the possible departure of young striker Rhian Brewster, however.

Brewster was expected to be fast-tracked into the first-team setup on his return from injury this summer, but it transpires the 18-year-old is considering a move away from the club.

Borussia Monchengladbach and RB Leipzig are both interested in signing Brewster, but Liverpool have triggered the third year of his scholarship, ensuring he cannot discuss a move away.

However, Jones claims the club “believe they have compelling evidence of meetings between Brewster and both Gladbach and Leipzig,” and “will consider reporting both clubs for making illegal approaches.”

The Reds still hope to convince Brewster his future lies on Merseyside, but this approach suggests an exit is more likely. West Ham playmaker Lanzini caught the eye on Sunday with a stunning brace in their 3-1 win over Everton, bringing his season’s tally to three goals and nine assists in 28 games.

The midfielder has been touted as a possible target for Liverpool since Philippe Coutinho‘s move to Barcelona in January, with fresh reports this week suggesting a move is in the offing.

Argentine publication Ole have claimed Lanzini “remains in Liverpool’s sights,” having monitored the 25-year-old “for months.”

Lanzini can operate in a variety of roles and is at his best in a central attacking midfield duty, and his versatility could be of interest to Klopp.

It is questionable whether he has the quality to step up to the challenge at Liverpool, but Argentina manager Jorge Sampaoli certainly believes so, having named him in his 35-man provisional squad for the World Cup. Lanzini will be hoping to earn his place in Sampaoli’s final squad for Russia, as will a host of Liverpool players as the first names are confirmed in their national team squads.

Mohamed Salah has been called up to the Egypt squad and Dejan Lovren is in the provisional Croatia selection, while Roberto Firmino is part of the Brazil squad.

Taiwo Awoniyi has missed out on a Nigeria call-up, however, while Andy Robertson has been left out for Scotland’s upcoming friendly clashes with Peru and Mexico.