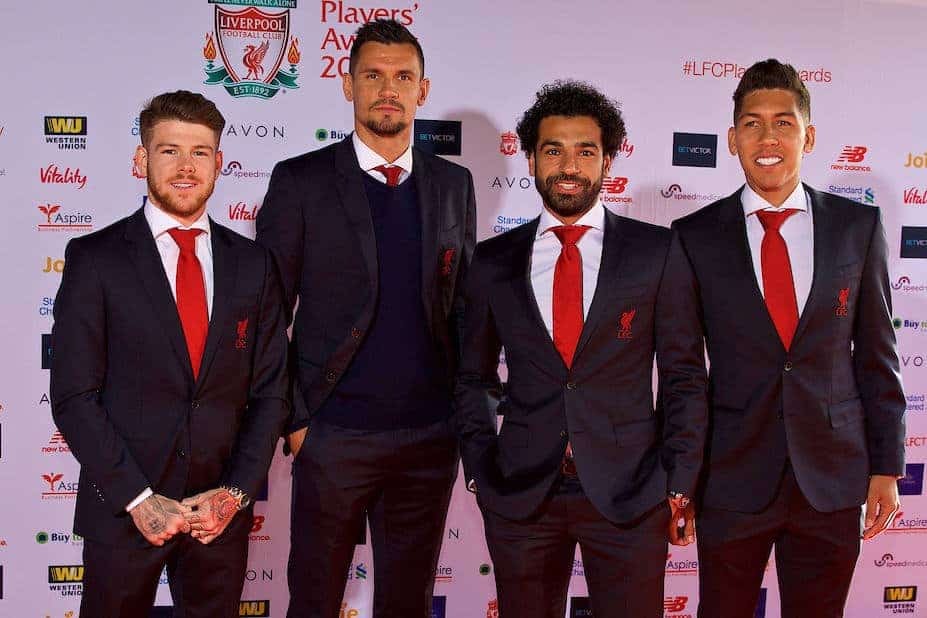 The Egyptian collected his award early in the evening at Anfield in order to allow him to fly to London to collect the FWA award later on the night.

The Reds’ Goal of the Season award went to Alex Oxlade-Chamberlain for his strike against Man City in the Champions League. All the Reds’ staff were at Anfield for the night, including LFC Ladies – whose top awards went to midfielder Sophie Ingle and captain Gemma Bonner.

There were, though, a couple of absentees, with no Zeljko Buvac in attendance, or Emre Can – the midfielder is still back in Germany apparently receiving treatment for his reported back injury.

Also in attendance were former players Ian Callaghan, Chris Lawler and Roy Evans, among others.

The final award of the evening went to 1978 European Cup winning squad, who were given the Outstanding Team Achievement award.