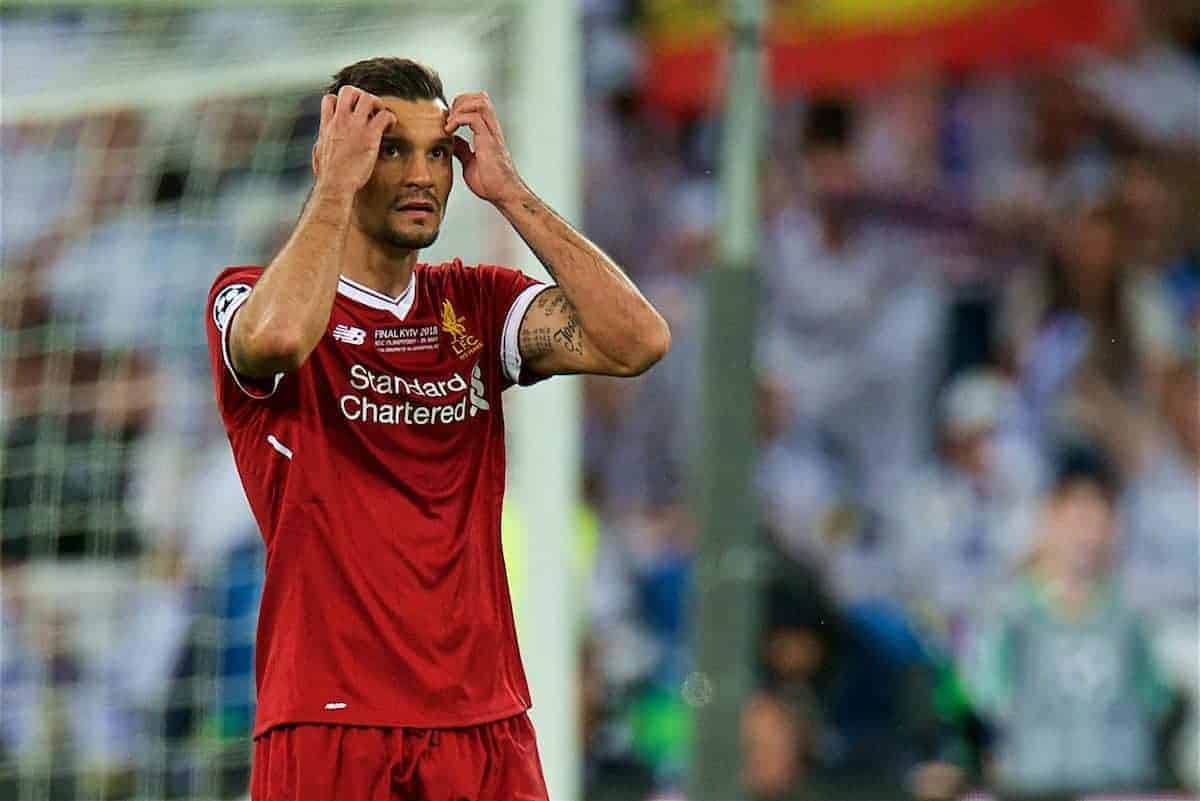 Liverpool supporters were left heartbroken but proud after the Reds lost in the Champions League final against Real Madrid.

Ahead of the game the Kyiv atmosphere was tremendous, as the Reds revelled in being back in the big time…

There’s certainly more Reds in the stadium, and more noise from the Reds.

The early injury to Mohamed Salah was a devastating blow, however…

Salah is in surgery and Ramos lifts the cup. Perfectly fitting for this world we’re stuck in.

Don't tell me Sergio Ramos didn't intend to injure Salah, you don't hold a player's arm as he's falling without intending to injure them. Then he's been diving all over the pitch for the rest of the game. I'll never respect him.

The BBC are reporting that it's a dislocated shoulder for Salah. If that''s the case he will miss the World Cup. pic.twitter.com/Sb2S0WzhDu

Awful from Karius, but I'm not blaming anyone tonight.
Ramos taking out Salah was the turning point tonight.
It's been fantastic, but sad the way it's ending. Still onwards and upwards for LFC

But two Bale goals and two Karius mistakes ended the Reds’ hopes of victory, after Mane had cancelled out Benzema’s opener…

There’s no words, Karius has made the biggest error possible.

Credit to Karius going to the fans asking for forgiveness & apologising, tears streaming down his face.

Couldn’t be anything more than proud. Lost a team with an unrivalled winning mentality and without the world’s most in form player. Karius an utter disaster, that’s life.

Wonderful time to be a Red.

Horrible seeing Karius apologising to the Liverpool fans walking round the stadium on his own in tears….heartening to see the reaction of the fans towards him

Several players came in for praise, including goalscorer Mane…

Well, the back four didn't look out of place tonight. All of them superb on the night.

Can i just say, for all the stick Dejan Lovren has had, he had the game of his life out there tonight and didn't deserve to be on the losing side. Robertson outstanding as well…..

Devastating. It's one thing to lose but to leave so many regrets behind us just makes it that much more painful. Mane, Robertson and Lovren the best for Liverpool.

Trent and Lovren absolutely shafted Ronaldo. He genuinley didn’t do anything that game. Don’t bother @ing me because you’re wrong if you disagree

More than anything, fans were proud of how far the team have come under Klopp…

Proud of every single Liverpool player and supporter who lived the dream and dragged us all to this #uclfinal with class and ambition, against all odds. Onwards and fucking upwards ? #LFC

I could care less what any of you could say, I’m so proud of that squad. Fair play to them. They’ll be back

Absolutely gutted to lose that. We gave it everything. Two of the goals are difficult to take. But that Bale goal was fantastic.

Nobody expected us to be here, im still proud of this team, proud of Klopp. We’ve created some fantastic memories, songs and stories to tell.