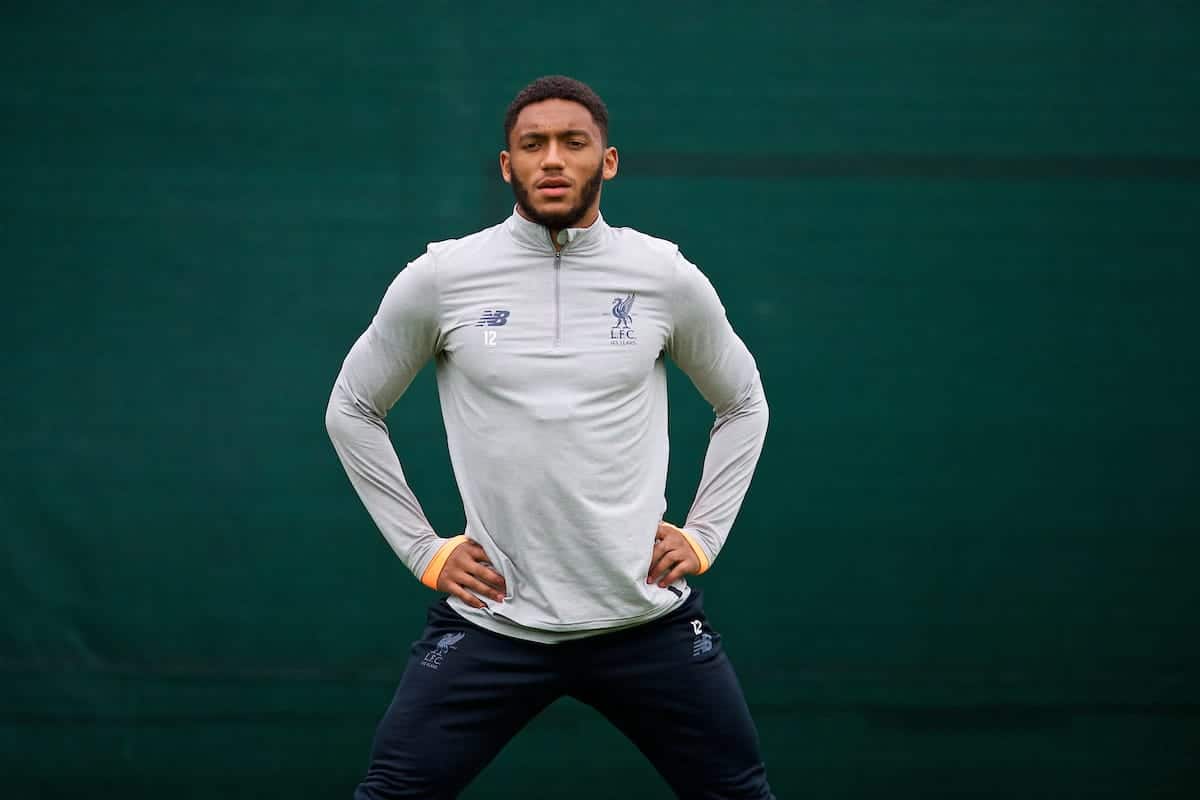 Joe Gomez will miss the Champions League final and possibly the World Cup, with Liverpool fans expressing their sympathy for the defender.

It was revealed on Tuesday that the 20-year-old will undergo ankle surgery, and will therefore play no part in Kiev later this month.

Gomez is also expected to miss the World Cup this summer, having previously emerged as a contender to start for the Three Lions in Russia.

It is a cruel blow for the defender, who had already missed a month of action with the same ankle injury before returning against West Brom in late April.

Supporters have been giving their thoughts on Twitter, Facebook and our forums, with many respecting Gomez’s decision to play through the pain barrier against the Baggies and Stoke City.

Big blow for @J_Gomez97 as he undergoes ankle surgery which rules him out of the Champions League final. Had been playing through the pain, notably vs Stoke. Rotten luck for a lad who deserves some good fortune with injuries.

Gomez was very down when he stopped to do an interview after the Stoke game. The stick he got that day was unfair. Had played in pain with a swollen ankle to do a job for the team. Gifted young defender with big future ahead of him.

“That news does, to a great extent, explain why his performances were well off in both matches. Glad we only have two more matches to play at the rate players are falling out of contention through injury.”

– Strictly Armchair on the forums.

Makes a lot of sense in explaining why his performances dropped off a cliff in those games. Hope for a swift discovery for him. #LFC https://t.co/hEEOcEU5Lm

Joe Gomez was the ideal option on the right of a back three for England too. He and Oxlade-Chamberlain will be missed. https://t.co/GeDmEEyEr9

That's a cruel blow for Joe Gomez, missing the CL final and likely the World Cup.

Looked so off the pace against WBA and Stoke – clearly wasn't remotely fit.

He was so under par that he appeared to be unfit and it turns out it was the case. https://t.co/djSiQ4KWfm

Hearing about Joe Gomez sacrificing himself through Stoke and West Brom with pain has shocked me. Sad but brave of him risked himself to put his team first and played a massive part of reaching the final by allowing Trent to rest. Massive thanks for your contribution @J_Gomez97.

Unlucky Joe Gomez. Missing the UCL final and potentially the WC. Was there any need for him though to play against West Brom and Stoke so soon after his injury return? #LFC

Joe Gomez didn’t have the best of run ins but news has just broke he played through the pain barrier V West Brom thus counting himself out of the C L final and a possible W C Cup with England. Fair play lad. Best wishes for a quick recovery and come back stronger next season

Joe Gomez out of the World Cup apparently. Southgate will be gutted about that because he rates him highly. Maybe Smalling might get a look in now or maybe Alexander-Arnold

If Gomez misses the World Cup, could open the door for TAA. Stranger things have happened.

Huge respect to Gomez for playing against West Brom and Stoke despite a swollen ankle. An injury that comes as a huge personal loss to the youngster, missing out on the World Cup and CL final. Speedy recovery, @J_Gomez97.