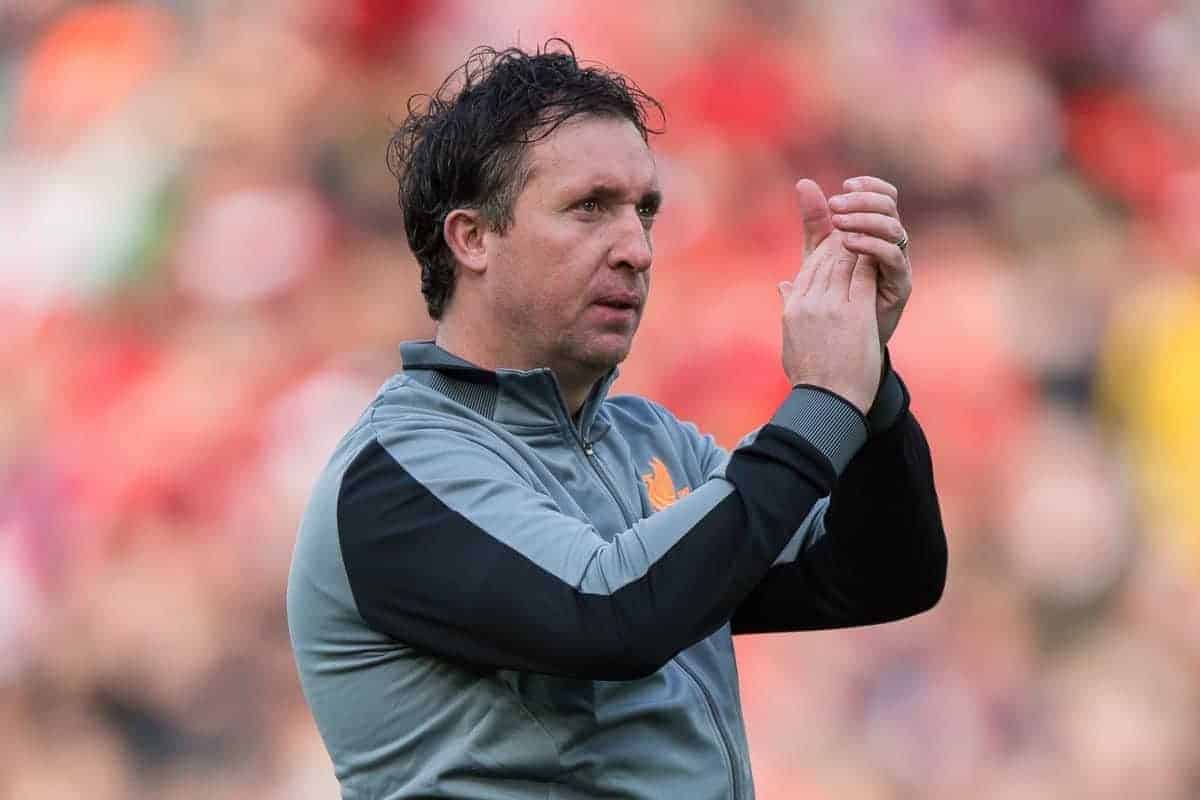 With Steven Gerrard vacating his role with the Liverpool U18s to take over as Rangers manager, Reds legend Robbie Fowler could be his replacement.

Gerrard left the Reds for his first senior managerial position on Friday afternoon, signing a four-year deal with the Scottish Premiership side as he embarks on a new career path.

The 37-year-old spent just 15 months back at Liverpool after a short stint as a player with LA Galaxy, but leaves with the blessing of Jurgen Klopp.

And with former first-team development coach Pepijn Lijnders having already departed for NEC Nijmegen and assistant manager Zeljko Buvac expected to leave in the near future, there are major roles to fill this summer.

According to the Liverpool Echo, the Reds currently “don’t have a replacement for Gerrard lined up and are considering their options,” but Fowler is a leading candidate.

Fowler received his UEFA Pro Licence, the highest coaching qualification and mandatory for all managers working in the Premier League, alongside current Derby County boss Gary Rowett in June.

He has worked in an informal role at the Liverpool academy since 2013, but speaking to Soccer AM in September confirmed he was looking for an inroad into management.

“The pro licence was very good and I really enjoyed it,” he explained.

“I want to be a manager and that’s my end game. I miss the game and I’ve got plenty to give as well.” Fowler is six years Gerrard’s senior but would be wise to take up an opportunity with Liverpool if ultimately offered it.

At 43, he is still relatively young as a coach, and cutting his teeth on a regular basis with the U18s would provide him with the perfect primer, just as it has Gerrard.

Similar to Gerrard, too, having Fowler in charge at Kirkby would provide the young Reds with an ideal role model, with his nickname, God, surely not lost on even the youngest in the U18 ranks.

The likes of Glen McAuley, Dan Griffiths and Fidel O’Rourke, and others breaking through from the U16s next season, would certainly benefit from Fowler’s influence.

But his biggest challenge would be to translate his coaching abilities on a squad-wide basis, with Gerrard earning his opportunity at Rangers by showcasing genuine tactical acumen.

It remains to be seen whether Fowler will be appointed as new U18s manager, but it seems sensible to follow this approach and utilise former players.

The likes of Xabi Alonso, Dirk Kuyt and even ex-Brighton manager Sami Hyypia would be brilliant options if they are open to the role.