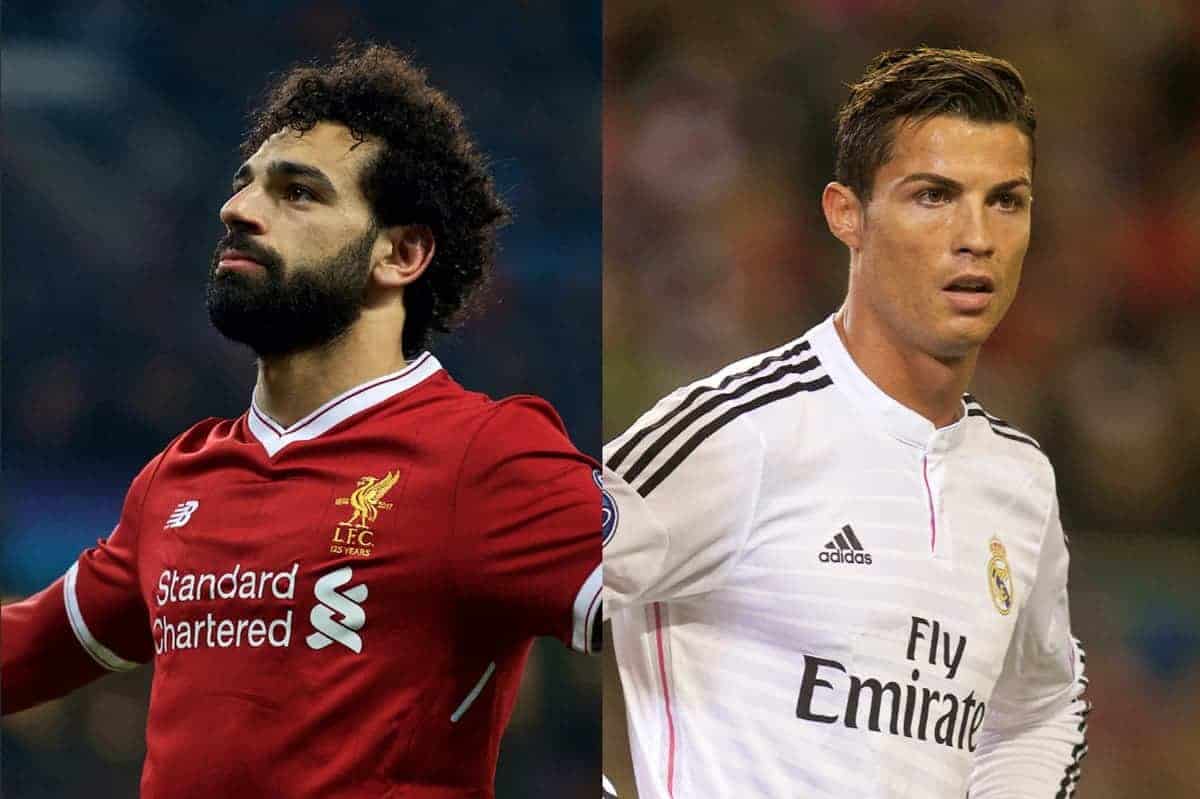 Liverpool face Real Madrid in the Champions League final on Saturday in Kyiv. Here, Press Association Sport looks at some of the issues surrounding the game.

Inevitably the respective managers were asked which player is better.

Mohamed Salah has had the best individual season of any player in Europe, scoring 44 goals so far and winning the Premier League Golden Boot.

Ronaldo is the Champions League’s leading scorer with 15 goals in the current campaign but, at 33, is seven years Salah’s senior and is not the force he was a couple of seasons ago.

Real’s team revolves around Ronaldo whereas Salah’s success has come from the team ethic which Klopp has instilled. Liverpool are the competition’s top scorers this season with 40 (not including six in a qualifier against Hoffenheim) which is 10 more than Real have managed despite Ronaldo leading the individual charts with 15.

However, Liverpool have the next three top scorers in Salah and Roberto Firmino (10 apiece) and Sadio Mane (nine).

They also have the top two players for assists in James Milner (nine) and Firmino (eight).

Liverpool have failed to score in only one of their Champions League matches this season—a goalless draw against Porto having won the first leg 5-0—while Real have found the net in all their games.

A Case For the Defence Then? Liverpool have kept six clean sheets so far with half of them coming in the knockout stage when the world’s most expensive defender Virgil van Dijk was involved following his £75 million January move.

The Holland captain has provided a commanding presence to the team and is a composed, calming influence on those around him.

Real have managed only three clean sheets and two of those came against minnows Apoel in the group stage.

However, the defending champions have wily campaigner Sergio Ramos, the no-nonsense linchpin of Real’s defence for the last decade who knows every trick in the book when it comes to gamesmanship and getting a result. Liverpool’s Emre Can has returned to full training after almost two months out with a back injury and is in contention for the final.

The Germany international would certainly add more quality to a midfield which has been coping under the strain of losing Alex Oxlade-Chamberlain to a serious knee injury and Adam Lallana’s intermittent involvement.

However, the caveat which comes with Can is that he is destined to leave the club next month on a free having turned down Liverpool’s offer of a new contract.

Klopp places a huge emphasis on loyalty and togetherness and Can’s stance, while professional, does not fit the team’s ethos.

Bale Back to His Best? The Wales international has been troubled by injury this season, restricting him to just six appearances in the Champions League with a return of one goal (against Borussia Dortmund) and two assists.

However, he finished the domestic campaign strongly with four goals in his last three matches, including scoring in the Clasico against Barcelona, and Zidane has praised his form and consistency.

He scored in his first Champions League final in 2014 but has not found the net in the subsequent two, and started last season’s final on the bench.