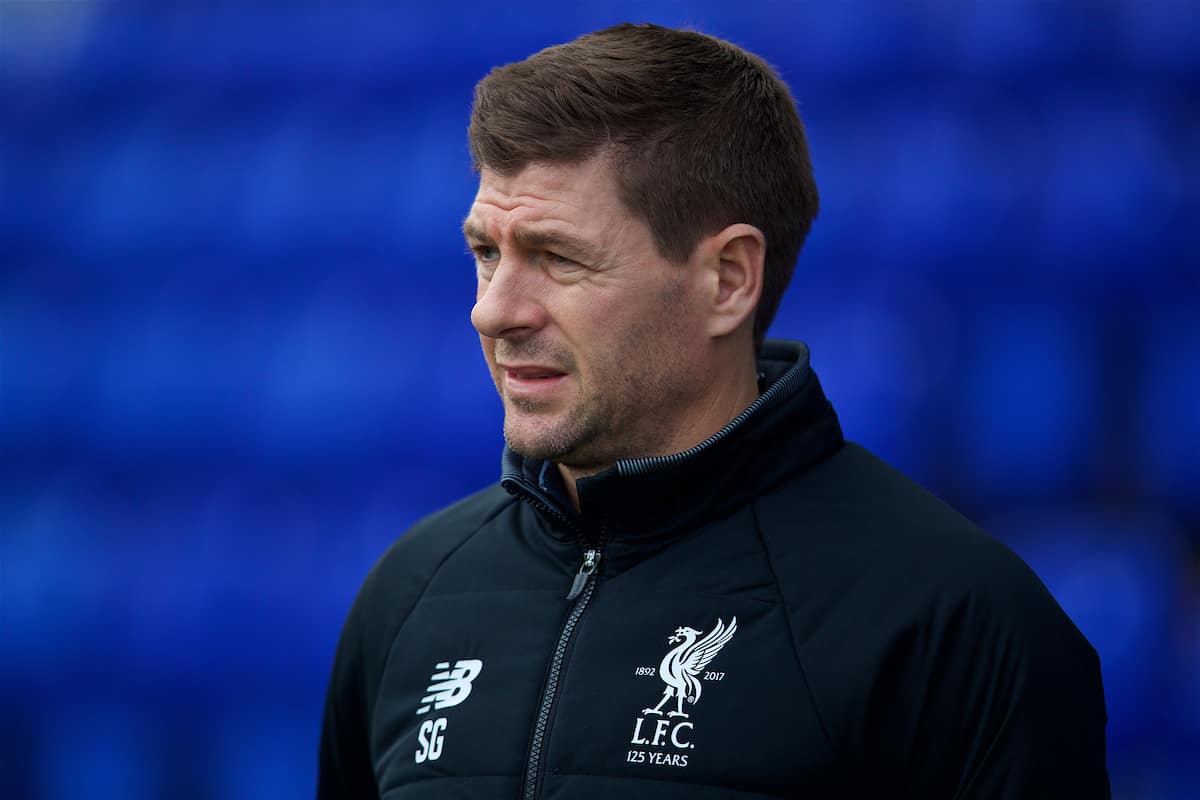 Steven Gerrard has been confirmed as the new manager of Scottish Premiership side Glasgow Rangers, leaving his previous job as Liverpool under-18s coach.

Gerrard returned to his boyhood club at the start of last year, before taking over from Neil Critchley as manager of the Reds’ academy side.

The iconic midfielder produced an impressive run in his maiden campaign as a full-time coach, though the U18s suffered a drop in form following a host of promotions to U23 level.

But with the likes of Curtis Jones and Rafa Camacho now training regularly under Jurgen Klopp at Melwood, Gerrard’s influence in his short spell with Liverpool is clear.

Gerrard takes up his role in the summer, and said: “I am honoured to become the next manager of Rangers. I have enormous respect for this football club, and its history and tradition.

“I can’t wait to start this new journey at Rangers as we look to build on the many successes that this Club has achieved.”

The Reds will now be required to find a successor, with former Under-23s coach Michael Beale a likely candidate after his return to the academy earlier this year.

Also leaving Liverpool will be Gary McAllister, who will join the Scottish side as Gerrard’s assistant. McAllister has been working as a Liverpool ambassador since Brendan Rodgers’ sacking. One of the reported first-names on Gerrard’s wishlist is former Liverpool defender Martin Skrtel.

It will be interesting to see if Gerrard looks to take any of Liverpool’s promising youth players on loan north of the border this summer.

Gerrard’s departure is the third from Liverpool’s coaching staff this season, with first-team development coach Pepijn Lijnders leaving in January and assistant Zeljko Buvac currently away from the club for “personal reasons”. It means Liverpool could need to add three new coaching staff this summer.

For Gerrard, it’s a bold and ambitious move as he seeks the competitive environment he so thrived in as a player. Rangers are currently third in the SPL, 13 points behind Celtic, who they lost to 5-0 last weekend in the Old Firm derby.