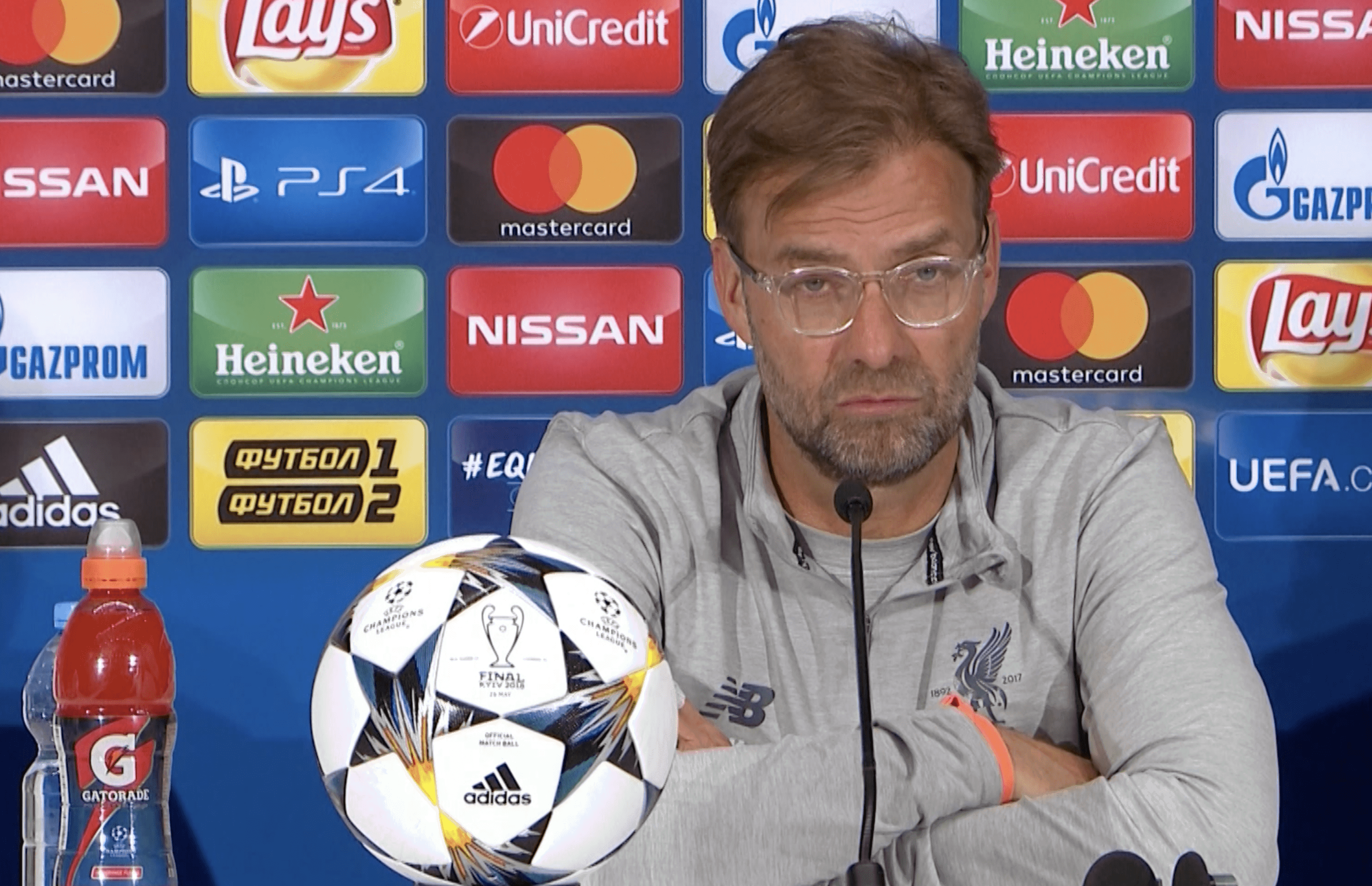 Jurgen Klopp was understandably frustrated as he spoke to reporters after Liverpool’s 3-1 loss to Real Madrid in the Champions League final.

The Reds fell to defeat on a night marred by Mohamed Salah‘s injury and two glaring errors from Loris Karius, as Karim Benzema and Gareth Bale fired Real to another European Cup.

A night that began with great optimism, and a fast start by the underdogs, crumbled after Salah was forced off with a shoulder injury on the half-hour, buoyed briefly by Sadio Mane‘s strike.

Karius took the majority of the criticism after the game but, true to form, Klopp shouldered the blame in his post-match press conference.

“I’m not fine, I’m the opposite of fine, but I try to be professional,” he said.

“What you cannot avoid is the feeling you have the night after the game.

“We all feel really, really bad, and the way home will not be the best trip we ever had in our life but we have to accept it now.”