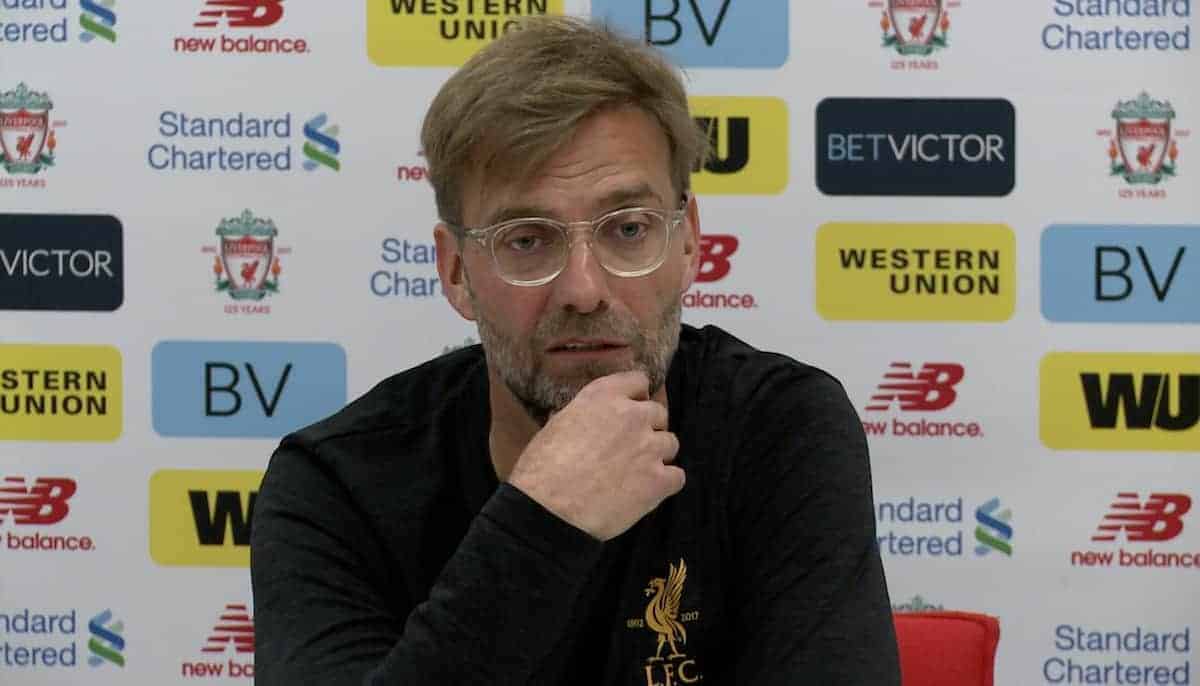 Jurgen Klopp held his final pre-match press conference of the Premier League season on Friday, ahead of Liverpool’s home game with Brighton Sunday.

In a fairly low-key press conference, the boss spoke at how pleasing it was to have had a week between the Reds’ last game, at Chelsea, and their final league game of the season against Brighton on Sunday.

Team news-wise, there was nothing reported, although Adam Lallana is now back in full training and therefore available for Sunday’s match.

Klopp was again asked about Emre Can‘s situation, but said that there was nothing new on either his injury status or contract situation. The midfielder remains in Germany and has almost certainly played his last game for the club.

Elsewhere, Klopp appeared annoyed at the timing of end of season awards events that took place on Thursday, with the club’s own awards clashing with the Footballer Writers Association gala in London – both events were attended by Mo Salah as he collected the top accolades.