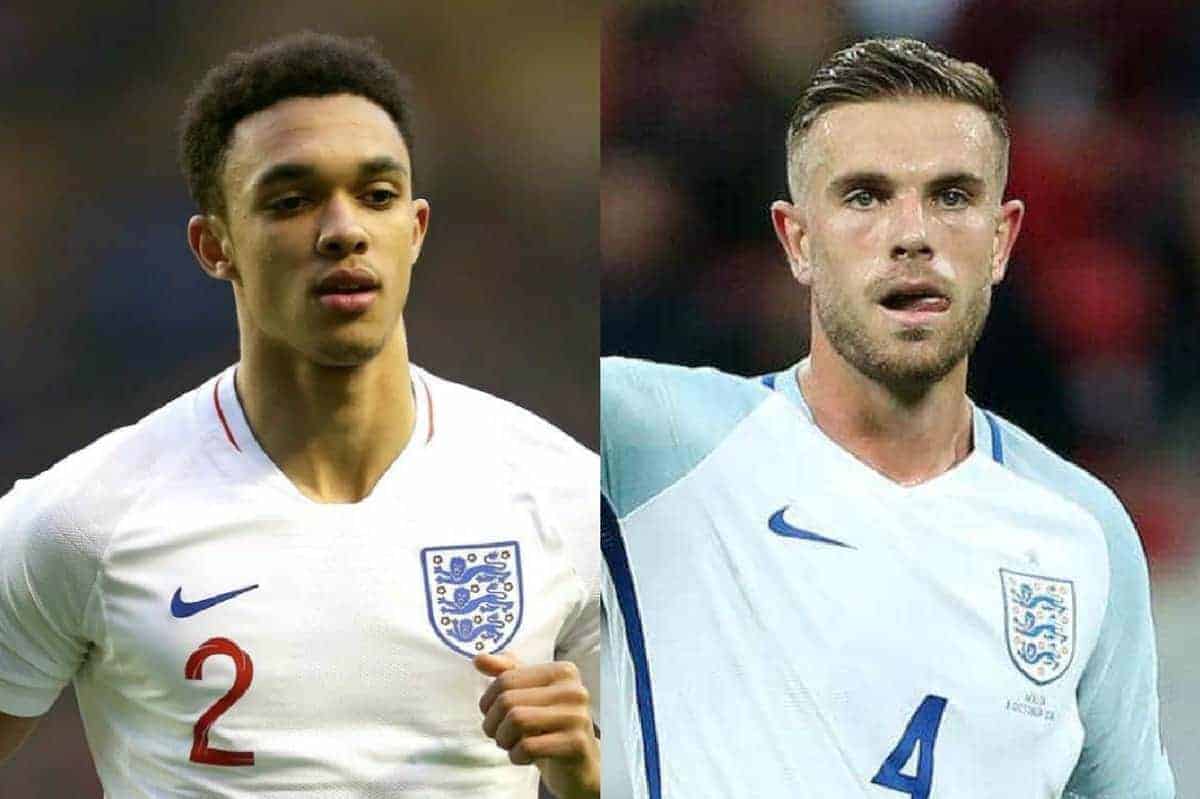 Trent Alexander-Arnold‘s call-up to the England squad for this summer’s World Cup has left Liverpool supporters delighted for the youngster.

Alexander-Arnold has been selected in Gareth Southgate’s 23-man squad for the tournament in Russia, which gets underway on June 14.

Jordan Henderson will also be representing the Reds for the Three Lions, with the 27-year-old a leading contender to be captain, along with Tottenham‘s Harry Kane.

Adam Lallana has missed out, but is on the five-man standby list, while Joe Gomez and Alex Oxlade-Chamberlain‘s season-ending injuries ruled them out of contention.

Fans took to social media on the announcement, with Alexander-Arnold unsurprisingly receiving the majority of the praise.

I adore Trent, good for him going the World Cup like, thoroughly deserved.

Not made up myself like, because knowing England he'll come back badly injured or Southgate will have bored all of the Kloppism out of him.

Well-deserved call-up for @trentaa98. Big competition at right-back but he's had such a good season.

Made up for Trent Alexander-Arnold. Another great achievement in a stunning season.

Who would've predicted playing in a Champions League final and a place in the World Cup squad this time last year?

Name me another full back in Europe who has been as good as Trent this season at 19. I'll wait…

Get in Trent. Welbeck a total waste of a place. Lallana will be gutted, i thought he might sneak in. https://t.co/MggrxZYg5o

No Lallana. Probably for the best for the longevity of his career

Trent Alexander Arnold starts for Liverpool Football Club, is in the Champions League Final and is going to the World Cup at the age of 19.

Jordan Henderson is actually lifting the Champions League and World Cup trophies this summer isn’t he.

Delighted for Trent Alexander Arnold. Been excellent this season. Most impressive is the way he has bounced back after a poor performance against Man Utd. Bright future

TAA is having the sort of season you would see in a film like Goal.

Huge congratulations to @trentaa98 what a year for you young man. Just a winners medal in Kiev needed to round it off. Superb player with an incredible future

I wonder if Southgate will choose a Captain now. He's previously said he'd rotate (like Tite for Brazil). If he does pick one I think, after Kane's perceived selfishness, he'll pick Henderson. It can only be between these two.

What an achievement for @trentaa98. Playing in a Champions League final for his boyhood club and now called up for the World Cup squad, still only 19. Made up for him.

Really happy for Trent though, for no other reason than it will send his confidence and morale sky high which can only benefit us in Kiev.

Congrats to these two for making the @England World Cup squad – don't look so shocked Trent, you deserve it! pic.twitter.com/i3pmYXNEXJ