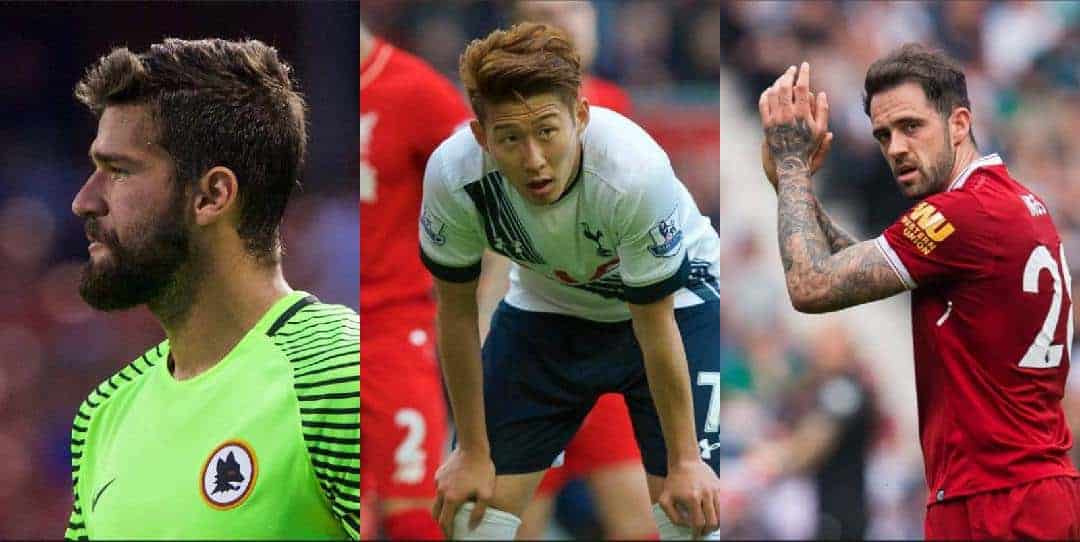 We round up the latest Liverpool FC news and transfer rumours on Wednesday, on the day Naby Keita was officially unveiled as a Red.

No Alisson Bids Yet

The future of Roma goalkeeper Alisson is likely to rumble on all summer, with the Brazilian hotly-tipped to join Real Madrid and also linked with moving to Liverpool.

Despite the reported interest in the highly-rated 25-year-old, Roma sporting director Monchi claims no bid has been made yet.

“As of now we’ve had no offers for Alisson,” Monchi told reporters.

“All I think about is waiting for the World Cup to finish, but hopefully for Brazil that’s as late as possible, then he can rest, come here, and train with his team-mates.

“I want to make it clear: as of now no offer has arrived. I’ve read so much but no offer has come in. That’s the reality, and I have to work with reality.”

It would be a surprise if Alisson now didn’t head to Madrid before the start of the season, with Los Blancos thought to be his preferred destination.

It was yesteeday revealed that Danny Ings wants a move away from Anfield this summer, as he searches for regular first-team football.

That’s despite Jurgen Klopp said to keen to keep hold of him as a squad player.

The 25-year-old has been linked with a host of Premier League clubs, including Crystal Palace and Southampton. Reports from Turkish Football claimed he could join Fenerbahce before the start of the season.

Sporting director Damien Comolli, formerly at Liverpool, is thought to be the driving force behind the possible move.

It would be surprise switch, that’s for sure, but one that would enable Ings to play European football. The likes of Harry Kane, Christian Eriksen, Dele Alli and Mousa Dembele may make the chunk of the headlines for Tottenham, but Son Heung-min has turned into a very important figure in his own right.

German outlet Sport1 claim Liverpool are among several clubs who are interested in signing him this summer, as well as Man United.

It will be difficult to prise the 25-year-old away from north London, but a hefty bid could certainly turn Daniel Levy’s head.

Son, who was linked with Liverpool in 2012 and again in 2015, would be a superb buy should an unlikely deal materialise.

He is capable of playing out wide, in a No.10 role or even as a striker, and he would add so much quality and depth to the Reds’ attack.

Ryan Sessegnon is one of the most talked about young English players following some stunning performances for Fulham last season.

Such is the 18-year-old’s talent, he has been linked with numerous top clubs, with Liverpool one of those linked with making a huge summer bid for him.

They will have to wait according to the Times, however, with their stating that Sessegnon will extend his stay at Craven Cottage, along with fellow key man Tom Cairney.

In fairness to Sessegnon, he is making a wise decision ahead of his first season in the Premier League.

He could easily have moved to a bigger club but his playing him would likely have been limited and he may have gone backwards.