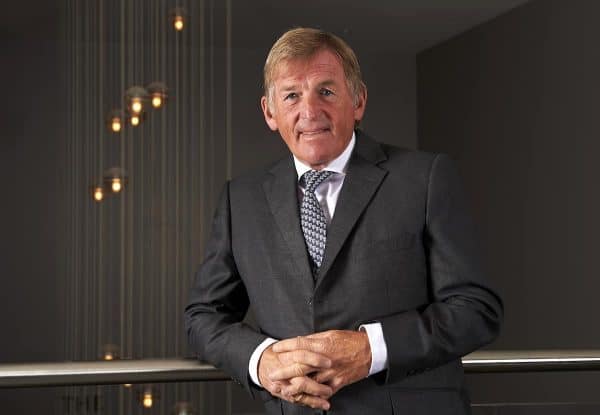 Kenny Dalglish was awarded a much-deserved knighthood on Friday evening, and the tributes pouring in have been plentiful for the King.

For his contributions on the football pitch as well as off it, Dalglish has represented a beacon of light for many, for his behaviour, his words and his human qualities.

And in the wake of him receiving what many feel is an overdue awarding of a knighthood, fans and media alike were quick to applaud the decision and Dalglish himself.

Former players were queuing up to offer their congratulations—not just ex-Reds, but from other clubs and even rivals

Congratulations SIR Kenny Dalglish.
It was a privilege to work with you. pic.twitter.com/82ZgPukn5w

Thrilled to see that Kenny Dalglish has been knighted. No one in football is more deserving. A truly great footballer and wonderfully empathetic human being. Arise Sir King Kenny.

Journalists and reporters were unanimous in noting Dalglish’s important contributions

Sir Kenny Dalglish. Totally deserved for his football work, his charity work and for holding a grieving community together in its darkest hour and for calling the Establishment, media and authorities to account over Hillsborough #lfc #SirKennyDalglish

Sir Kenny Dalglish. Jermain Defoe OBE. I don’t usually give a stuff about the honours list, but this made me smile. Two men whose humility and selflessness exceeds even their immense football talent

He made my childhood a misery but I have no compunction in writing this about Sir Kenny Dalglish – a richly, deserved and overdue honourhttps://t.co/ShgXHwPHD8

Sir Kenny Dalglish. Sounds perfect. Hugely deserved for an incredible career, phenomenal talent on and off the pitch but above all for the work he did for the victims of Hillsborough; the leadership shown when a City needed someone to believe in. #SirKenny

Knighthood for Kenny Dalglish. Typical of the man he acknowledges his family, players, coaches and managers. Thoroughly deserved for all he's achieved on and off the pitch.
Congratulations Sir Kenny. #LFC #SirKennyDalglish

A personal anecdote about Kenny Dalglish that, for me, captures everything that he’s about: During his second stint as Liverpool manager my dad was admitted to a hospice & Kenny found out. He rang me every day with out fail. I didn’t realise it then but he was counselling me.

After my dad died, one of the first calls I took was from Kenny. “If there’s anything I can do just let me know.” So when people say he’s an even greater person than he was a player it might be hard to believe because he was such a special talent but it’s unquestionably true.

“But it is Dalglish’s response to Hillsborough, immediately comforting fans and families, and his eternal compassion that defines him as a great man, an altruistic servant to club and community. Nobody would walk alone with Dalglish around. He was there for them, whatever the cost to his mind and body.
…
King Kenny should be Sir Kenny for his stature as a man, for his principles, for being strong for his community when most needed. For doing the right thing.”
–Henry Winter in the Times.

You'd struggle to find any Blue who has a bad word to say about Kenny Dalglish which says a lot about him as a person.
A knighthood deserved.

And, of course, the fans had their say on a momentous day for the man they have long called King Kenny.

The support Kenny Dalglish (and his wife, Marina) gave the families affected by the Hillsborough tragedy, can never be underestimated.

If ever a man was worthy of a knighthood, it’s King Kenny Dalglish. #JTF96

Kenny Dalglish was an absolute rock for this city in the wake of Hillsborough. A humble and brilliant man. A knighthood well deserved.#KingKenny #SirKennyDalglish

For his Footballing achievements alone, he should have been Knighted. But what he did for the city and club in its darkest hour in 1989 and all the charity work he has done with his wife, it's thoroughly deserved. #SirKingKenny #Dalglish #LFC

Watch the full interview as Sir Kenny reflects on his Knighthood: