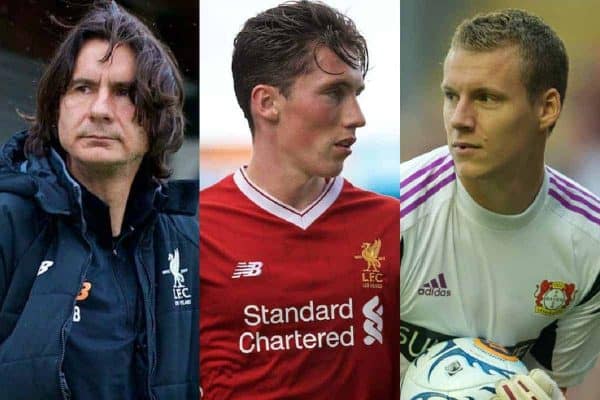 We round up the latest Liverpool news and transfer rumours on Wednesday, with the start of the 2018 World Cup just one day away.

Zeljko Buvac’s Liverpool future has been unclear ever since leaving his role as assistant manager at Anfield in late April.

Some reports have suggested his relationship with Jurgen Klopp has broken down, while others believe a return to Melwood could still be on the cards.

According to Turkish outlet Sporx, Buvac is on the verge of becoming Fenerbahce’s new manager.

The 50-year-old, known more commonly as ‘The Brain’, stood down from his role at Liverpool for personal reasons, following 17 years of working alongside Klopp.

There was a brief spell when he became the favourite for the vacant Arsenal job, but Turkey appears to be his next destination.

Harry Wilson is a young footballer with great potential, but there is every chance his game time will be limited at Liverpool next season.

Despite his ability, there are question marks over whether he has it in him to be a reliable squad member in a Reds team challenging for four trophies.

The 21-year-old shone on loan at Hull City in the second half of 2017/18, scoring seven times in 14 matches, and a temporary move to the Championship is again being mooted this summer.

According to the Yorkshire Evening Post, Leeds United have expressed an interest in signing Wilson on loan, with highly regarded manager Marco Bielsa tipped to take charge at Elland Road.

The report does state that “the weight of Premier League attention around him could take him elsewhere,” with both Huddersfield Town and newly promoted Fulham linked with permanent moves for the Wales international.

It would be a shame if Wilson wasn’t given an opportunity to shine at Anfield, but equally, keeping a young player around for the sake of it is no benefit to anybody.

Liverpool to Miss Out on Leno?

Much has been made of Liverpool’s goalkeeping situation, with Loris Karius under huge pressure after his Champions League final nightmare.

On top of that the futures of Simon Mignolet and Danny Ward are under scrutiny, leading to many supporters calling for a shakeup between the sticks.

Someone who has been linked with joining the Reds is Bayer Leverkusen’s Bernd Leno, but it looks as if they will miss out on him.

Sky Sports claim Arsenal are in advanced talks with the 26-year-old ahead of a summer move to the Emirates, which comes as a potential blow.

On Tuesday, it was claimed that Liverpool’s interest in Roma’s Alisson was on the wane, further clouding their current goalkeeping issues.

It may be that Klopp sticks with Karius if he can’t sign his ideal replacement, which could cause quite a stir.

Liverpool have only just got over the disappointment of losing to Real Madrid, but the Spanish giants are again proving to be a thorn in their side.

The player’s agent, Nick Arcuri, has claimed Liverpool were one of several clubs to express an interest in Santos youngster Rodrygo before he opted for Real:

“We had received offers of Liverpool, PSG and Barcelona. None of them, however, managed to match Santos’s asking price.

“Fifteen days ago Real Madrid chiefs called me to make an official offer to Santos. The proposal of Madrid was high enough for Santos and last week the club gave green light to Rodrygo’s Real Madrid move.

“The player has already undergone medical with Real Madrid, he will remain in Brazil until June 2019.”

However, it has previously been reported that Liverpool pulled out of an approach for the teenager last year due to his agent’s behaviour…