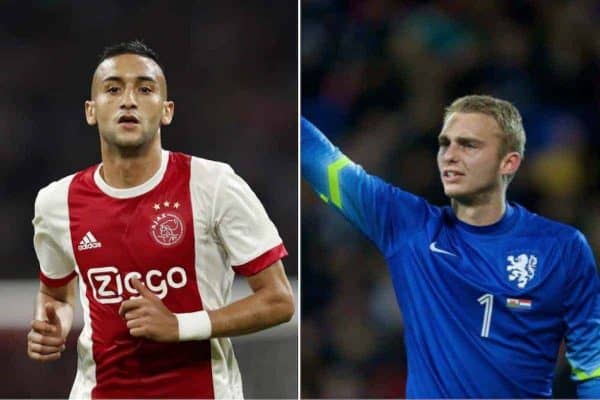 We round up the latest Liverpool FC news and transfer rumours on Tuesday, as Dejan Lovren prepares for more World Cup action.

Firmino To Miss Out Again For Brazil

Roberto Firmino has somehow been kept out of the Brazil side by Gabriel Jesus at the World Cup, despite the Liverpool man being in far better form.

After an impressive cameo against Costa Rica last Friday there have been calls for Firmino to start Wednesday’s crucial clash with Serbia, with a defeat likely to see the South American heavyweights eliminated.

The 26-year-old will again have to settle for a place on the substitutes’ bench, however, according to Globo Esporte.

Tite is expected to name an unchange starting lineup, meaning the under-fire Jesus will again get a chance to prove his worth.

To be leaving a player of Firmino’s class on the bench is a scandalous decision and it could cost Brazil.

Liverpool Turning Their Attention To Ziyech

The Nabil Fekir drama is set to rumble on well into the summer, but Liverpool are sure to be looking an alternatives, should a deal not happen.

Football Italia claim the Reds’ chances of signing Ajax’s highly-rated talisman Hakim Ziyech have been increased, due to Roma cooling their interest in the 25-year-old – no doubt due to them signing Javier Pastore this week.

Ziyech has just been knocked out of the World Cup with Morocco, but shone in his country’s 2-2 draw with Spain on Monday.

The silky attacker will be leaving Ajax this summer and host of clubs will be looking at him, with Liverpool one of those in the mix.

The report does also state that should Fekir end up moving to Anfield, his current club Lyon would look to bring in Ziyech as his replacement.

It’s quite the potential love triangle!

Marco Asensio is one of the most talked-about young players in Europe and he has become a more than reliable squad member for Real Madrid.

The 22-year-old is currently on World Cup duty with Spain, but that hasn’t stopped rumours about his future doing the rounds.

According to AS, “Liverpool are not prepared to give up on their pursuit” of Asensio, with an eye-watering €180 million in the pipeline.

Speaking after Spain’s 2-2 with Morocco on Monday, Asensio remained coy on the matter:

“It’s something that has come up before but I am very focused on the World Cup.

“When the tournament finishes there’ll be talk about this type of thing, but right now I’m just concentrating on putting in a good tournament with Spain.”

While this all sounds very exciting, considering Asensio’s unique talent, this doesn’t feel like a transfer that will happen, and the reports were quickly rubbished by Guillem Balague:

On Asensio. Liverpool have not made an offer and have no intention on making one. Of course they see their huge potential but no indication Real want to sell (they don't) or him wants to leave (he doesn't) pic.twitter.com/UNcEwT6keY

This definitely sounds like a player (his representatives) wanting a new contract.

Having been quite heavily linked with a summer switch to Liverpool, Jasper Cillessen seemed accepting of the fact he would stay at Barcelona.

It hasn’t taken too long for the rumours to return, however, with Mundo Deportiva, via Sport Witness, saying a possible deal is back on the cards.

The Spanish reports believe Cillessen will now be allowed to leave Camp Nou and that Liverpool have been ‘probing’ the signing.

Although the Dutch goalkeeper has a buyout clause of €60 million, it is thought he would be allowed to leave for half that amount.

The Worst Article Of The Year

Occasionally, an article comes along that misses the mark so much it deserves to be ripped to pieces.

The latest such example comes from ESPN’s Chris Jones, with the piece hilariously entitled, “Why Liverpool should sell Salah”.

Jones – no, no idea who he is either – claims Liverpool should consider getting rid of their star man because, “he will never be worth more.”

He goes on to add that, “Salah’s season, including its sad end, suggests that the best for him is no longer yet to come. His best has happened.”

It is clickbait at its very finest, and one of the worst opinion pieces you are likely to read in a while. I wonder who he supports! Don’t go looking for it, don’t give it the clicks they want.

Liverpool’s backroom team has been changing like the wind recently, with Zeljko Buvac’s likely permanent exit and Pepijn Lijnders‘ return the most high-profile alterations.

Now, one of the club’s scouts, Sebastian Frank, has been snapped up by Borussia Dortmund, according to Bild

Frank was part of Leicester City‘s scouting team when they sensationally won the Premier League in 2015/16 and has only been at Liverpool for 19 months.

It is believed that Frank is a replacement for Sven Mislintat, who joined Arsenal from the German giants last year.

He is set to team up with his brother Benjamin, assisting Dortmund’s chief scout, Marcus Pilawa.

Lazio’s Thomas Strakosha has been one of many goalkeepers tipped to join Liverpool this summer, as the club reportedly search for a Loris Karius replacement.

The Albania international now looks likely to stay with his current club, however, with CalcioMercato reporting that Lazio have decided against putting him on the market, “despite interest from several big clubs.”

The longer Liverpool go without nailing down one of Klopp’s rumoured main targets between the sticks, Alisson and Jan Oblak, the more it looks as though Karius will start next season as first-choice.

The reaction to that will be fun, if it happens.