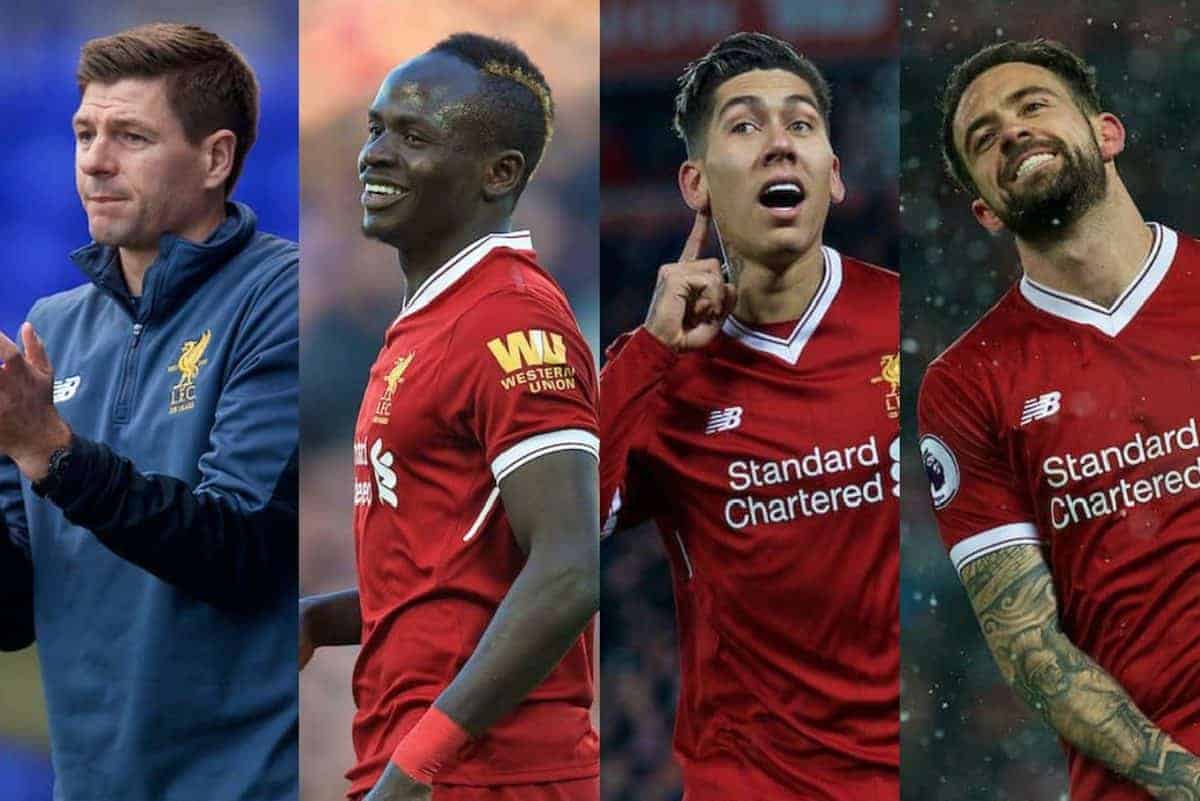 We round up the latest Liverpool news and transfer rumours on Tuesday, as Mohamed Salah and Sadio Mane hope to star at the World Cup. The club have taken a while to replace Gerrard, but the search for his successor looks to have reached its conclusion.

According to the Liverpool Echo‘s James Pearce, U16s manager Barry Lewtas is set to take over.

It is an in-house promotion, with Liverpool likely to be making few new signings to their coaching staff at the academy this summer, as they look to streamline their operation.

On Monday, it was confirmed that U23s assistant manager Mike Garrity had left his role, in a continued shake-up at Kirkby.

Ings Off To Palace?

You can only admire the work ethic shown by Danny Ings, having recovered from back-to-back cruciate ligament injuries, but the 25-year-old is not good enough to be a member in this Liverpool squad and a new challenge looks set to await him.

According to Paul Joyce of the Times, Ings has “been tracked by Crystal Palace for much of the past year”, meaning a possible transfer looks on the cards.

Joyce adds that Daniel Sturridge, Simon Mignolet and Ryan Kent are all expected to move on before the start of next season, as Jurgen Klopp fine-tunes his squad.

A mid to lower-table Premier League club is where Ings belongs, despite his best efforts to prove his worth with the Reds.

Sadio Mane and Roberto Firmino made up two-thirds of Europe’s most exciting attack last season, often dovetailing majestically with one another in the Reds’ march to the Champions League final.

The Senegalese is well aware of how influential his Brazilian teammate is at Liverpool and he also brilliantly touched upon his admirable attempts to mimic Firmino’s famous celebrations:

“He can see in his eye and what he’s doing all the time on the pitch, working for the team like a defender and he’s a striker!

“This is special for him and it makes him a very, very, very important player for us.

This just highlights the team spirit that exists at Liverpool these days, with no egos to be seen and everyone pulling in the same direction.

Mane’s Senegal take on Poland in the World Cup on Tuesday afternoon, while Firmino will hope to start for Brazil on Friday when they face Costa Rica.

Emre Can‘s Liverpool exit has been inevitable for months, but his proposed move to Juventus has taken an eternity to be completed – is he walking to Turin?

Journalist Fabrizio Romano says the 24-year-old will undergo his medical this week, as the transfer finally reaching its conclusion.

There is no doubt that failing to keep hold of Can is a blow, given his quality, but he is also far from indispensable.

Call it biased, but choosing to leave Liverpool at such an exciting time feels like a questionable decision, even though he is joining Italy’s most successful team.

The acquisition of Fabinho has already filled the void that Can will leave, which is far better planning than we have seen under so many past managers, following the exit of key men. Another day, another transfer story tipping Liverpool to sign a new goalkeeper this summer.

With Alisson in the running to join Real Madrid and Jan Oblak’s £88million release clause at Atletico Madrid too high, is Klopp now turning his attention to Burnley‘s Nick Pope?

The Mirror think so – not the relatively reliable David Maddock, though – with the report saying Liverpool “have been building up their information on Pope with a series of background checks on the 26-year old.”

Although Pope had an excellent season at Turf Moor, there are huge question marks about him being an upgrade on Loris Karius, much like past targets such as Jack Butland and Alex McCarthy.

This isn’t a rumour that should be believed for the time being, at least. They claim the European champions have been “priced out of a move” for the 25-year-old Brazilian – which could be good news for Liverpool.