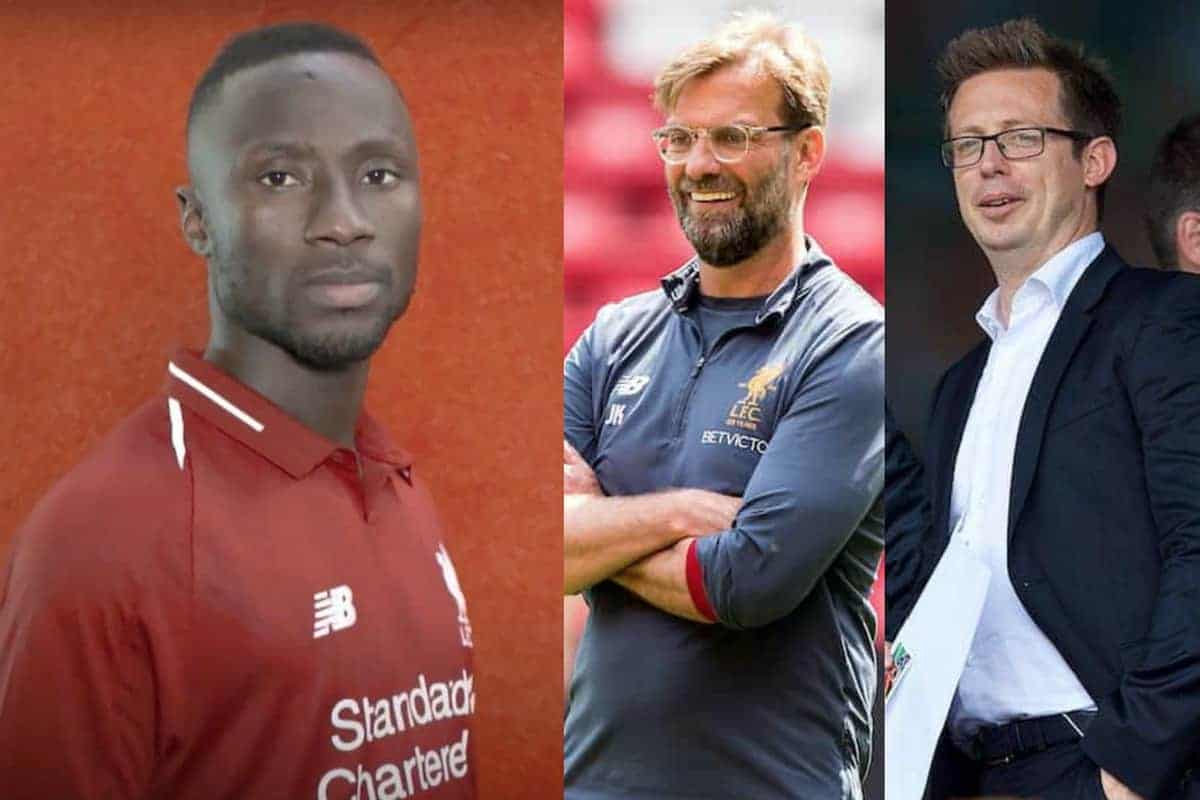 Naby Keita‘s move to Merseyside provides Jurgen Klopp with his perfect midfielder, but Liverpool have tracked him since before the German arrived.

The Guinean arrives as the Reds’ most high-profile signing of the summer so far, and will form part of a new-look midfield alongside fellow addition Fabinho.

A deal was struck with RB Leipzig last year to ensure Keita’s move to Anfield, spending the 2017/18 with the Bundesliga side before completing his £52.75 million switch.

But while those 12 months will have been particularly frustrating for both player and manager, Liverpool’s wait to secure the midfielder’s signature kicked off long before.

According to the Times‘ Paul Joyce, Reds scouts began tracking Keita in 2014, shortly after his move to Red Bull Salzburg from Istres.

With Mads Jorgensen assigned to follow the youngster’s progress, the impression of Keita grew from muted to emphatic, and interest heightened in Brendan Rodgers’ final summer as manager.

Instead, he joined RB Leipzig, with Liverpool opting to sign Georginio Wijnaldum from Newcastle United in 2016, but having planted the seeds with Keita’s representatives a deal proved smoother to negotiate the following summer.

Ultimately it took sporting director Michael Edwards to agree a year-long delay on the player’s move to the Premier League, navigating the possibility of big-name clubs joining the race. Interestingly, Joyce’s assertion that Wijnaldum was the Reds’ alternative back in 2016 suggests the Dutchman could struggle for game time this season.

Wijnaldum has largely served as Klopp’s knitting midfielder, a surprising role given his attacking bent on Tyneside, but now he will likely provide cover for his new team-mate.

It is also mentioned that the belief that Alex Oxlade-Chamberlain could adapt to the role of No. 8 convinced Klopp and Edwards against a big-money deal to bring Keita to Liverpool in January.

Keita’s versatility will likely see him operate in a variety of duties under Klopp, but this could infer that Oxlade-Chamberlain’s place is also under threat.

The Englishman is, of course, sidelined until at least November and more feasibly until the new year, which amplifies the importance of both Keita and Wijnaldum.

But with the Reds finally getting their man this summer, it is possible that the futures of last season’s midfield incumbents could be speculated upon in the months to come.

Most importantly, however, this serves to once again underline the excellent work of Liverpool’s recruitment team, and the persistence and nous of Edwards.