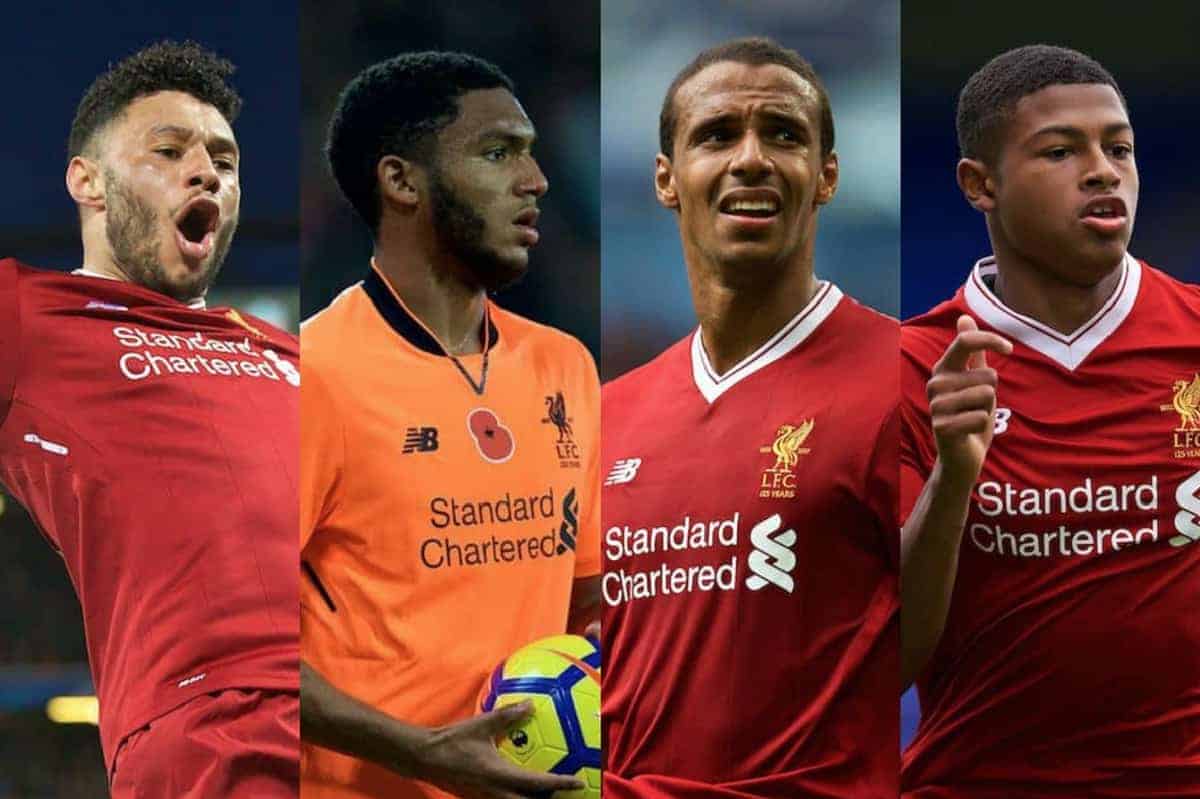 Liverpool are less than two weeks away from the start of pre-season training ahead of 2018/19, but five players are still sidelined through injury.

The Reds will return to Melwood on July 2, as Jurgen Klopp prepares his non-internationals for a flurry of friendlies on domestic soil.

Trips to Chester, Tranmere Rovers, Bury and Blackburn Rovers come before the tour of the United States, where those involved at the World Cup are likely to join up with the squad.

Two new signings will be part of those initial clashes, with Naby Keita and Fabinho expected to make their first appearances for the club the Deva Stadium on July 7.

Here’s when the quintet are likely to return to action. Out since: May
Potential return: Start of pre-season

Gomez suffered another frustrating setback when he required ankle surgery that ruled him out of the Champions League final, having played through the pain for Liverpool in the final weeks of the season.

The 21-year-old is already working outside at Melwood having remained on Merseyside for the summer, and should be fit to take part against Chester next month. Out since: April
Potential return: Start of pre-season

Matip’s layoff came at an untimely juncture for the Reds, with Klopp forced to draft youngsters Nathaniel Phillips and Conor Masterson into his travelling squad for the biggest games of the season.

The Cameroonian underwent surgery on his thigh after picking up an injury in the 2-1 win at Crystal Palace, and like Gomez should be back to fight for his place in Cheshire. After a promising season with Hertha Berlin in 2016/17, Allan’s spell with Apollon Limassol last time out saw his progress stall, and his time in Cyprus ended early due to a shoulder injury.

Allan is currently recovering at Melwood following surgery, and is likely to return in August—which effectively rules out the possibility of a pre-season outing, with another loan planned in order to secure a work permit.

Out since: April
Potential return: November

Oxlade-Chamberlain was making considerable progress when his excellent challenge on Aleksandar Kolarov in April’s 5-2 win over Roma left him writhing in pain on the turf at Anfield.

The 24-year-old had established himself as one of the most exciting players in Klopp’s squad, but now a knee injury will keep him out until at least November—but a return in the new year could be more likely. Brewster delivered the Reds with a boost in agreeing a five-year contract after uncertainty over his future, but the youngster remains sidelined following ankle and knee surgeries.

He will be promoted to Klopp’s first-team squad on his return, but while it was hoped he could make an impact in pre-season he is not set to make his comeback until the season has begun.