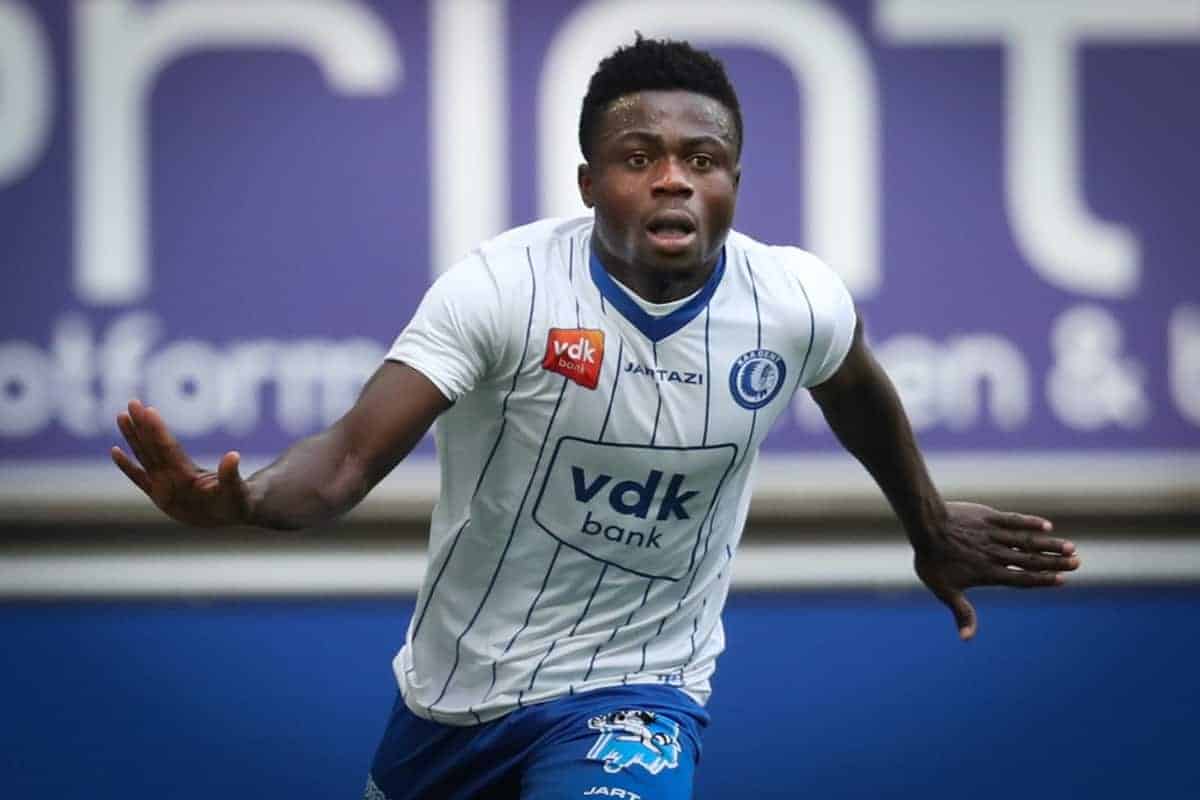 Liverpool appear ready to make a move for their second signing of the summer with a £10 million bid for Moses Simon.

One of the strongest parts of Jurgen Klopp‘s team last season was the fast-paced, goalscoring threat of the front three.

A continual issue though, particularly in the second half of the campaign, was a lack of cover for the starting trio of Roberto Firmino, Mohamed Salah and Sadio Mane—particularly the latter two in the wide areas.

Now the Reds are ready to make a move to address that situation, with a move for Nigeria international winger Moses Simon. The Echo’s Ian Doyle reports that a £10 million bid for the wide man, currently playing in Belgium with KAA Gent, will be forthcoming.

He has spent the past four seasons with the Jupiler League club, winning the league in 2015.

Simon, whose middle name is Daddy, is a Nigeria regular, winning 21 caps to date and playing in the majority of their World Cup qualifiers. He will not, however, be at the finals in Russia after succumbing to an ill-timed injury recently.

That would mean another new signing that can be involved in a pre-season at Liverpool, something Klopp is very keen on.

A versatile performer, Simon can play on either flank or as a support striker, though the majority of this most recent campaign with Gent was spent on the left.

He netted six goals in 29 league games this term, a tally perhaps lowered by missing two months through injury around the turn of the year.

While it’s certainly evident that the Reds need to add more cover for Mane and Salah, his addition could leave a question mark over the future of Harry Wilson.

The Welsh attacker excelled on loan at Hull City this year but may struggle to find favour or game time if another wide man is brought in.

Typically for a wide forward interesting Klopp and his side, Simon is rapid, technically strong and especially impressive in one-vs.-one situations.

His relatively low price tag comes as a result of having just one year left on his contract.