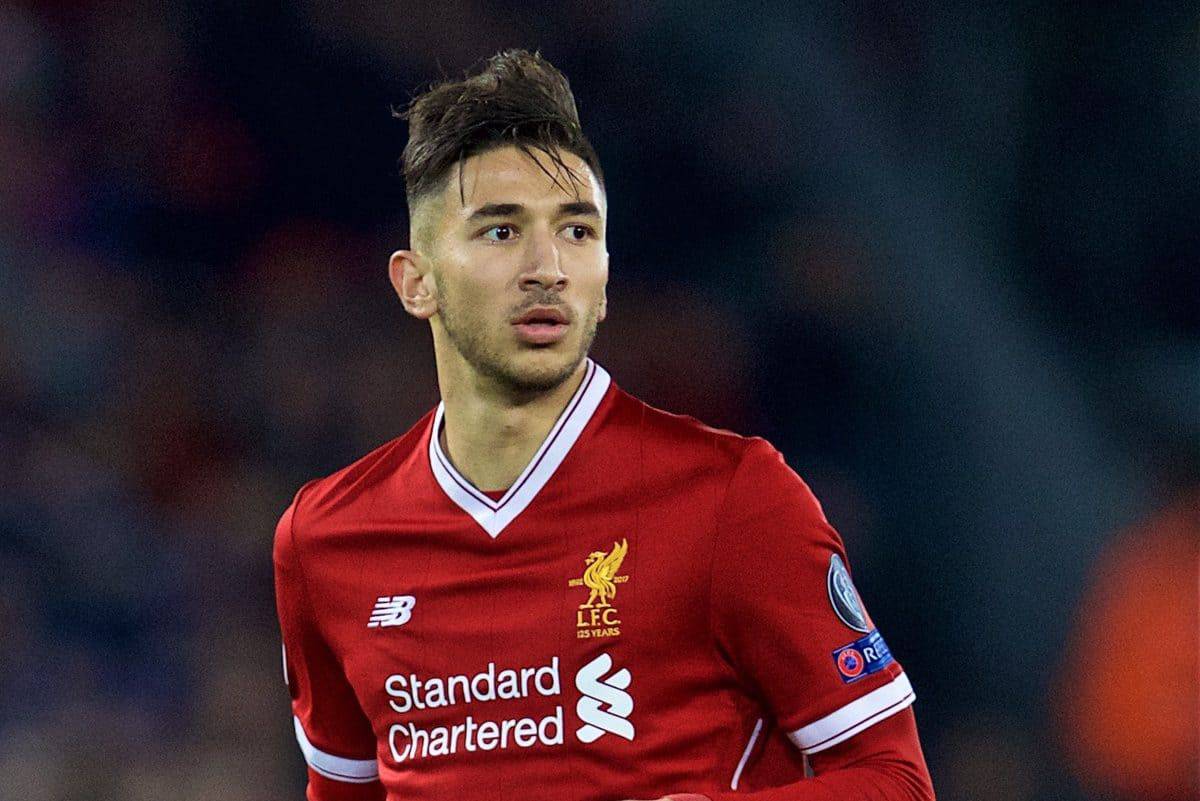 Marko Grujic could be facing a permanent move away from Liverpool this summer, as two high-profile Serie A sides register interest in the midfielder.

Grujic is yet to establish himself as a regular at senior level on Merseyside, and has made just 14 appearances since becoming Jurgen Klopp‘s first signing in 2016.

The Serbian spent the second half of last season on loan with Cardiff City, and played a key role in their promotion from the Championship.

This has led to both Cardiff and fellow newcomers Fulham contacting Liverpool over a possible loan deal, which at 22 could be ideal for his development.

However, Goal‘s Neil Jones has reported interest from both AC Milan and Lazio, who would be looking to sign Grujic on a permanent basis.

Atalanta are also claimed to have joined Cardiff and Fulham in pursuit of a loan move, with Gian Piero Gasperini’s side looking to build on an impressive seventh-placed finish last time out.

But facing his third consecutive season out of Klopp’s first team does raise the question as to whether the Reds should cut their losses on Grujic.

Jones speculates that Liverpool would not sell for less than £10 million, which conflicts with reports from Italy that Lazio could sign the youngster for around £6 million. The report elaborates further on the futures of a host of academy players, too, with Ryan Kent on Leeds United and Rangers’ radar and Sheyi Ojo interesting Aston Villa, Stoke City, Birmingham City and Derby County.

Allan Rodrigues could attract offers from across Europe, while Taiwo Awoniyi is expected to remain in Belgium, with Club Brugge and Anderlecht in pursuit after his 10-goal season with Mouscron.

Ovie Ejaria is the first player to have left Liverpool on loan this summer, joining Rangers, while Emre Can, Jon Flanagan and Yan Dhanda are among those to have been released.

No other departures are close at this stage, though Danny Ward is at target for Norwich City, Danny Ings could join Crystal Palace and Daniel Sturridge is available, with Sevilla, Besiktas and Fenerbahce in the hunt.

Simon Mignolet is also expected to leave, Lazar Markovic is in talks with Olympiakos and the likes of Adam Bogdan, Connor Randall, Matty Virtue and Pedro Chirivella should move on.