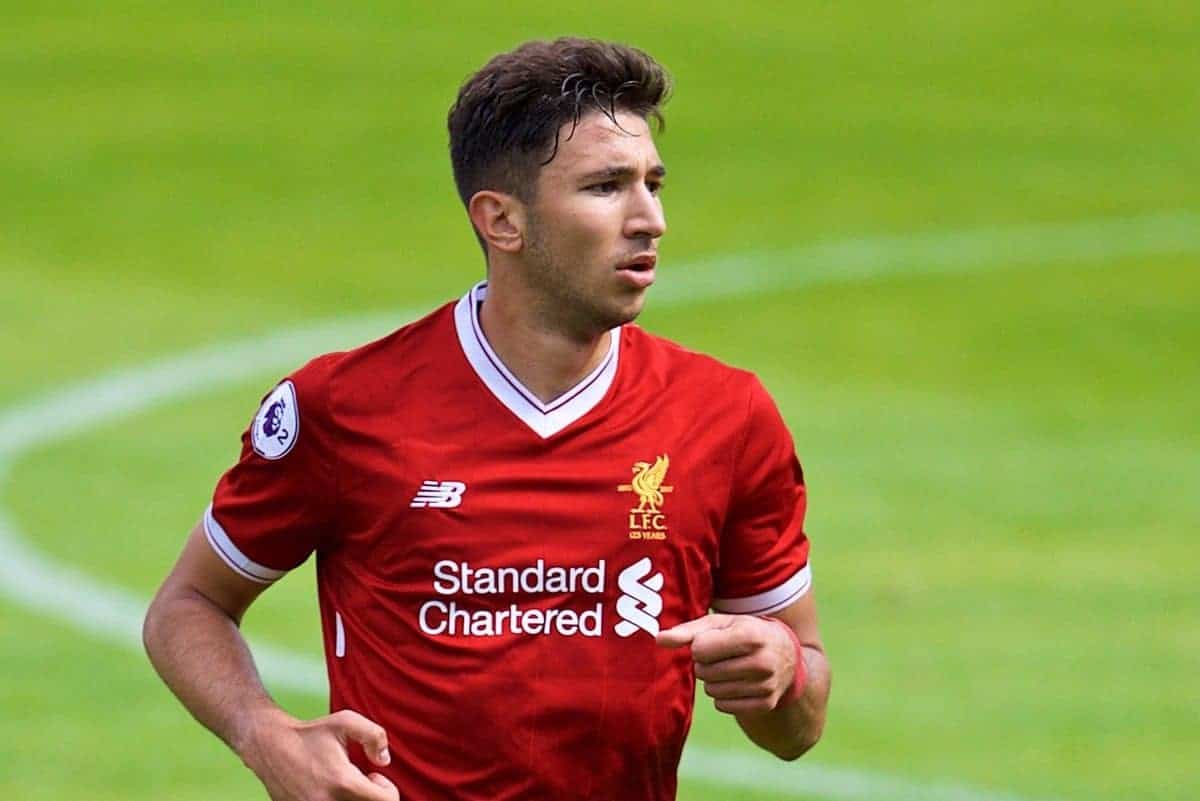 Marko Grujic has earned his place in Serbia’s 23-man squad for the World Cup, after a successful end to his loan spell at Cardiff City.

Grujic joined the Bluebirds in January, having played just 109 minutes for Liverpool in the first half of the season, bringing his tally of appearances for the club to 14.

Having arrived as Jurgen Klopp‘s first signing the midfielder was expected to take up a focal role under the Reds manager, but that is yet to transpire.

Still only 22, though, his decision to join Neil Warnock’s Cardiff served as a developmental move, rather than one designed to attract potential buyers.

It certainly paid off, featuring 14 times as his loan side earned promotion to the Premier League through a second-placed finish, winning nine of the league games he played in, losing once.

This clearly caught the attention of Serbia manager Mladen Krstajic, having been named in his provisional group for this summer’s World Cup.

And after linking up with the Eagles for training he suitably impressed the 44-year-old, securing his place on the plane to Russia, where they will take on Costa Rica, Switzerland and Brazil.

This can largely be attributed to his time in Wales, and given the mixed success of Liverpool’s loanees last season he can be held up as an example of the benefits of moving temporarily. At the other end of the scale, Divock Origi‘s disappointing season with VfL Wolfsburg saw him omitted from Roberto Martinez’s Belgium squad.

This came despite Nacer Chadli being included having played just 410 minutes of football last season due to injury, and Christian Benteke despite scoring three goals in 31 games for Crystal Palace.

Lazar Markovic‘s late surge at Anderlecht was not enough to seal his place alongside Grujic, while Sheyi Ojo and Ryan Kent were overlooked by the England U21s after quiet spells away.

Harry Wilson‘s brief stint with Hull City, in which he scored seven and assisted four in 14 games, has moved him up the pecking order under Wales manager Ryan Giggs.

Both Grujic and Wilson ensured a productive run away from the Reds, and though there is a measure of fortune involved they should be role models for next season’s loanees.

The likes of Kamil Grabara, Herbie Kane, Ben Woodburn, Dominic Solanke and Rhian Brewster could feasibly spend next season away from the Reds.

If they do, they should use Grujic’s involvement at the World Cup as inspiration as they look to further their progression.