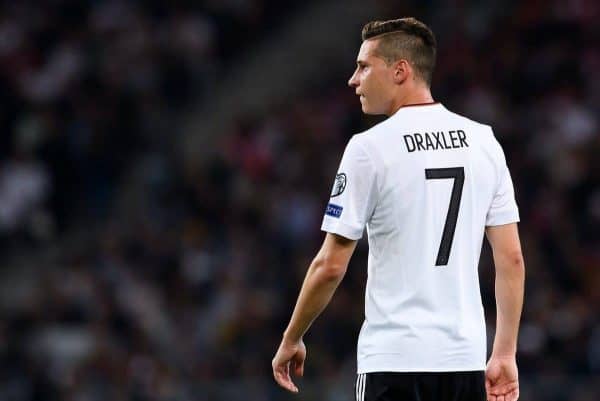 PSG’s financial requirements could be good news for Liverpool

Paris Saint-Germain have been ordered to raise €60 million by the end of the month, so could Liverpool move for a host of rumoured targets?

The Ligue 1 side are under investigation for breaches of Financial Fair Play, and have been deemed to have “overstated” the value of a host of sponsorship contracts.

This was particularly troubling given it was believed this had come from “related parties,” stemming from their Qatari ownership.

It has now been confirmed UEFA have urged PSG to generate €60 million in income by the end of June “or face punishment for overspending,” as the Guardian report.

This is not linked to the big-money signings of Neymar and Kylian Mbappe, with those still being probed by the European governing body.

Though FFP ruling has often proved laughable since its introduction in 2011, the prospect of PSG being forced to sell €60 million worth of players is an interesting one.

Liverpool have been linked with a host of talents from the Paris side in recent months, most notably midfielder Adrien Rabiot and forwards Goncalo Guedes and Julian Draxler.

The potential availability of Guedes, who spent last season on loan at Valencia, and Draxler, who started only 29 of his 47 appearances in 2017/18 and was on Jurgen Klopp‘s radar prior to joining PSG, is particularly appealing.

Rabiot, meanwhile, has previously revealed his desire to play in the Premier League and that he was “a big Liverpool fan” when he was younger.

Though the arrivals of Fabinho and Naby Keita could ensure he is not required at Merseyside, the temperamental Frenchman would certainly be a strong addition.

Following the breakdown in the Reds’ pursuit of Lyon captain Nabil Fekir, Guedes and Draxler have both been mooted as possible alternatives.

Back in April, Le Parisien claimed PSG would consider parting ways with Guedes for €40 million to comply with FFP regulations, which is now even more pertinent.

The Portuguese forward forward is most comfortable on the left flank but can operate across the attacking line, and scored six goals and assisted a further 11 in 40 games for Valencia last season.

At just 21, he could be the perfect signing as Klopp looks to bolster his squad ahead of the new campaign, providing support and cover for first-choice wingers Mohamed Salah and Sadio Mane.