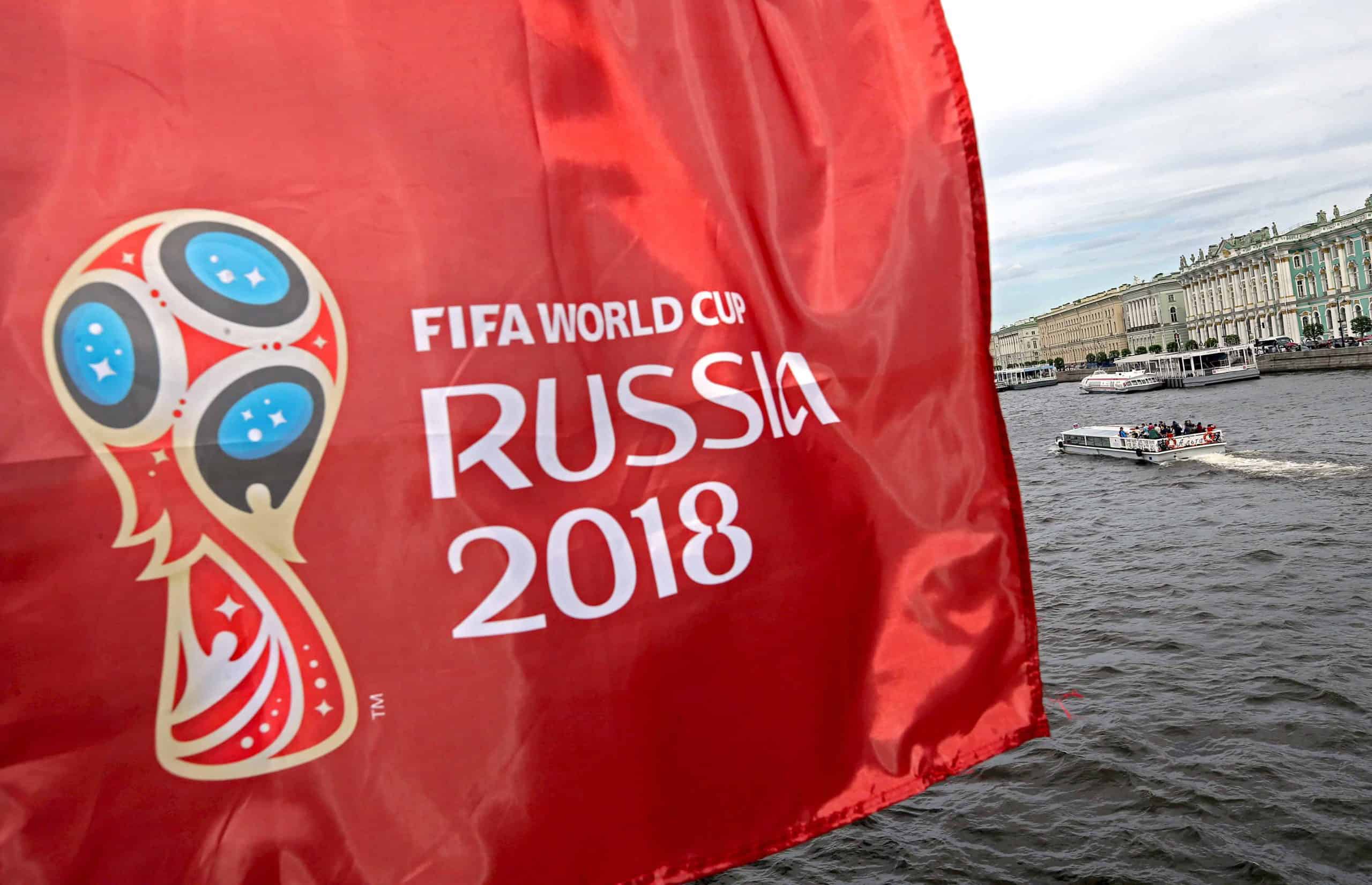 Robbie Williams left us thinking it was the ’90s again, while Saudi Arabia’s defending got us putting money on Luis Suarez and Edinson Cavani for the tournament’s top goalscorer.

It wasn’t easy to get too giddy with excitement at the prospect of Russia vs. Saudi Arabia – perhaps the worst opening game ever in a World Cup.

How wrong we were, though, as the hosts got off to the perfect start with a 5-0 win in a refreshingly open contest.

World Cup opening ceremonies are generally an atrocious state of affairs, with Diana Ross’ infamous missed penalty at USA ’94 the only moment that lives long in the memory.

Tasked with singing duties this time around was Robbie Williams, which seemed a little bizarre considering it is no longer 1998!

Stoke’s finest did himself proud with a quick 10-minute performance, treating us to a rendition of ‘Angels’ that will have left Vladimir Putin emotional. Or not.

Williams also flipped the middle finger to the billion or so people watching around the world, a salute to Dele Alli.

Then there were Cherysev’s two beauties. Had Lionel Messi scored them, they would be spoken of as pieces of footballing genius.

The substitute’s first goal saw a deft touch over the despairing lunges of two Saudi Arabia defenders followed by an emphatic finish.

He then scored a strike that rivalled Daniel Sturridge‘s against Sevilla in the Europa League final, curling home outrageously with the outside of his foot.

There are still 63 games to go, but if 10 better goals are scored this summer we are in for a real treat.

That is some of the worst defending I've ever seen, and I've seen Phil Babb in the flesh

From the off, Saudi Arabia looked brittle at the back, with a lack of pace, awareness and technical ability combining to create one big hapless back-line.

Considering how poor Russia have been described as, they still cut through their opponents like a knife through butter and netted five times.

There may only be one game gone, but if another team looks this poor defensively during the rest of the tournament, I’ll literally eat a hat.

The Saudis may have cut an inept bunch on the pitch, but Glenn Hoddle was proving equally poor off it.

The former England manager offered one tedious observation after another in the ITV commentary box, making Garth Crooks seem insightful.

How are we going to put up with him for the next month?

The Saudi’s defending will be interesting when they come up against Mo Salah‘s Egypt, and later Luis Surez and Edinson Cavani’s Uruguay.

As the opening credits rolled at 2:30pm (UK time) on Thursday afternoon, excitement was in the air as ITV’s pundits were revealed.

Gary Neville was the cool new kid, having made a temporary summer transfer from Sky, Ian Wright cut his usual childlike self and Lee Dixon was in his most unforgettable form.

Then there was Slaven Bilic – the man every Hollywood director would love to cast as a despicable villain.

West Ham‘s former boss was excellent – he also appeared to have grown more hair since his stint at Euro 2016 – offering intelligent tactical views and speaking with freedom throughout.

On top of that, he interrupted Dixon at least once, much to his chagrin, which earned him extra brownie points.

Bilic is the early favourite for Pundit of the Tournament.

Mo Salah is expected to start for Egypt in the first game on Friday (1pm) as they face Luis Suarez and Uruguay.

All eyes will be on Spain as they play Portugal in the first big game of the tournament in the evening kick-off.