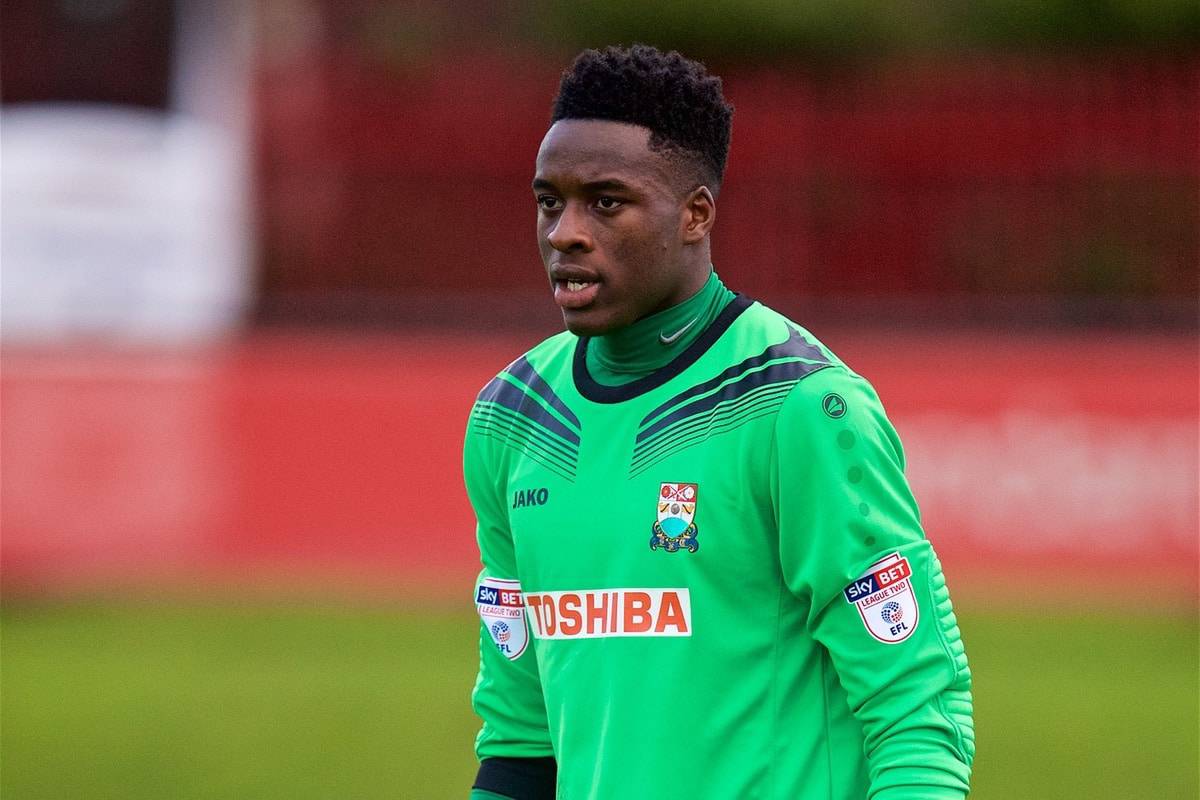 Liverpool U23s drew 1-1 with ETO Gyor on Sunday evening, with Barnet goalkeeper Kai McKenzie-Lyle between the sticks during a likely trial spell.

Neil Critchley‘s young Reds took on their Hungarian counterparts during a pre-season tour, as they prepare for another campaign in Premier League 2.

The likes of Connor Randall, Corey Whelan, Matty Virtue and Bobby Adekanye all started for the U23s, with Glen McAuley scoring their only goal of the game from the penalty spot.

Isaac Christie-Davies made an outing following his free transfer from Chelsea, while Critchley also ran the rule over two trialists.

One, an outfielder, is as yet unnamed, but the goalkeeper who took to the field behind Randall, Whelan, George Johnston and Tony Gallacher is believed to be 20-year-old McKenzie-Lyle.

Standing at 6’7″ and with a build belying his youth, McKenzie-Lyle towered over his team-mates and opponents alike during the pre-match handshakes.

He conceded a spot-kick through Jozsef Magasfold in the first half, but produced a strong save to deny Roland Baracskai earlier in the game, providing Critchley with a glimpse of his talents.

McKenzie-Lyle has already made his first-team debut for Barnet at just 17, replacing ex-Liverpool goalkeeper Jamie Stephens in a 3-1 defeat to Portsmouth in League Two in 2015.

Remarkably, the stopper also scored on his international debut for Guyana, reducing the deficit with an extra-time header in an eventual 3-2 loss to Suriname.

His eligibility for Guyana was alerted by researchers for Football Manager, and has so far made two appearances for the South American nation—though he was born in north London.

Liverpool’s interest in the youngster was likely piqued during the U23s’ 4-1 win over Barnet under Mike Garrity in 2017.

McKenzie-Lyle’s brother, Renell, is also on the books at Barnet, and is currently part of their academy sides.

It remains to be seen whether the Reds will make a permanent bid for the ‘keeper, whose initial terms with Barnet expired on June 30 but was offered an extension.

St Johnstone youngster Ross Sinclair was on trial with the U23s back in May, but no move has materialised so far.

Critchley is eager to add another goalkeeper to his squad this summer, however, with Andy Firth leaving to join Barrow AFC, Shamal George loaned to Tranmere Rovers and Kamil Grabara expected to become Jurgen Klopp‘s third choice.