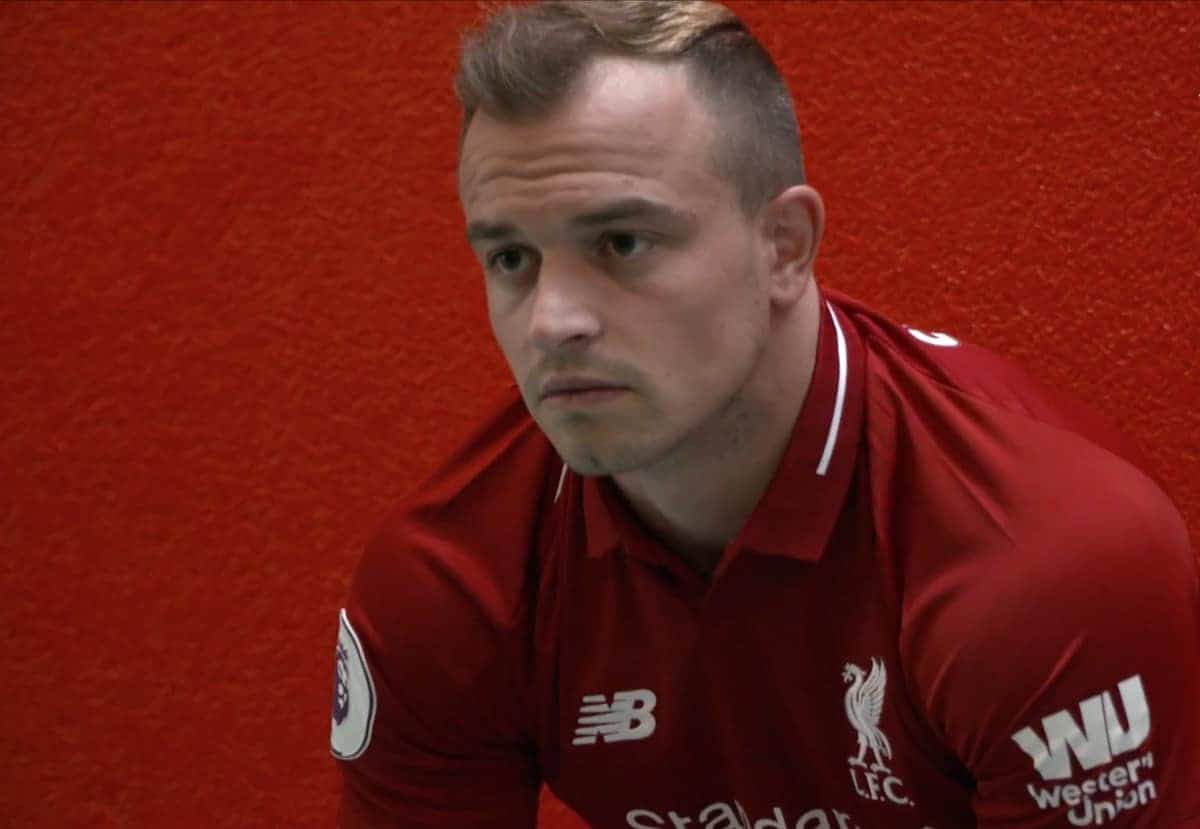 The 26-year-old arrives for a reported £13.75 million due to a release clause in his contract after Stoke’s relegation from the Premier League last season.

Shaqiri, who Liverpool attempted to sign from Bayern Munich in 2014, joins on a five-year contract and will head to the United States with the rest of the squad next Saturday.

His first outing in the red shirt should therefore be against Borussia Dortmund in North Carolina on July 22.

Shaqiri recently returned from the World Cup where he scored one and assisted another in four games for Switzerland. The winger will add much-needed quality and depth to Liverpool’s impressive attack.

He will wear the No.23 shirt at Anfield, recently vacated by Emre Can.

“As a player you always want to be on the biggest stage in football. A few years ago I wanted to come too but it didn’t happen. I’m really happy that now I’m finally here.

“I want to improve myself too, I want to be with the best and I want to win titles. That’s what I’m here for.”

Shaqiri is the third signing of the summer so far, joining midfielders Naby Keita and Fabinho.