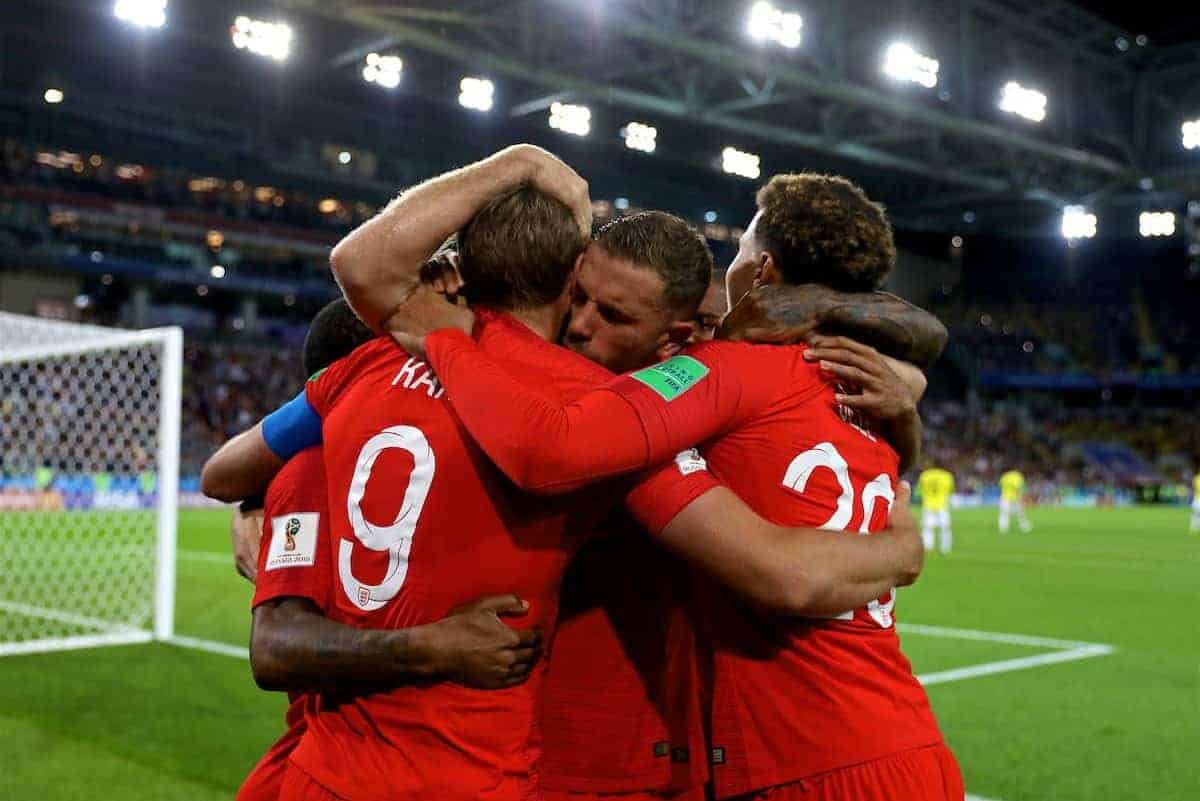 England and Croatia face one of the biggest nights in their history on Wednesday, with a place in the World Cup final within touching distance.

This has been the best World Cup in many years, but its conclusion is not far away now.

France got the better of Belgium on Tuesday evening—here’s a look at the best and worst of the action and a look ahead to semi-final No. 2.

After their superb performance against Brazil in the quarter-finals, Belgium were being tipped to go all the way in Russia.

Unfortunately, Simon Mignolet and his countrymen came up against a France side peaking at exactly the right time—one who are now undisputed favourites for the title.

Kylian Mbappe was again a blisteringly exciting figure—one piece of second-half skill was Ragnar Klavan-esque!—but it is as a unit where Les Bleus are impressing most.

Assessing their squad it is tough to find a weakness.

Huge Lloris has enjoyed a great tournament, while Raphael Varane and Samuel Umtiti have been immaculate, particularly the former.

Young full-backs Lucas Hernandez and Benjamin Pavard have also excelled, with the latter’s finish against Argentina a contender for the Most Artistic Finish Of All Time award. N’Golo Kante, Paul Pogba and Blaise Matuidi have all been key in midfield, Antoine Griezmann has been a constant threat and Olivier Giroud has done unselfish work leading the line. Mbappe has been the star, obviously.

France barely gave their desperate Belgian opponents a sniff on Tuesday and although there was very little in it, Umtiti’s header was enough to get them over the line.

They feel a bit like Real Madrid, with an ability to simply get the job done in big matches, without a huge amount of fuss.

Is Didier Deschamps about to become only the third man to lift the World Cup as both a player and a manager, after Mario Zagallo and Franz Beckenbauer? This was meant to be Belgium’s year.

Just like England during the mid-2000s, this bunch of players had been touted as a golden generation who had to deliver now or never.

Despite it being a good tournament for Roberto Martinez’s team, they came up short in rather predictable fashion, never quite hitting top gear against France.

Kevin De Bruyne, a majestic footballer and one of the best in the world right now, had a terrible night by his standards, losing the ball continually.

Romelu Lukaku did little to dispel the theory that he goes missing in big games and Eden Hazard struggled to find top gear despite his best efforts.

By the end, Belgium had lost their heads a little, with the realisation that their race was run too much to take for some.

There was a touch of May’s Champions League final about it in that there was a sense one team was going to get the job done one way or another.

That’s likely to be the final World Cup for the likes of Jan Vertonghen, Toby Alderweireld, Vincent Kompany and Mousa Dembele—whether De Bruyne, Hazard and Lukaku are at their peak in four years is debatable, too. Wednesday sees Jordan Henderson and Dejan Lovren do battle for a place in the World Cup final—imagine saying that this time last year!

Trent Alexander-Arnold is also involved, of course, but the teenager will start on the bench as England and Croatia meet in one the most important matches in their respective histories.

The Three Lions have enjoyed the most surprisingly enjoyable tournament in living memory, considering the lack of expectation before the tournament.

Henderson has shone in the middle of the park and as a leader off the pitch, and his influence will be so key in Moscow.

Croatia, meanwhile, have battled through two penalty shootouts in a row against Denmark and Russia, reaching their first World Cup semi-final since 1998. Lovren has been highly impressive at the heart of the defence and his passion and love for his country has been plain to see throughout the competition.

Luka Modric has been a joy to watch, Ivan Rakitic has been his usual understated but influential self and as a unit Croatia have thrived.

It is sure to be a night full of nerves and you could essentially determine the winner by the toss of a coin. It’s that tough to call.

England, like Liverpool, do seem to have a penchant for heartbreak, though.

Pre-match buildup is live on ITV1 from 6pm (BST), with kick off at 7pm.