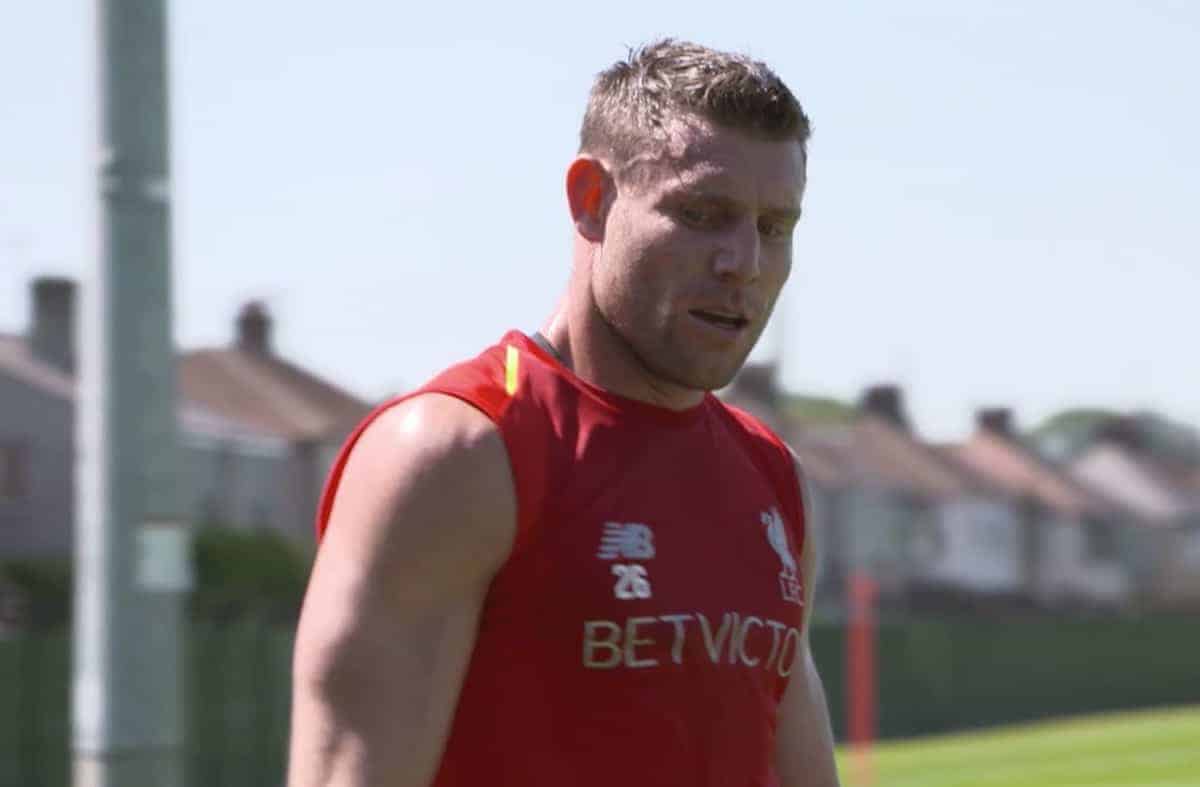 James Milner will turn 33 next year, but the Liverpool midfielder showcased his phenomenal endurance on the first day of pre-season at Melwood.

The Reds were back at the training ground on Monday morning after a short summer break, with Jurgen Klopp‘s backroom staff putting the squad through their paces.

Undergoing a series of tests both indoor and outdoor, a 28-man group were assessed for fitness ahead of a busy 2018/19 campaign that will see Liverpool fight on four fronts.

Klopp’s medical team were on hand to oversee lactate testing in the West Derby sunshine, running laps of 800m at increasing intervals, beginning at 8km/h and rising beyond 20km/h.

Speaking to LFCTV as the test got underway, Klopp predicted Milner to be the “last man standing,” and true to form the veteran proved his manager right.

Matip, who has recently recovered from thigh surgery, Fabinho and Sturridge were first to drop out, followed by Klavan, Keita and Robertson—leaving Ings, Lallana and Milner to fight it out.

Ings showed exceptional fitness but soon headed to the sideline, with Klopp describing the remaining pair as “the hope of English football.”

As the speed intervals continued to rise, Milner carried on, and was applauded off the pitch after completing his final lap, believed to be at 24km/h. With the arrivals of Fabinho and Keita, it remains to seen what role Milner plays for Klopp’s side this season, but he was one of the Reds’ standout performers in the second half of 2017/18.

His work rate is complemented by tactical intelligence, guile and creativity, making him a useful option for Liverpool regardless of whether he is a regular starter.

This display of fitness was particularly impressive from both the No. 7 and his compatriot, Lallana, who struggle with injuries last term.

Lallana will be looking to impress Klopp this summer after making just 15 appearances in the previous campaign, and like Milner faces further competition in the form of Keita.

Georginio Wijnaldum has been given an extended break, however, while Jordan Henderson is at the World Cup with England and Alex Oxlade-Chamberlain is sidelined with a knee injury.

With Liverpool taking on Chester in their first friendly of pre-season on Saturday, both Milner and Lallana are likely to play a focal role.