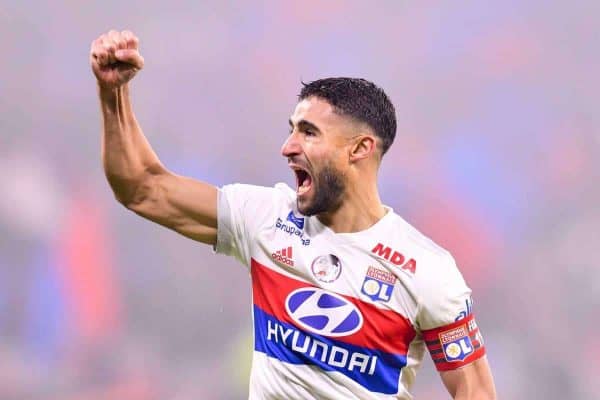 Hopes of Liverpool’s failed move for Lyon captain Nabil Fekir being revived have increased following reports from both France and England.

The Reds’ £48.4 million deal with the Ligue 1 side collapsed at the beginning of June, with the suggestion being issues emerged during his medical.

But speaking to Get French Football News on Wednesday, RMC Sport journalist Loic Tanzi claimed negotiations were “not over,” and a move would likely materialise after the World Cup.

With no concrete alternatives touted since, the belief has remained that the Reds could secure their priority signing following the conclusion of this summer’s tournament in Russia.

Now the Mirror‘s David Maddock has weighed in on speculation, reporting that Fekir has “made it clear to his employers that he still wants to seal a dream move to Anfield.”

Maddock claims that the 24-year-old has held “sit-down talks” with Lyon president Jean-Michel Aulas, and an agreement has been reached that he will “at least reopen talks” with Liverpool.

Furthermore, he adds that the Reds “would be prepared to listen” with regards a restructured deal that “wouldn’t even necessarily mean a reduction in the fee.”

Crucially, Maddock concludes that “if Aulas is prepared to compromise over the structure of the deal, then the transfer can still be done.”

Fekir is currently with the France squad at the World Cup, with Croatia’s 2-1 win over England on Wednesday night setting up an unexpected final pairing in Moscow.

The attacking midfielder has featured sporadically for Les Bleus, but his involvement will ensure any move to Merseyside would come late in the summer.

A three-week holiday is typically afforded to players after international tournaments, which could push back any announcement until the final week of the transfer window.

Although with Fekir having already undergone a medical, and even completed media duties with LFCTV, a deal could be reached without his direct participation.

It remains to be seen whether Maddock is simply following up on claims from France or this is a genuine development, but the Guardian‘s Andy Hunter also hinted at progress on Wednesday.