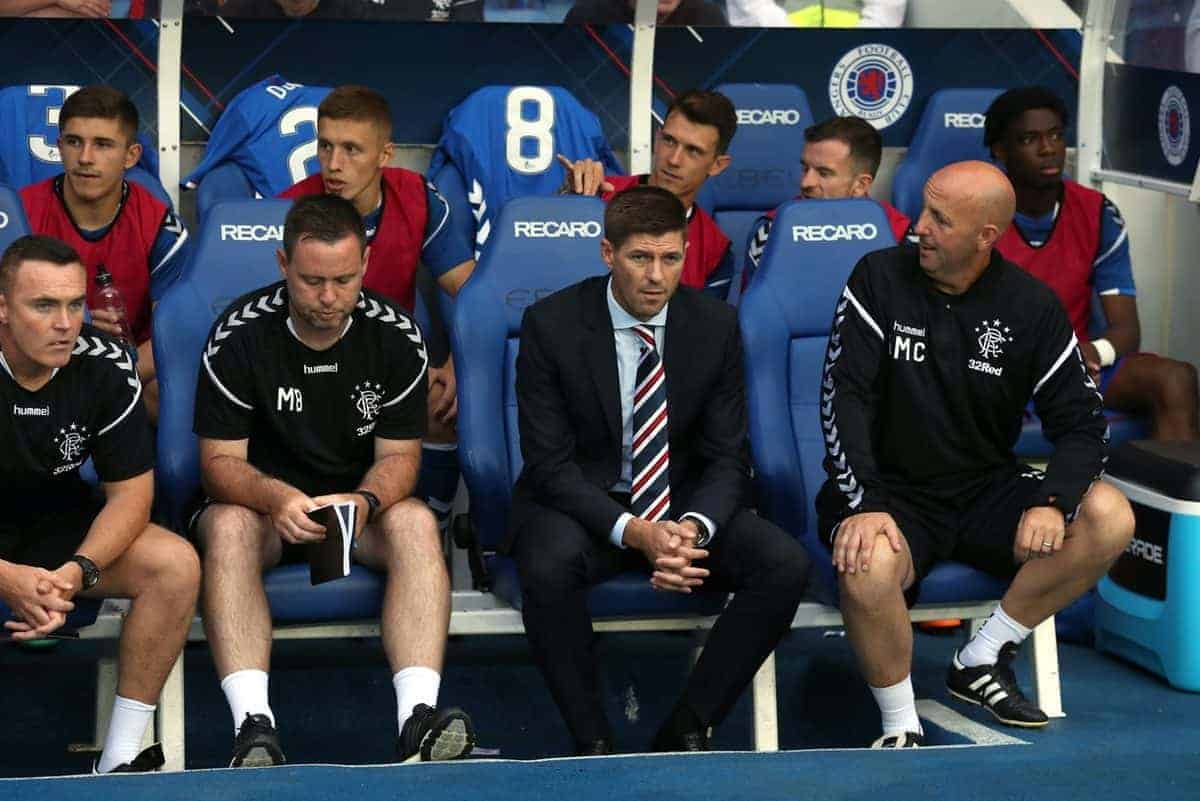 Ovie Ejaria and Ryan Kent‘s loan moves to Rangers are already proving beneficial, as they both made their full debuts against Osijek on Thursday evening.

Rangers’ first season under Steven Gerrard began early due to their efforts to qualify for the Europa League, and they advanced to the second round by defeating Shkupi earlier in July.

That set up a two-legged clash with Croatian side Osijek, with the first of their two meetings coming at the Stadion Gradski vrt.

Having signed Kent on a season-long deal four days previous, Gerrard only received clearance to field the 21-year-old winger on Wednesday, and duly handed him a first start.

He took up a place on the left wing, with Jamie Murphy on the opposite flank and Alfredo Morelos up front in a 4-3-3.

Ejaria was also handed his maiden bow for his loan club, joining Ryan Jack and another loanee, Lassana Coulibaly, in Gerrard’s three-man midfield.

Kent almost got his spell in Glasgow off to the perfect start on 17 minutes, as he cut inside and firing an effort towards goal that was deflected just wide at 0-0.

That earned the corner that saw Morelos score the winner, with the Colombian heading home from James Tavernier’s cross.

Kent continued to impress but was arguably under-utilised out wide, while Ejaria worked hard off the ball and was consistently available for possession, but often struggled when under pressure.

Speaking after the game, Gerrard praised the contribution of his latest signing, particularly given his lack of game time under Jurgen Klopp in pre-season.

This made his 90 minutes on the pitch more impressive, and the manager will be hoping for more consistency from Kent over the coming campaign.

“If you take into consideration Ryan Kent has only played two 45 minutes in friendly games, and he still has another level to go in to, it was a positive debut,” he told RangersTV.

“He looked dangerous and the supporters can see what type of player he is going to be.”

Kent himself reflected on a “great feeling,” after a difficult season on loan with Freiburg and Bristol City last time out.

“I think I can build on that performance, there were moments in the game which I wasn’t happy with and moments where I was,” he said.

“It was my first 90 minutes for a while so I have got that out the way now and can push on.

“I am feeling fitter and fitter as pre-season is progressing and we are coming up to the season now and I’ll be up to speed. I am glad I have got the blow of the first 90 minutes out the way.

“These games are difficult to get the best performances out but we came here and got the result.”

If Rangers are successful in their second leg at home on August 2, they will set up a third-round qualifier against either Georgian side Chikhura Sachkhere or Liverpool’s group-stage opponents in last season’s Champions League, Maribor.