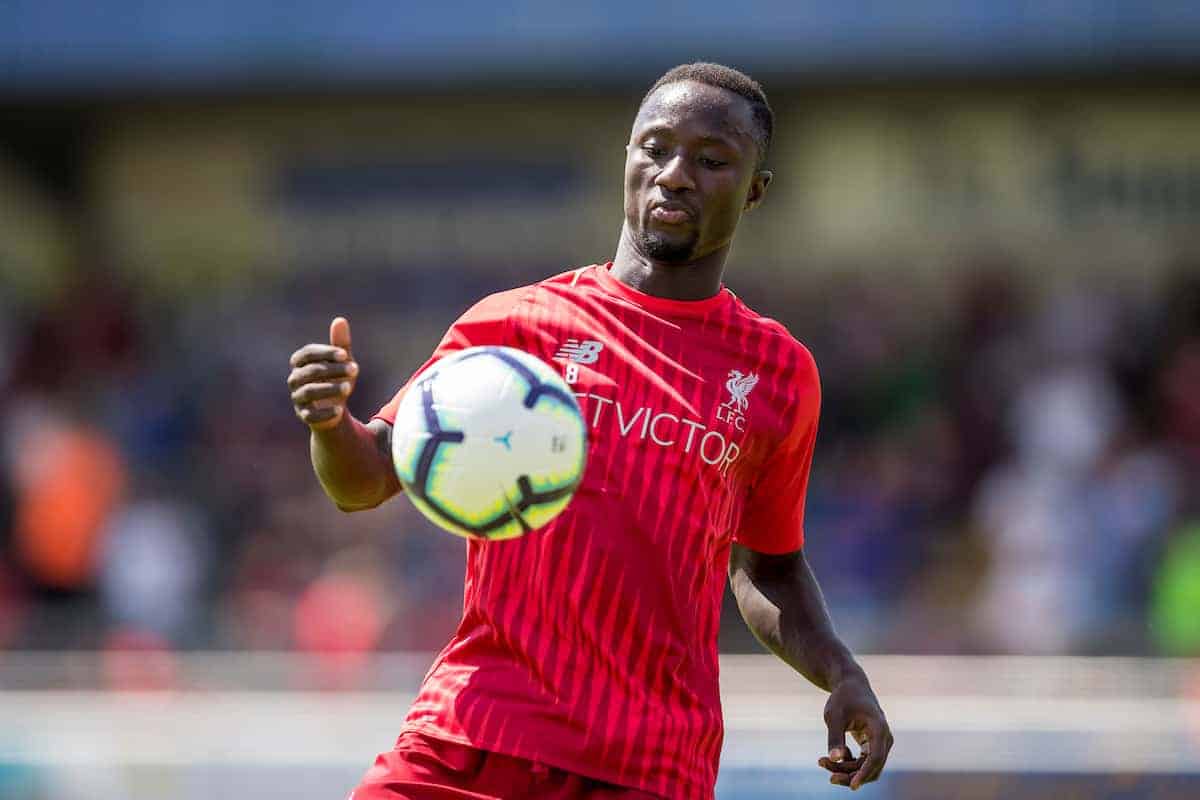 Liverpool take on Tranmere Rovers in their second of nine pre-season friendlies on Tuesday, with the League Two side set to present a bigger challenge.

Goals from James Milner, Ryan Kent and Danny Ings, and braces apiece for Harry Wilson and Daniel Sturridge, made light work of National League North side Chester on Saturday afternoon.

Providing a host of Reds a welcome runout, the weekend’s victory was the perfect start to a busy summer that will take in trips to the United States, the south of France and the Republic of Ireland.

Before they head across the Atlantic, however, Jurgen Klopp‘s side have three more domestic friendlies to take in, with local side Tranmere next up.

This will be the third consecutive summer Liverpool have visited Prenton Park, and while the result is insignificant at this stage it will prove to be a welcome outing.

Here’s all you need to know ahead of the Reds’ latest pre-season clash. Beyond the seven goals, the Reds’ trip down the M53 largely went without a hitch in terms of fitness, with only one new injury to report at this stage.

Klopp welcomes back one senior figure in the form of Adam Lallana, who missed out on Saturday due to illness.

Joel Matip and Danny Ings are ruled out, however, as they recover from minor issues.

Allan Rodrigues won’t feature, with the young Brazilian joining the Eintracht Frankfurt squad for pre-season training ahead of a proposed season-long loan move.

Elsewhere, Lazar Markovic was left out of the matchday squad at Chester, with both Anderlecht and Fenerbahce interested in the Serbian winger, who has been told he has no future with the Reds.

Young goalkeeper Caoimhin Kelleher didn’t take part at the weekend, but is part of the squad on Tuesday, likely to provide cover for Loris Karius and Danny Ward.

The manager can be expected to field two different XIs again on Tuesday night, providing the likes of Kent, Wilson, Rafa Camacho, Curtis Jones and Ben Woodburn opportunities to impress.

Virgil van Dijk and Georginio Wijnaldum will miss out, having only returning to training on Sunday. Tranmere kicked off their own pre-season run on Sunday with a 4-0 victory over Dunfermline in Leeds, with goals from Larnell Cole, Amadou Soukouna, Danny Walker-Rice and Nick Long.

Manager Micky Mellon hailed this as a “platform to work forward from,” but speaking to the club’s official website conceded that “there’s a lot of stuff we need to get better.”

He will be aware of the challenge of the travelling Reds, having been in charge for last summer’s 4-0 defeat at the same ground, but with Tranmere returning to League Two this season the 46-year-old will be eager for a productive evening.

Rovers are forced to move on without last season’s top scorer, Andy Cook, but can still rely upon the likes of Ritchie Sutton, Ollie Norburn and James Norwood.

Ex-Liverpool striker Jack Dunn endured a quiet campaign last time out, and was among seven players released this summer. Local supporters will be familiar with Tranmere’s home ground, as it has played host to the Liverpool U23s since the beginning of 2016.

A traditional lower-league stadium, Prenton Park boasts a sizeable capacity and even includes its own Kop end, which will hold the travelling fans on Tuesday. Speaking after Saturday’s thrashing of Chester, Klopp indicated that he was hoping for a better first-half showing from his side this time out:

“First half, I was not happy, of course. The game was not good, it looked stiff. To be honest, it’s not that I [spend] five hours on the lineup and think, ‘that will fit together’.

“They have to work together in pre-season, especially in the first game.

“Yes, we worked hard during the week; yes, the pitch is dry; yes, the wind makes the pitch even drier—that’s not nice.

“The opponent [was well] organised, so sure it was difficult first half, we didn’t play good football.

“Second half was much better, with two or three players more who have played together so it was easier of course for the players to show up. Naby, especially, looked pretty [good]. Good signs.” Tranmere Rovers vs. Liverpool will be broadcast live on LFCTV and LFCTV GO, with coverage getting underway at 6.30pm (BST) and kickoff an hour later at 7.30pm.

Henry Jackson will be manning the This is Anfield live blog, bringing you all the updates from another exciting clash for the Reds this pre-season.