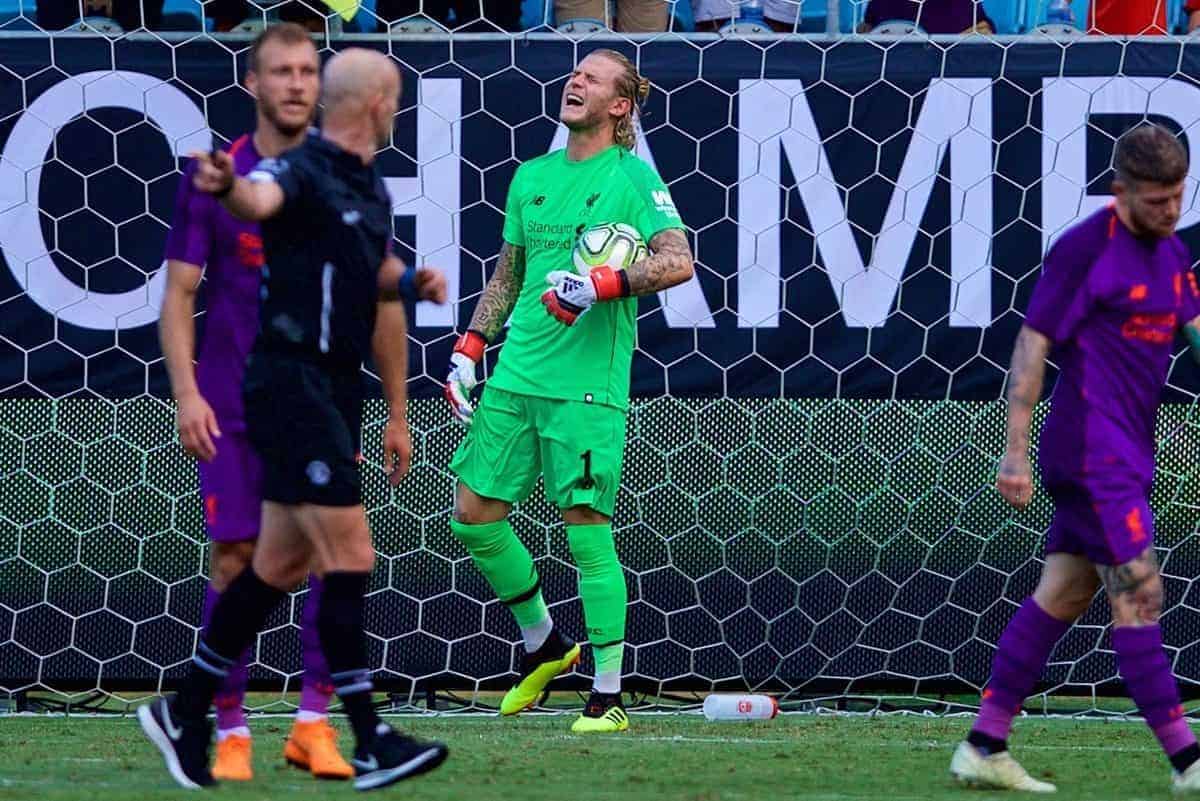 Liverpool suffered a 3-1 defeat at the hands of Borussia Dortmund in their fifth friendly of pre-season, but fans were largely positive despite the result.

The Reds faced their first game of their US tour in the International Champions Cup, and for a long time it looked as though a win would be recorded.

Virgil van Dijk‘s first-half header gave Jurgen Klopp‘s men a deserved lead, only for Christian Pulisic to equalise from the penalty spot after the break.

The Liverpool-linked American then fired Dortmund into a late lead, before Jacob Bruun Larsen added a third after a Loris Karius error.

There was frustration about the way the match unfolded, but also plenty of more measured responses…

Good run out against a side that's been in the States longer and who have most of their first team playing. We should have taken our chances tbqhwy but there's loads of positives when we go forward. Karius needs to be loaned out or sold, he's never coming back. Keita was great

“From our side, this second half is disappointing, especially after that imaginary penalty given by the ref. We somehow fell apart.

“It’s only pre-season and the result has no importance, but it’s not a nice thing to see how the team falls apart defensively when the going gets a bit tough and the opposing team starts to play a bit of good and fast football.”

Liverpool weren’t even terrible. Ah well, on we go

Van Dijk, Robertson, Jones, Naby our better players this game. A few more miles in the legs now. Time for more players to get 60mins+ in next games and hope to see Mo & Sadio soon.

Win or lose don't read too much into preseason. Players are training at a seriously high level and then playing matches every 48 – 72 hours. You can win 5:0 or lose 0:5 – Late August is the time to judge how successful preseason has been (or not).

Unsurprisingly, Karius was again under the spotlight, as his Kyiv hangover shows no sign of easing…

The absolute definition of a broken man.

I think it’s actually a bit unfair playing Karius now. I’d taking him completely out of the firing line. He’s so obviously not mentally right. He’s never as bad as this pre season. #LFC #Karius

Unexpected conclusion to the game but no question the third goal is an error from Loris Karius; Sadio Mane has just put an arm around him to offer support as squad walk around the pitch ?

Safe to say, Loris Karius is in a bad place. The aftermath of Kyiv and arrival of Alisson looks to have left him a shadow of the goalkeeper signed from Mainz.

On a more positive note, Naby Keita again looked a class act during his second-half appearance…

Keita is some player! Just doesn’t stop! Love him already! Will be massively important this season

I think Naby Keita might be the definition of the flame emoji.

I was so impressed with how quickly Ox learned Klopp’s pressing structure from the midfield, but Keita seems damn near fluent after four halves of preseason football. My lord, what a player…

Have to say Naby Keita impressing me on many levels here ?

I can see everyone is absolutely losing it over Naby Keïta. We did tell you…