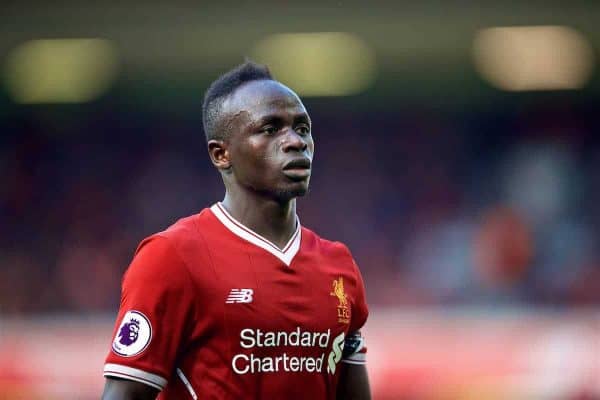 Sadio Mane has adopted the vacant No. 10 shirt at Liverpool, in what could prove to be a big indication of the club’s plans moving forward.

The Reds were initially expected to have reserved Philippe Coutinho‘s old number for Nabil Fekir, but a deal to sign the Lyon captain broke down in June.

Though there remain hopes a move for the 24-year-old could be revived, speaking after Thursday’s 2-0 win at Blackburn, Klopp suggested there would be no further signings made this summer.

Instead, the next hopeful development could be a new long-term contract for Mane, following similar extensions for both Mohamed Salah and Roberto Firmino.

And the club confirmed on Friday afternoon that Mane will now wear the No. 10 shirt.

Mane wore the No. 10 in his final season with Red Bull Salzburg, before taking it on his move to Southampton, and it is also his number for the Senegal national team.

In a statement released along with the news of Mane’s number change, Liverpool explained plans for those who had already purchased new home and away shirts with his previous No. 19:

“Liverpool FC will offer supporters who have purchased a 2018/19 replica shirt printed with ‘Mane 19’ a like-for-like exchange for a ‘Mane 10’ jersey. Please click here for full details.

“To claim this offer, supporters should return their 2018-19 ‘Mane 19’ replica shirt to any official LFC club store, where the shirt will be exchanged. Proof of purchase will be required and the original shirt will be retained.

“Fans who purchased a 2018-19 ‘Mane 19’ replica shirt online via the official LFC online store should follow the standard returns procedure as outlined in the store’s terms and conditions. We strongly recommend supporters send the shirts via recorded delivery as the club cannot accept responsibility for items lost in the post.

“Supporters who wish to exchange their shirt must do so before Friday August 17, 2018. Any shirts received after this date will not be valid for an exchange.

“Retained shirts will be donated to the club’s official charity, LFC Foundation, who will work with KitAid to distribute them to underprivileged children and adults in some of the world’s poorest countries.”

Mane returned for pre-season training on Friday, and this could be followed by the announcement of a new contract for the 26-year-old.

He has been widely touted with an improved deal, and this would see the club continue to tie down their most important players—particularly in the wake of rumoured interest from Real Madrid.

Securing Mane’s future would be one of the biggest successes of a transfer window that has already seen Liverpool sign Naby Keita, Fabinho, Xherdan Shaqiri and Alisson.

Along with Salah, Rhian Brewster and Taiwo Awoniyi have also agreed new terms this summer, as the club also seek to cement the future of Klopp’s attacking ranks.

However, Mane taking up the No. 10 shirt is likely a hint that a move for Fekir won’t be revisited, due to concerns over the Frenchman’s fitness.

But as has been proved throughout the summer so far, Liverpool are certainly capable of pulling off a surprise after averting the media’s gaze.