Right-back Trent Alexander-Arnold will join up with the Liverpool squad for their France training camp, returning early from his post-World Cup break.

After an incredible campaign last year, Alexander-Arnold won himself a spot in the England squad for the World Cup.

Although he only briefly featured for the Three Lions, his extended season meant he would, like Jordan Henderson, not need to return to pre-season with the Reds until after a three-week break.

But the teenager had already intimated to Jurgen Klopp that he would like to return earlier than planned—and the boss had to encourage both his right-back and his club captain to take their allotted time off.

Now, LiverpoolFC.com have confirmed that the youngster will report back for action earlier than expected. 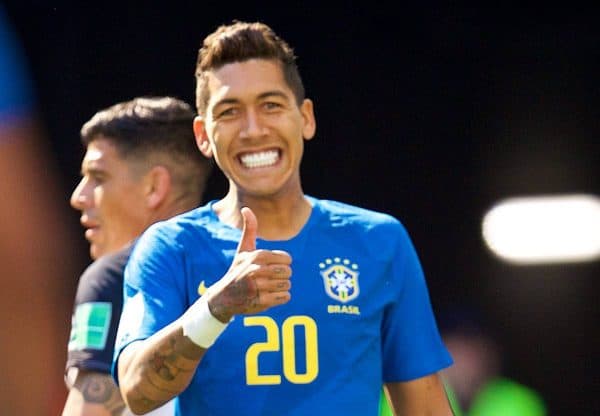 Alexander-Arnold will head to Melwood on Tuesday, before flying to France to meet the rest of the squad who will be at the training camp in Evian.

Roberto Firmino is also due to meet up with the squad in France, which could also mean new signing Alisson reports for duty for the first time alongside him, with the duo having represented Brazil in Russia this summer.

Alexander-Arnold impressed hugely last season, but faces a new fight for his spot with Nathaniel Clyne‘s return to fitness this year.

The added competition will of course be beneficial to the young defender as he looks to continue improving and adding consistency to his game.

The Reds are next in action in Dublin against Napoli, and each of Alisson, Firmino and Alexander-Arnold should all be in contention for minutes on the pitch.