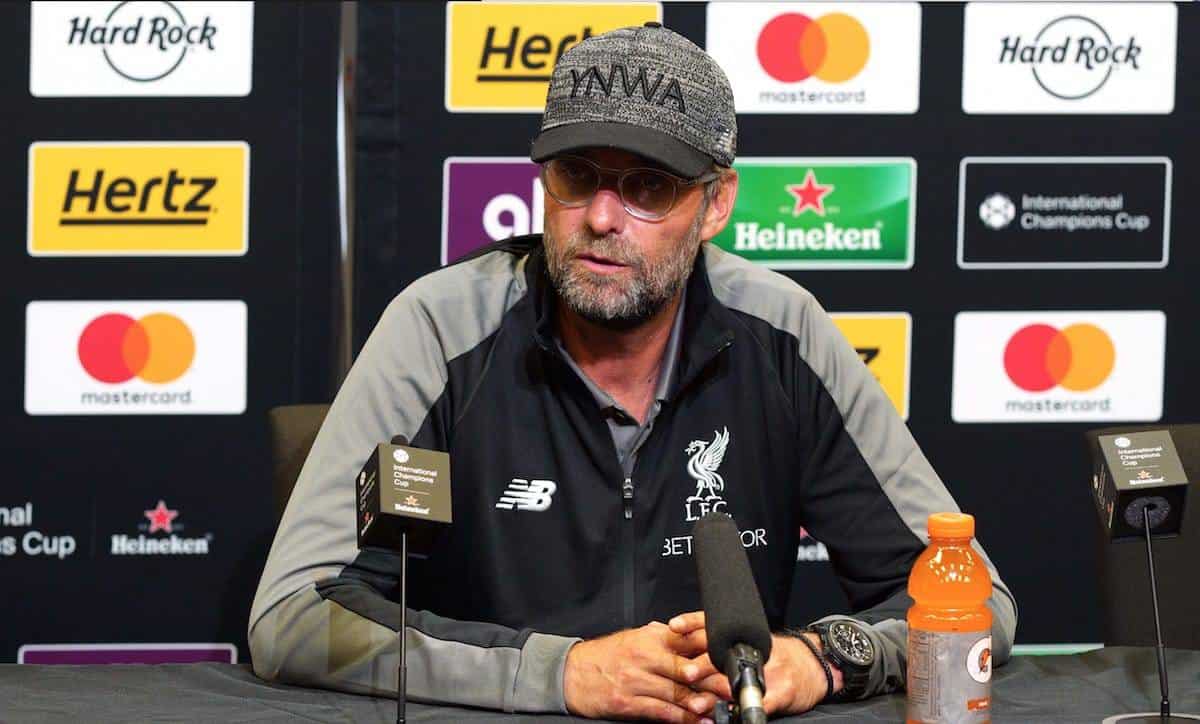 Jurgen Klopp felt humidity was an issue in Liverpool’s 3-1 friendly loss to Borussia Dortmund on Sunday evening, but also found positives in the defeat.

The Reds’ fifth match of pre-season was their most testing yet, as Klopp came up against his former club in the International Champions Cup in Charlotte.

Virgil van Dijk headed Liverpool in front in the first half, only for Christian Pulisic to net twice and Jacob Bruun Larsen to fire home in stoppage time.

Speaking in his post-match press conference, Klopp admitted the weather conditions were tough to adapt to, but was happy with elements of the performance.

“For both teams it was obviously very difficult circumstances, the humidity and all that stuff,” Klopp said.

“I think a few players thought after five minutes: ‘Wow, where are we here?’

“It’s quite difficult in the moment—Dortmund have exactly the same problems—with these mixed lineups to get kind of an organisation.

“We saw this in the first half. Fabinho position-wise should be the guy who organises but with Adam Lallana around him, Curtis Jones and the two wingers it was not easy.

“The beginning of Dortmund was good, then we controlled the game kind of but we didn’t create chances. But we scored the goal after a nice set-piece. Set-pieces were probably the most positive thing today.

“In the second half we played much better against a completely different Dortmund side. Our pressing was much better.” 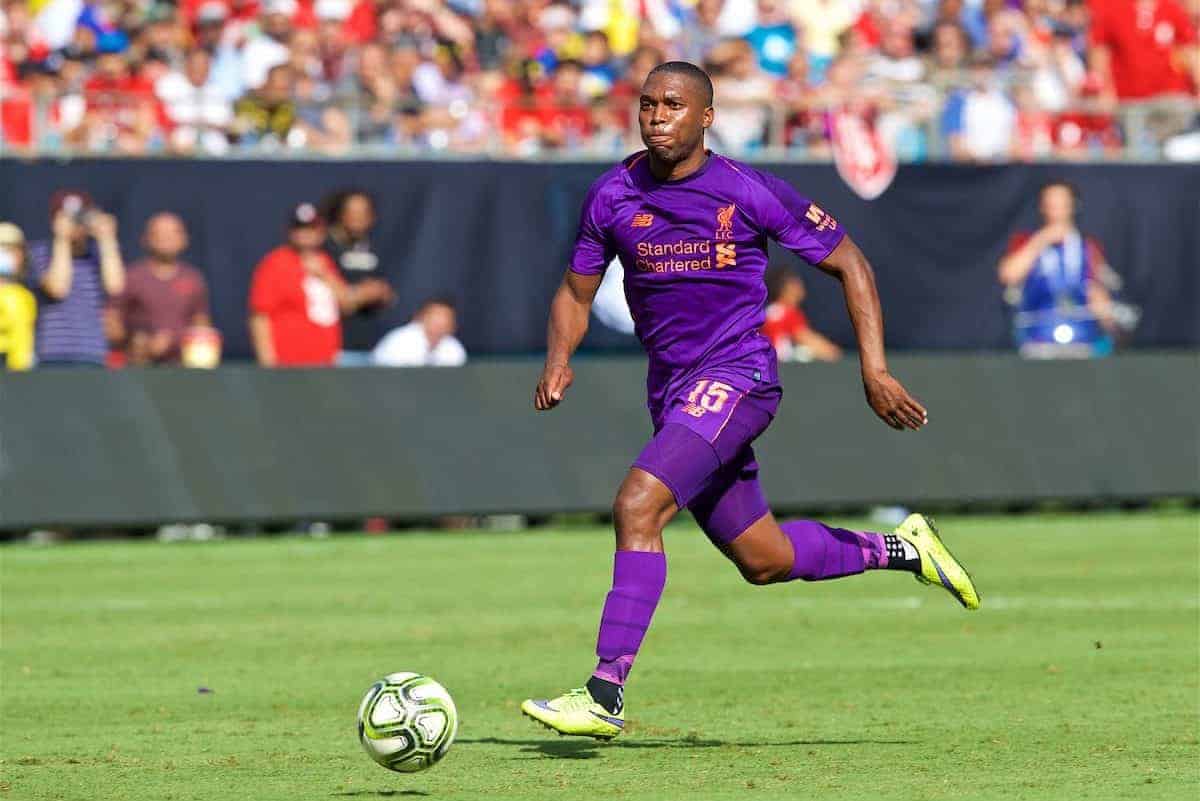 Klopp also singled out Daniel Sturridge for praise, as the striker continues to enjoy a productive summer for the Reds.

“He is in very good shape, that’s true. It was a very intense pre-season so far and he was part of pretty much all the sessions,” he added.

“He looks really good. Who doubts Daniel Sturridge when he is fit? I don’t. He is an outstanding player, hopefully he can stay fit and then the future is bright.”

Not too much should be read into the result, with pre-season all about getting players back fit and in form ahead of the new Premier League season.

Liverpool were the better team for much of the game and with each match that passes Klopp will feel his side are getting more fine-tuned.

Next up is a meeting with Man City in New Jersey in the early hours of Thursday morning—let’s see if the Reds can beat Pep Guardiola’s men for a fourth time in 2018!