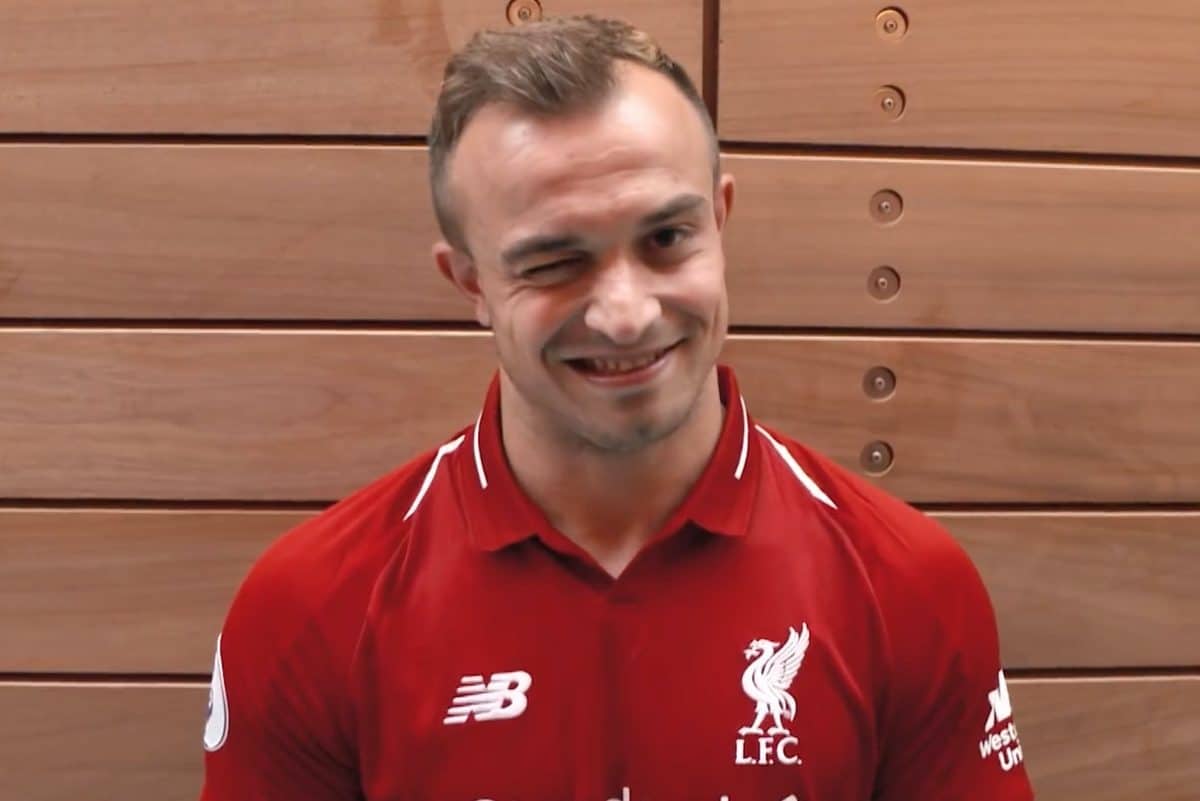 Xherdan Shaqiri became the third signing of Liverpool’s summer when he completed his £13 million move from Stoke City following the World Cup.

Shaqiri follows Naby Keita and Fabinho through the Shankly Gates to provide cover and competition for Sadio Mane and Mohamed Salah out wide.

The Swiss, who was Stoke’s top goalscorer and assist-maker last season, inherits the No. 23 shirt previously worn by Emre Can, and will be part of the Reds’ pre-season tour of the United States.

He is currently on a post-World Cup break in Mykonos, but travelled to England to undergo his medical after a deal was agreed with the Potters.

During his scans he discussed Liverpool’s previous Swiss players, Stephane Henchoz and Philipp Degen, and the magnitude of support for the club around the world.

After his medical, Shaqiri travelled to Melwood to sign his contract, undergo media duties and meet Jurgen Klopp and his new team-mates. 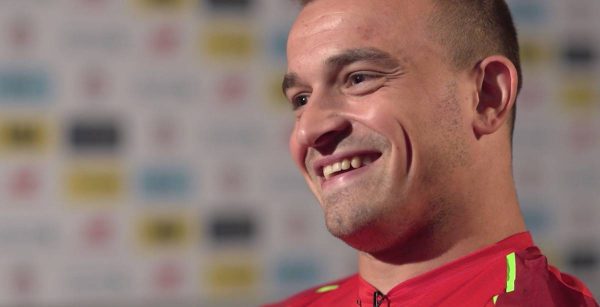 These included Keita, Danny Ings, Virgil van Dijk, Joe Gomez and Gini Wijnaldum, while he was reunited with Andreas Kornmayer, who he worked with during his time at Bayern Munich.

“I’m very happy to be here and can’t wait to start the season at Anfield, and You’ll Never Walk Alone!” he said, addressing supporters.

Shaqiri’s first outing is likely to come in the US, though the meeting with Klopp’s former club Borussia Dortmund on Sunday should come too early.

The Reds take on Man City (July 26) and Man United (July 28) before heading to the south of France for a training camp at the end of the month.