Chris Hughton hopes Brighton’s surprise victory over Manchester United has eased the pressure on their daunting trip to Liverpool.

The Seagulls began this campaign with a disappointing opening-day loss at Watford and Hughton is relieved to have points on the board before travelling to Anfield following Sunday’s deserved 3-2 win over United.

“I hope it’s done a lot because an away game at Liverpool, they almost don’t come any tougher than that,” said Hughton, speaking about the impact of beating Jose Mourinho’s side. 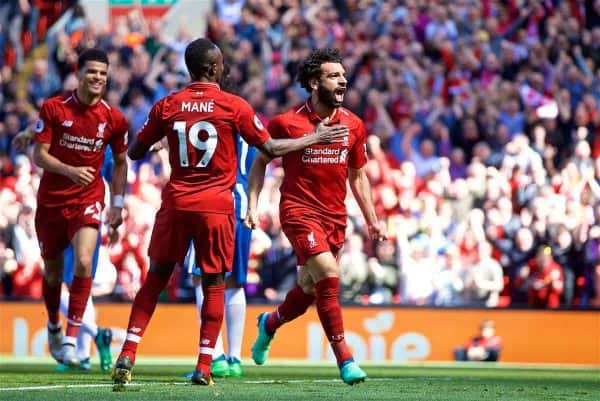 “We certainly need to show a lot of the qualities that we showed in last week’s performance.

“It allows us to go to Liverpool with three points. It’s perhaps quite daunting, if you’ve lost your first two games and your next game is Liverpool.

“There isn’t anybody that would expect us or see us winning in that game and I think we’ve got to approach the game in a manner that will allow us to get something.” 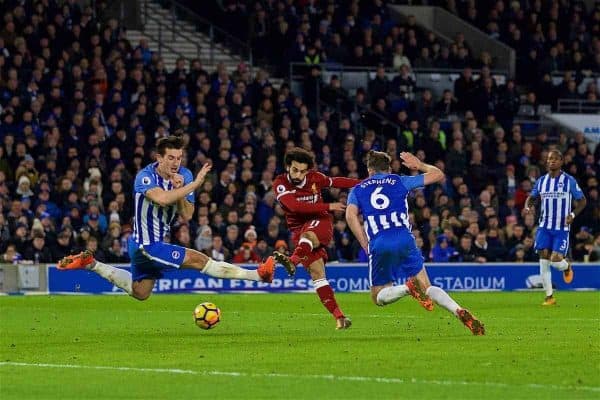 They repeated the trick following first-half goals from Glenn Murray, Shane Duffy and Pascal Gross at a raucous Amex Stadium.

Reaction to the result was heavily focused on the poor performance of the visitors and Hughton thinks his players deserved a greater share of the limelight for their impressive display.

“I think when you’re playing against the top six, you’re generally the underdogs,” he said.

“And probably we didn’t get the credit that we deserve.

“But I think that’s normal.

“Sometimes it’s not a bad thing to go under the radar a little bit but it was a very good performance and certainly a performance that deserved the win.” 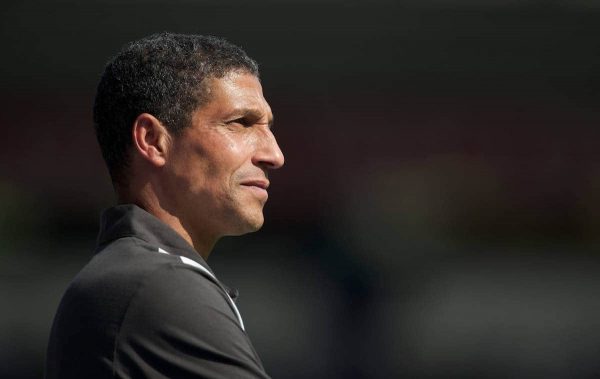 The issue does not appear to be as bad as first feared and Hughton says Dunk has an outside chance of being involved on Merseyside.

Nigeria international Leon Balogun, who made his Seagulls debut when replacing Dunk from the bench on Sunday, could deputise.

“Lewis hasn’t trained this week. The good news is that it’s not a bad one, he went over on his ankle,” said Hughton.

“We don’t expect him to be out for any real period of time.

“He’s a tough individual, we haven’t ruled him out completely but, at this moment, it would be doubtful.”