Three new signings make their first starts for Liverpool at Anfield as the Reds take on Torino in their final pre-season friendly tonight.

Alisson starts in goal – his last appearance at Anfield was as a Brazil player prior to the World Cup.

In defence, Trent Alexander-Arnold makes his second appearance of pre-season, while Nathaniel Phillips gets the nod in the centre alongside Virgil van Dijk.

Perhaps worryingly, there’s no Joe Gomez in the squad due to a minor injury – leaving Jurgen Klopp short of central defenders; with Ragnar Klavan and Joel Matip both sidelined also.

At left-back, Alberto Moreno starts over Andy Robertson and will wear the captain’s armband.

The midfield trio of Fabinho – making his first Anfield appearance, Gini Wijnaldum, and Naby Keita, could be the one that starts Sunday’s opener against West Ham.

Captain Jordan Henderson is among the subs, along with young defender George Johnston. 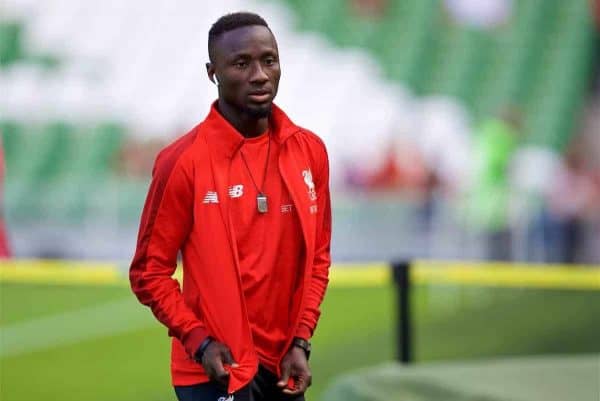 Danny Ings is also on the bench, and so could make a farewell appearance if he comes on.

New signing Xherdan Shaqiri is expected to make his Anfield bow from the bench in the second half.

Not involved are James Milner (due to a face injury he suffered in Saturday’s friendly vs. Napoli), Simon Mignolet Divock Origi, Dominic Solanke, Sheyi Ojo and Lazar Markovic – with those five’s futures all in doubt.

Kick off tonight is 7.30pm BST. We’ll have live coverage from 7pm.