Fabinho has stressed he knew there would be a battle for places in Liverpool’s midfield when he joined this summer and believes it is good for the team.

The Brazilian, recruited from Monaco, is still waiting to make his competitive debut for his new club, having been an unused substitute for the 4-0 Premier League win over West Ham on Sunday that kicked off the Reds’ season.

Fabinho, who had had a minor injury and been unwell in the buildup to the game, told Premier League Productions:

“When I came to Liverpool I knew this competition would exist in midfield and I think it’s really good for the team.

“If anything happens to a player, there’s adequate cover.

“During pre-season I played alongside a variety of different players and we blended really well. So, overall, I think it’s a good thing for the team.”

Fabinho was involved in all nine of Liverpool’s pre-season friendlies and he feels he has done well while adjusting to a new playing style.

“I think my performances have been good,” the 24-year-old said.

“It’s a different playing style than at Monaco; there were two of us in midfield there and here at Liverpool there’s three.

“My midfield partners have given me guidance and assistance, as have the defence. I knew [my role] would change and I feel I’ve adapted well.

“You seek guidance and help from the players around you and that has worked really well up until now.”

He added: “It has been really good since I arrived here.

“The players and the coaching staff have been brilliant. I have been able to fit in really well with the club, the training and games we’ve played have been good.” 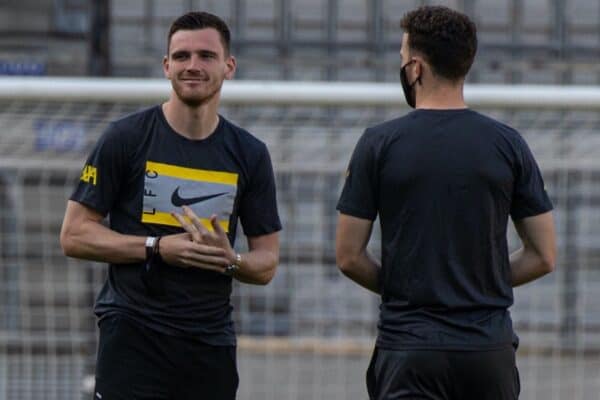 The heartwarming gesture James Milner made to 97th Hillsborough victim