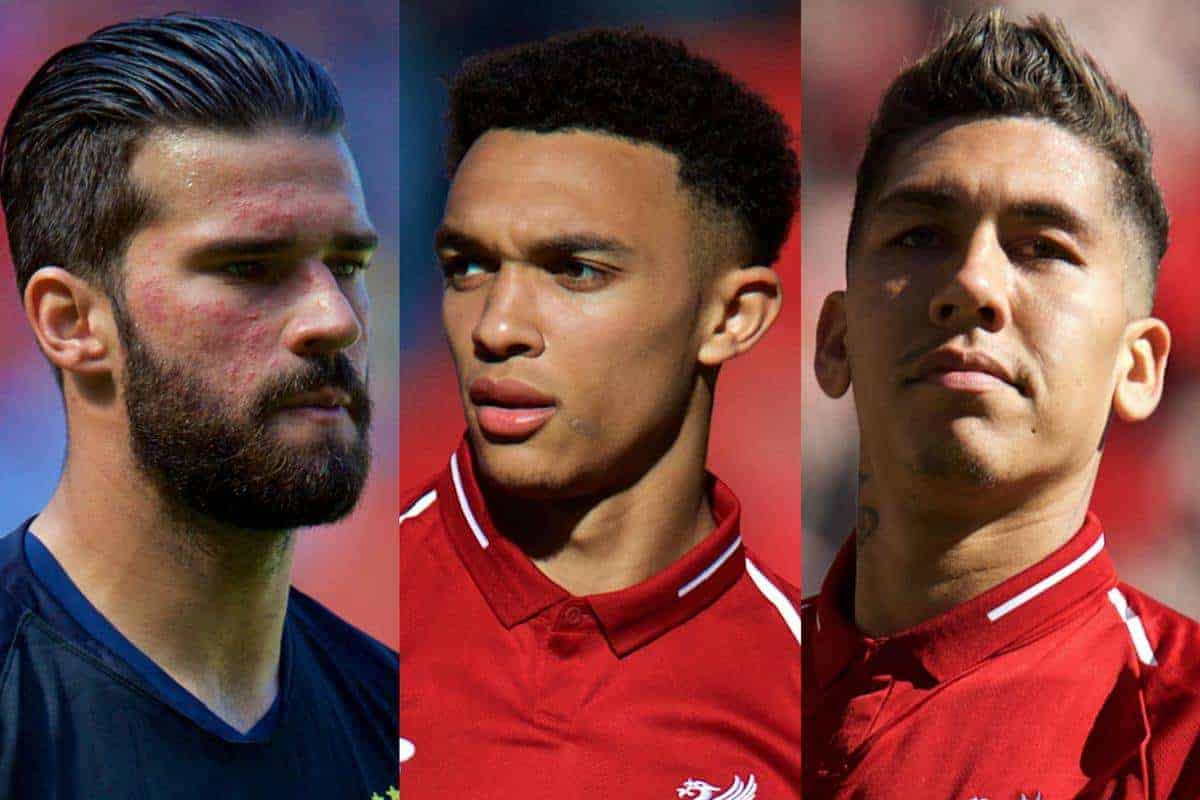 Jurgen Klopp is hopeful Alisson, Trent Alexander-Arnold and Roberto Firmino will all be fit to feature in Liverpool’s season opener against West Ham.

Due to the World Cup, the Reds have had to make do with various players returning to training at different stages of pre-season.

While an early exit for the likes of Mohamed Salah and Sadio Mane worked in Jurgen Klopp‘s favour, several key men have only just reported for duty.

One of those is Alisson, who supporters are desperate to see appear for Liverpool after his move from Roma saw him become the most expensive goalkeeper in world football.

Klopp has told LiverpoolFC.com that the 25-year-old will likely make his debut against Napoli on Saturday, as well as featuring against Torino three days later, giving him perfect preparation for the Premier League opener at Anfield on August 12: 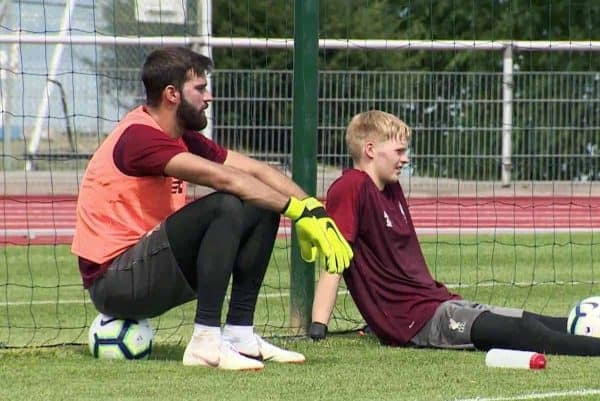 “It’s pretty likely [he’ll make his debut against Napoli]. We should not waste time.

“Then it’ll be nearly a week, or six days in training, since he [started] and yes, he will play.

“I’m very pleased [to be able to work with him], but first of all it’s very important he can start now because the season starts in one-and-a-half weeks.

“Each player in the world needs training and time to adapt to his mates.

“We have two games to do that before we start, so it’s really good.” 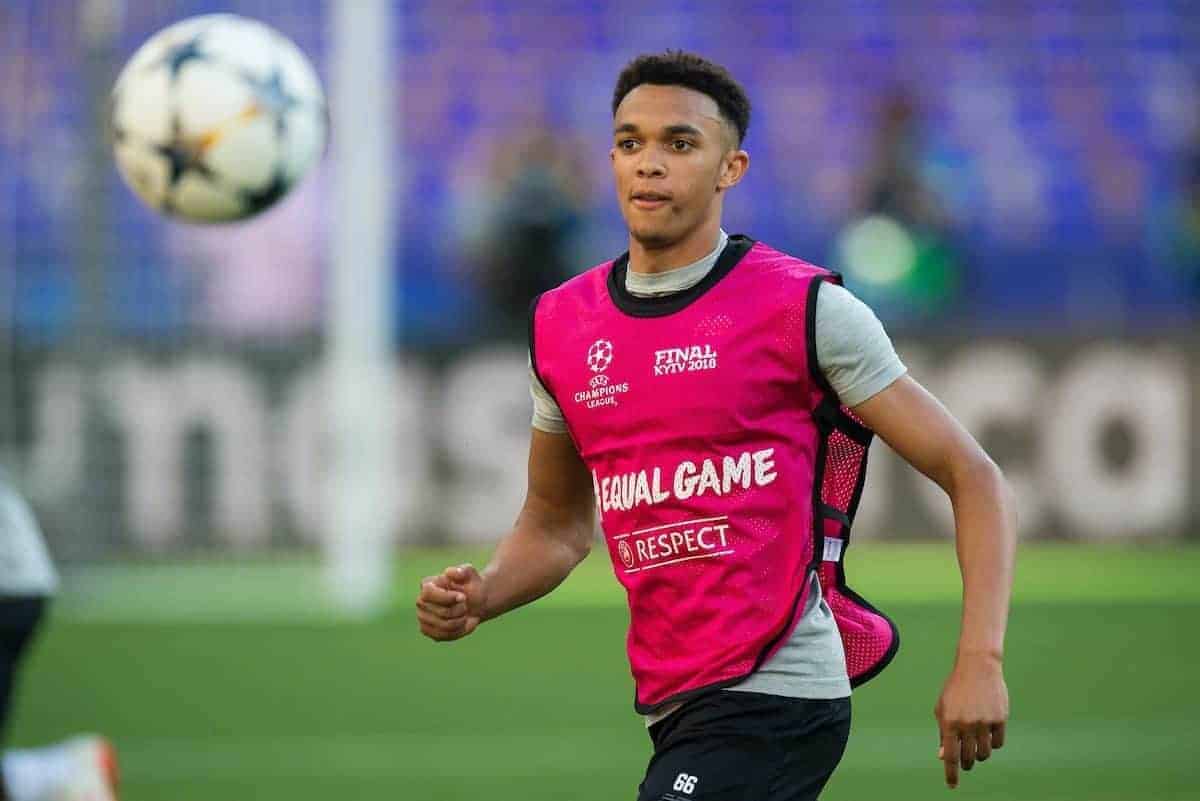 Meanwhile, Alexander-Arnold and Firmino are in the same boat, having both returned to training earlier in the week.

With regards to Firmino playing against the Hammers, Klopp said: “He will have had then two weeks after three weeks off, it should be possible but we will see until then.”

“In the moment he looks good, his programme is obviously pretty different,” the manager added.

“He is part of most of the sessions when the boys do something different that is not the highest intensity, so then he needs to do a little bit more, like Trent will do now.

“Step by step, they are all coming back and it’s the best news.”

As for Alexander-Arnold, Klopp said the 19-year-old is raring to go, and could be ready to feature at Dublin’s Aviva Stadium this weekend.

“Trent seems to be really relaxed and really desperate to be part of the team again, so [it is] good to have him and now we can start with him,” he explained. 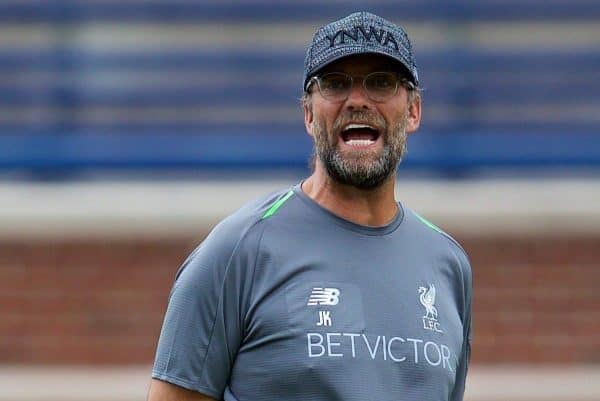 While more and more first-team players become available to Klopp, there are still a few for whom the first game of the season will come too early.

Jordan Henderson has still not returned, despite his best efforts to, after being given an extended break having reaching the World Cup semi-finals with England.

The same applies to Dejan Lovren, whose Croatia side lost in the final to France, and Simon Mignolet, who played deputy to Thibaut Courtois as Belgium sealed third place in Russia.

Whether or not Alexander-Arnold and Firmino start against West Ham remains to be seen—Nathaniel Clyne and Daniel Sturridge have played more football this summer and are options.

But Klopp has all but confirmed their involvement in some capacity, ensuring a strong side will kick off the campaign.