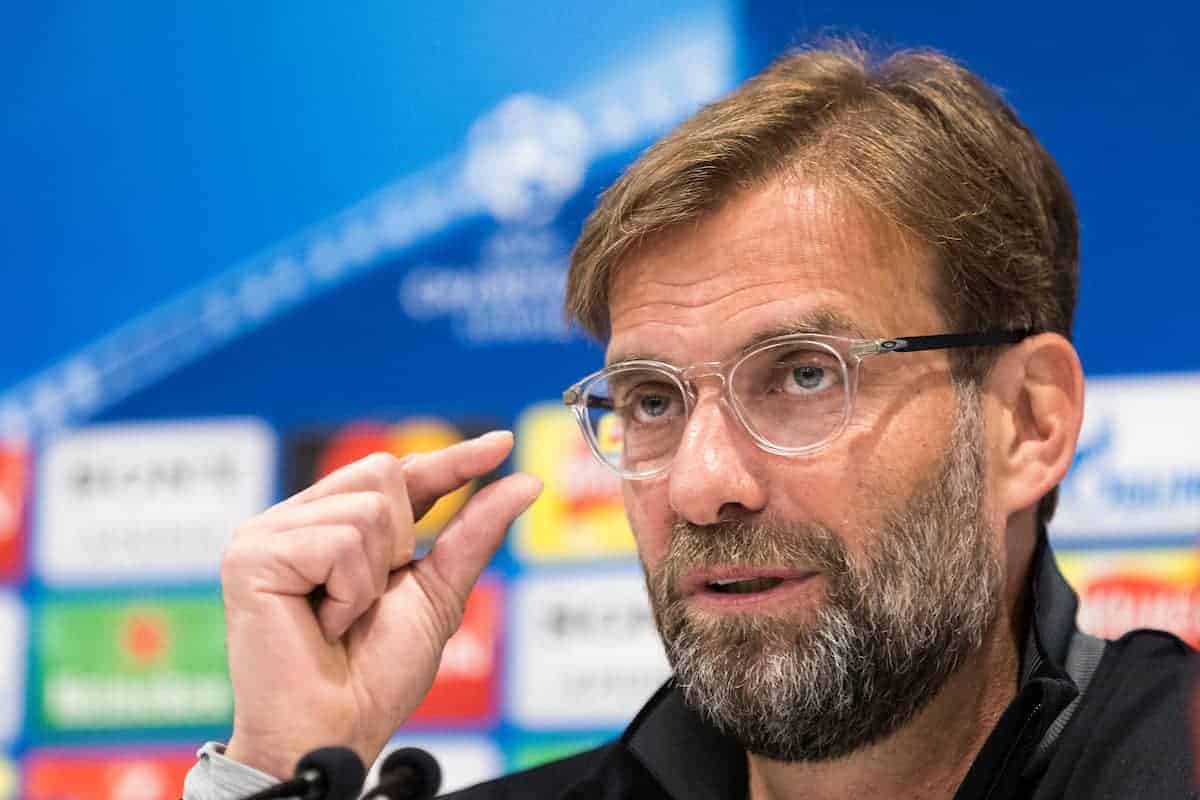 Jurgen Klopp has given his reaction to Liverpool’s Champions League group stage draw, saying the quality opponent is always to be expected.

Being seeded in pot three, there was always a very strong likelihood that Liverpool would face a tough group, and so it has proven – with the group looking more difficult than the one they faced last season.

But after blitzing the likes of Man City and Roma on the way to the final last season, Klopp’s side will fear nobody and the rest will fear them.

Said Klopp in reaction to the draw:

“To be 100 per cent honest, it was not that I had a group I wished for or whatever. I expected a difficult group, we have a difficult group and that’s what the Champions League is all about.

“PSG are one of the most exciting teams in the world and I think their target is to win the Champions League, so that will be two interesting matches.

“Napoli, we beat them in pre-season but it goes without saying these two games will be completely a different challenge.

“I’ve been to Napoli with Dortmund, so I know what the atmosphere is like there. In fact, it’s where I got a suspension [for being sent off]. I can do better, obviously!

“Red Star, I watched them last night. They came through and it will be, again, a very, very intense atmosphere I am sure.