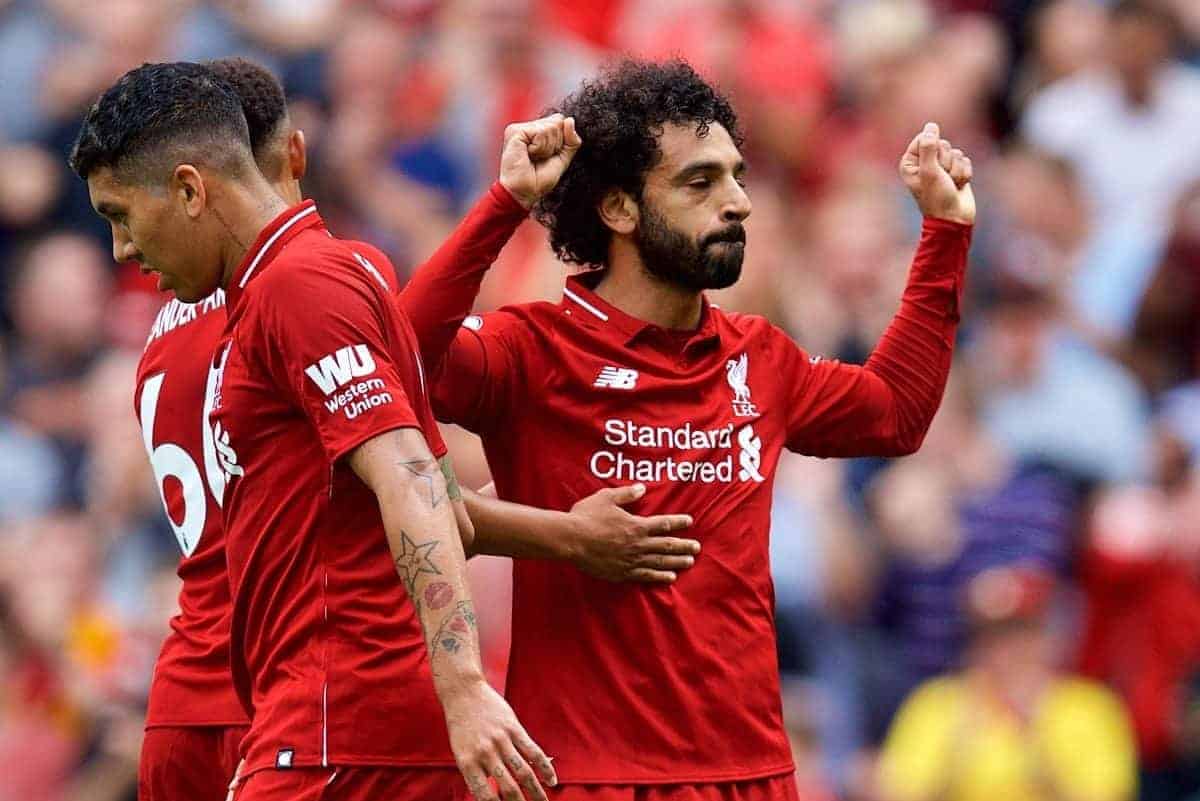 Jurgen Klopp hailed Liverpool as having “played as good as possible” after Sunday’s comprehensive 4-0 victory at home to West Ham in the Premier League.

The Reds took to Anfield for the second time in six days as they kicked off the 2018/19 campaign at home to a new-look Hammers.

With many tipping Klopp’s side to challenge Man City for the title this season, there was considerable pressure on Liverpool to perform immediately.

And though the likes of Felipe Anderson and Michail Antonio gave them problems, they certainly managed that, with a four-goal rout a deserved reward for a fine all-round display.

Mohamed Salah netted his first of the new term after just 19 minutes, before Sadio Mane struck either side of half-time, with Daniel Sturridge‘s late goal rounding off a fantastic afternoon.

Beyond the goalscorers, it was a memorable afternoon for many, including debutant Naby Keita, who shone in midfield alongside the standout Georginio Wijnaldum and James Milner.

But how did journalists, statisticians and supporters assess the Reds’ opening-day triumph? 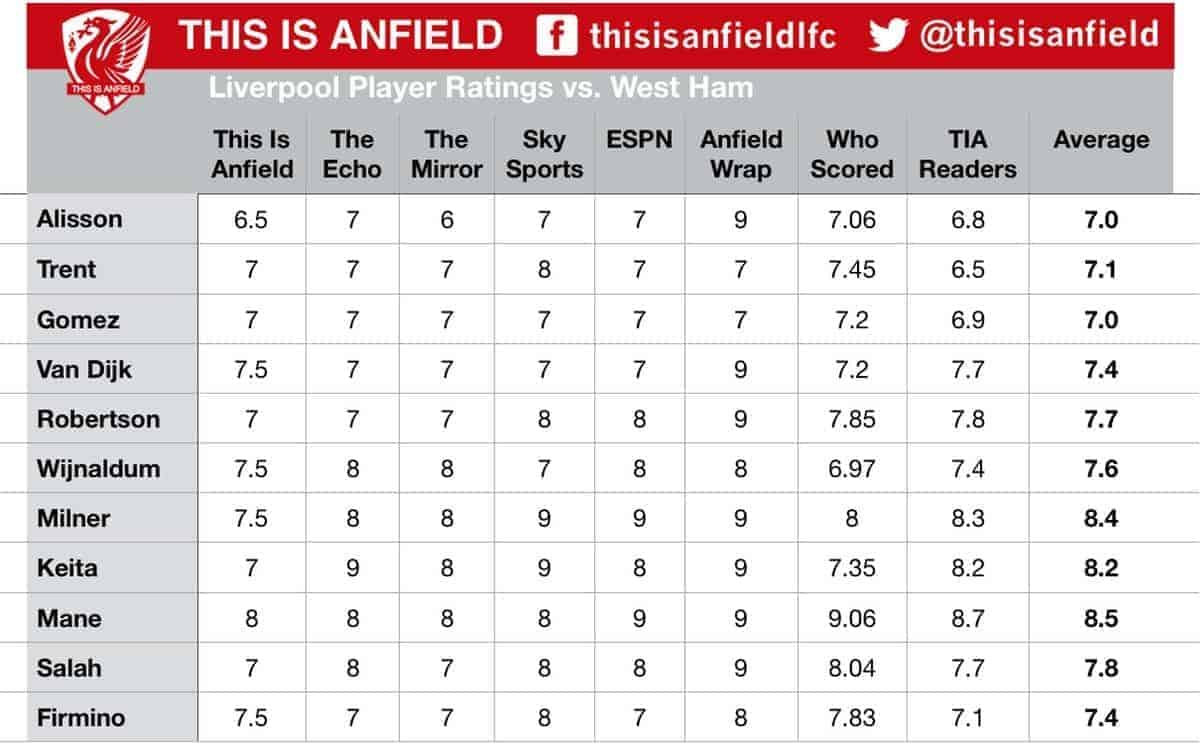 Wearing the No. 10 shirt after his summer switch and eager to perform after heartbreak at the World Cup, Mane took centre stage on Sunday, and was unsurprisingly the highest-rated of any player (8.5).

Not far behind, however, was Milner (8.4), whose tireless and intelligent performance as Klopp’s knitting midfielder saw his stock continue to rise as the years go by.

“It takes more than 15 stitches for a head wound to slow the no-nonsense Yorkshireman down. The best player on the pitch,” wrote ESPN’s Dave Usher.

Keita (8.2) also garnered widespread praise, with This is Anfield’s Henry Jackson the only writer to deem the Guinean below an eight out of 10.

With little to do between the sticks throughout, Alisson (7.0) went under the radar on his debut, while Trent Alexander-Arnold (7.1) and Joe Gomez (7.0) were arguably underrated by some.

Statistically, the Reds followed a similar trend, with Mane’s two goals and two chances created ensuring he leads the way.

Perhaps most interestingly, though, the 26-year-old also made more successful tackles (three) than any of Klopp’s players bar Alexander-Arnold (four).

Milner made at least 23 more touches than any other player on the pitch, with 122, as well as creating more chances (three) and completing 93.1 percent of his attempted passes.

Despite wearing a protective headband following the 5-0 mauling of Napoli in pre-season, the vice-captain also won more aerial duels than any other Liverpool player (two).

Overall, the Reds enjoyed 64.8 percent of possession and had 13 more shots on goal than West Ham, hitting the target with eight of their 18 attempts in a strong team display.

They will be hoping for a similarly crisp, controlling performance away to Crystal Palace next Monday night, as they aim to mount a title challenge in 2018/19.