Liverpool are reportedly in talks with Russian Premier League side CSKA Moscow over a season-long loan deal for peripheral midfielder Marko Grujic.

Grujic was left out of Jurgen Klopp‘s matchday squad for the opening-weekend victory over West Ham on Sunday, with Fabinho, Jordan Henderson and Adam Lallana all on the substitutes’ bench.

The depth in reserve in the Reds’ midfield ranks leaves the 22-year-old in a difficult position this August, with a temporary switch to Cardiff City already breaking down.

Cardiff manager Neil Warnock explained this was due to a “contract issue,” with Liverpool eager to tie Grujic down to a new deal before sanctioning a loan.

Whether he is due to put pen to paper on an extension is unclear, but various reports in Russia suggest the Serbian could be on his way to Moscow.

Championat suggest the two clubs are “negotiating” a deal, which would see Grujic spend the campaign with CSKA before returning to Merseyside next summer.

They claim talks are “at an advanced stage,” with the player having “expressed interest” in making the switch.

Sport 24 have moved to corroborate these reports, while journalist Artur Petrosyan relayed that he “could go on loan” before the end of the transfer window.

Deadline day in Russia is September 6, which would provide Liverpool and CSKA considerable time to discuss terms, though Klopp will likely be eager to find a solution in the near future. 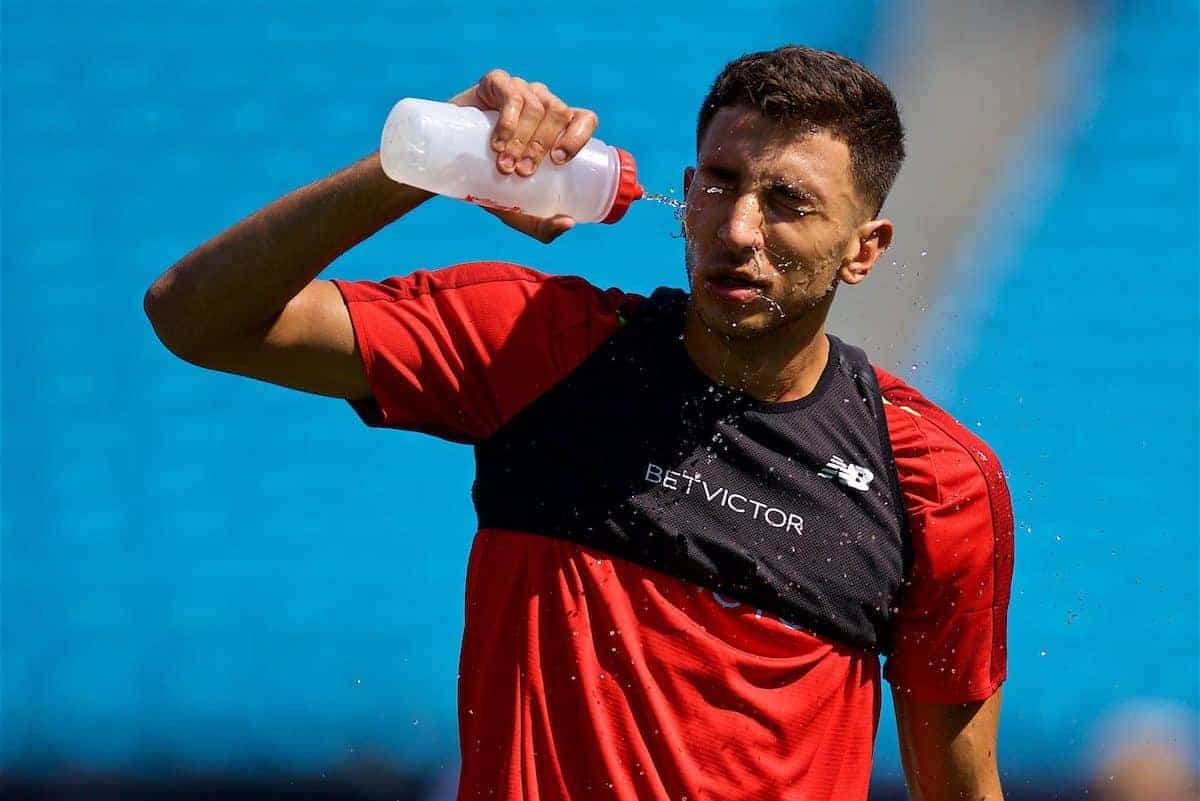 It would be no surprise to see Grujic depart in then coming weeks, with Naby Keita, Georginio Wijnaldum, James Milner and Curtis Jones all options in midfield along with Fabinho, Henderson and Lallana.

But whether a move to CSKA would be beneficial to his long-term development at Liverpool is questionable, despite their involvement in this season’s Champions League.

While Grujic would gain experience in Moscow, and could command a first-team role, the disparity between the Russian top flight and the Premier League is clear.

The ideal scenario would have been loaning Grujic to Cardiff for the campaign, providing him with another season in familiar surroundings, and the increased challenge after their promotion.

However, if Grujic is not in Klopp’s plans moving forward, this could be a stopgap, value-boosting deal before a permanent exit in 2019.

CSKA were among the clubs chasing Grujic before his £5.1 million move to Anfield in 2016.