If it all looked a little too easy for Liverpool in their 4-0 win over West Ham, this was thanks to hours of work on the training ground and two new signings.

Alisson and Naby Keita may be influencing the game in different parts of the pitch, but they are both working towards the same end, and their actions on the ball work toward the same goal.

The formation was the 4-3-3 which is now familiar under Jurgen Klopp, but the introduction of Keita, especially, plus an opposition who are still getting used to their new manager, made for an exhibition match where everything clicked into place. 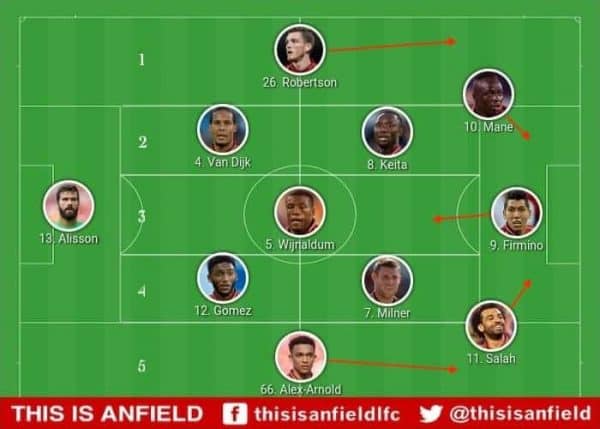 The ease with which the plan was carried out was also thanks to the old guard, and 32-year-old James Milner put in a commanding midfield performance.

His inclusion was possibly down to Fabinho’s absence through illness, but any player will struggle to shift him from the lineup on this display.

Before delving into the statistics on the tactical side, it’s worth noting that Milner won two aerial duels and made two headed passes with a head which just last week required 15 stitches in a gash above his eye.

Though he was wearing a headband, the mindset required to not shirk this type of thing is typical Milner. The captain’s armband was now also a captain’s headband.

The rest of his game was on point too, as he made three key passes, completed 93 per cent of his passes and was involved more than any other player.

Milner had 122 touches and made two assists—if you count his corner which deflected into Daniel Sturridge’s path. 40 per cent of Liverpool’s attacks went down the right channel he occupied.

Keita was also excellent in a role on the left which mirrored Milner’s. The heatmaps below from SofaScore show their respective involvement, with Milner on the right and Keita on the left. 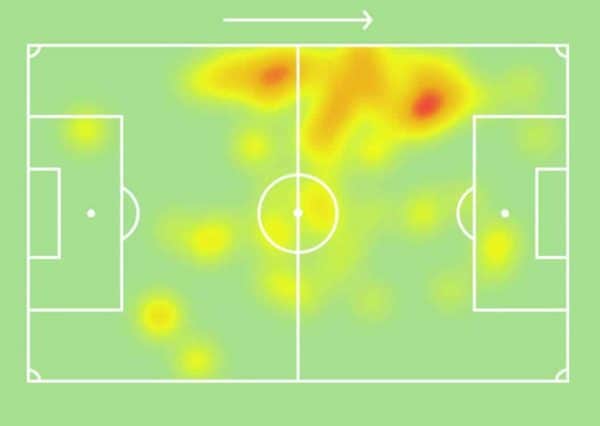 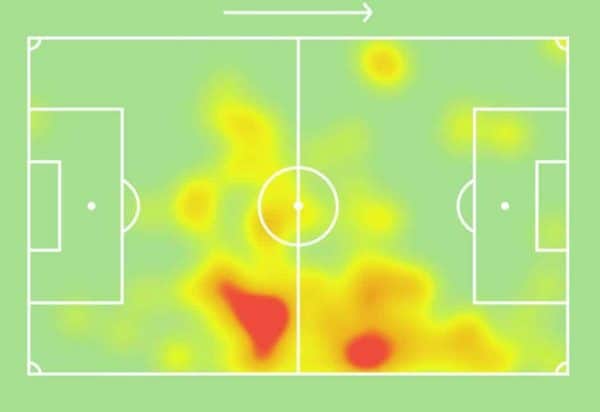 Both worked the half-spaces between the wings and the centre of the park, helping out the full-backs in attack and defence, ably supported by Georginio Wijnaldum who patrolled the central channel.

For a new player coming into the side who doesn’t speak the language, Keita’s ability to slot straight in, as if he’s been playing here his whole career, should not be underestimated.

“It is a similar style of play and similar position he played at Leipzig, and he had a lot of help from players around him today,” Klopp said of Keita’s performance, knowing that there is much more to come from the Guinean.

So the other new signing doesn’t feel left out, here’s a graphic showing Alisson’s passing, from StatsZone.

He completed 94 per cent of his passes, including five out of six successful long balls.

The Brazilian stopper only had a couple of routine saves to make, and was called upon to punch one cross clear, but on the ball there were no qualms, even when some of the passes back to him weren’t the best.

The Shape of the Goals

Three of Liverpool’s four goals were scored from inside the six-yard box, even though designated striker Roberto Firmino only had one shot in the whole game.

This was due to his withdrawn role which saw the team form a midfield diamond in attack.

The in-game images below show the general shape during attacking build-up. The second one shows Firmino dropping deep to lay the ball back to Keita, drawing a defender with him before he turns and rejoins the attack. 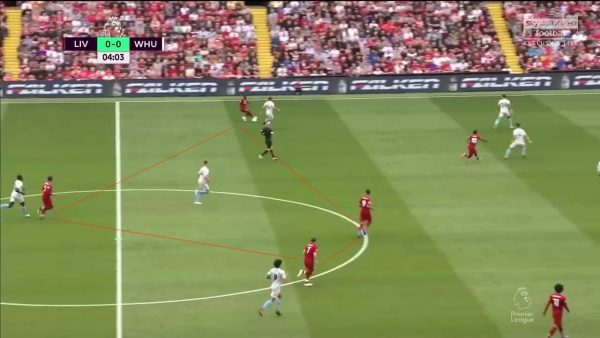 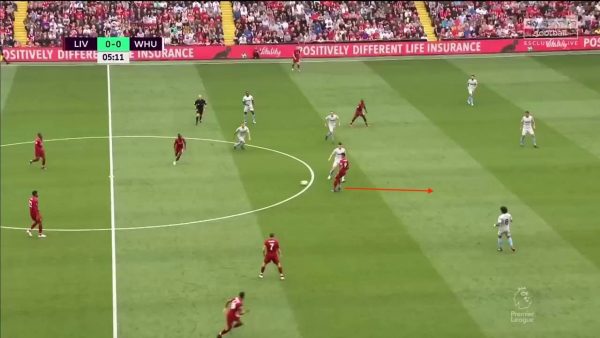 Meanwhile, the ball moves forward around him toward the wide forwards, Mohamed Salah and Sadio Mane.

The average positions, shown below from SofaScore, back up the screenshots, indicating that these weren’t one-off occurrences and that this tendency for the striker was part of the plan.

As the move begins for the opening goal, with an incisive ball from Trent Alexander-Arnold infield to Keita, Firmino is in his own half.

By the time Salah tucks away Andy Robertson’s cross, he is just a couple of yards behind the goalscorer, and had the ball come in at a different angle he would have been on the end of it himself.

This is something which was evident last season, but was even more prominent in the opening game of this campaign.

Salah and Mane are effectively the strikers, and it’s no surprise that these were the players whose names graced the scoresheet.

The work of Milner and Keita in their respective channels, or half-spaces, as mentioned above, allows Salah and Mane to work in the same channel further forward.

The basic formation shown at the top of this page splits the pitch into five, and the second and fourth segments are where these four players do their damage.

Firmino and Wijnaldum are key to occupying the middle, distracting defenders and assisting in the build-up play, while the work of Robertson and Alexander-Arnold in the wide areas is also key.

Four of the top five most common passing combinations were between the full-backs and the two half-space midfielders.

Trent may not have been on his game in terms of crossing, and Klopp called him over for a mid-game talking-to after one particularly wild attempt, but his general build-up play contributed to the bigger picture, as seen in that opening goal.

Robertson’s stint from the left channel was there for all to see, as he grabbed an assist for the first and played a big part in the second with his deep cross to Milner.

Meanwhile, both centre-backs played their part with direct passes out from the back.

Van Dijk completed 60/61 passes, and it was especially encouraging to see Gomez slotting nicely into the system, and playing some good passes into midfield.

More tactical trends will become evident as the season progresses, and it will be easier to focus on details as each game tells a different story.

But in this Anfield opener, Liverpool were able to display their overall plan thanks to an opposition who aren’t yet drilled in the ways of their new manager, Manuel Pellegrini, and a system of their own which has now been in place for multiple seasons.

One which they are aiming to perfect with the addition of new players, who still have much more to give in the coming games.