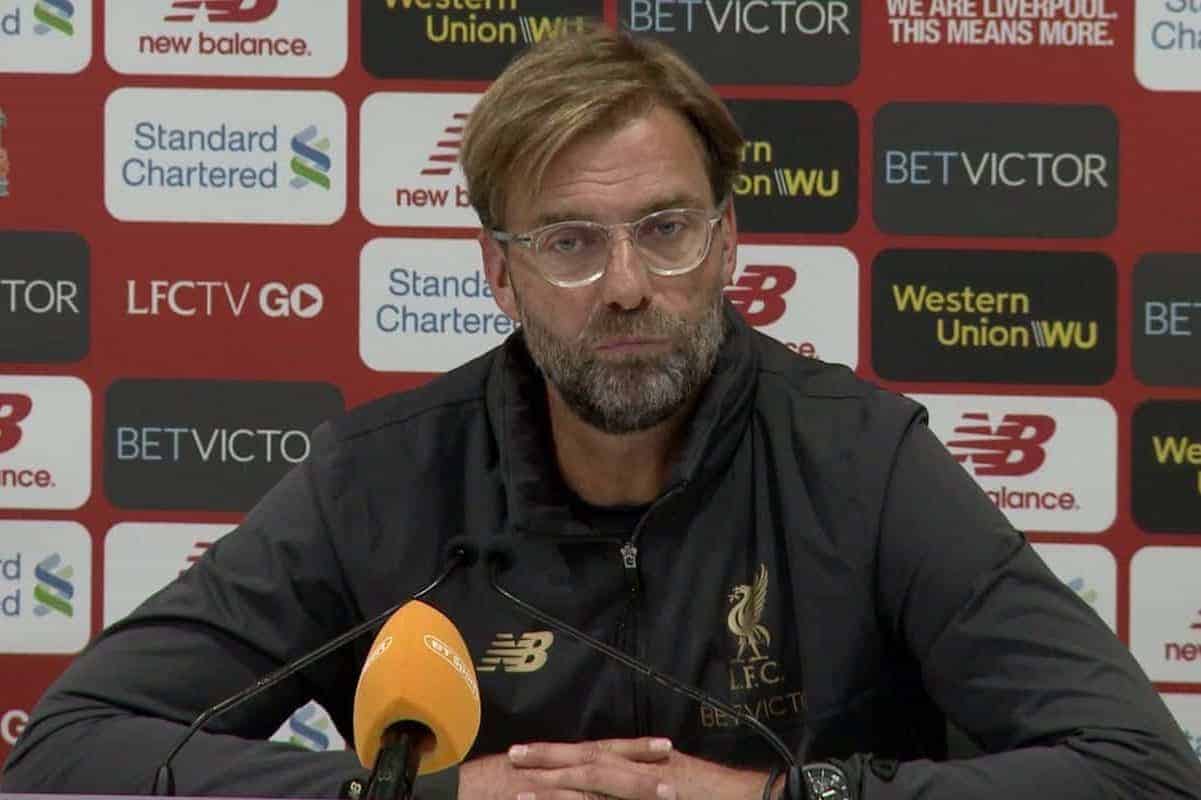 Watch Jurgen Klopp‘s post-match press conference after Liverpool just about did enough to take all three points with a 1-0 win over a spirited Brighton.

The Reds pounced on a Brighton mistake to grab all three points as James Milner kickstarted a typical Klopp press.

Sadio Mane and Roberto Firmino combined to assist Mohamed Salah—the Egyptian passed the ball into the net to secure his 29th goal in 29 games at Anfield.

At the other end, Alisson pulled off a number of excellent saves to remind everyone why Liverpool were so keen to secure his services from AS Roma.

Jurgen Klopp meanwhile was in a more philosophical mood when he spoke to the press after the game:

“Nine points after three games, there’s never anything negative about that. But if you watch the games, you will see we have a lot of work to do.

“After half-time, we didn’t do exactly the same [as the first]. Maybe it’s my English or whatever, we didn’t show the same patience any more.

“The players are not exactly 100 percent fit. That’s how it is, we cannot give players a very short summer break then expect to be at the level. These games are the most important ‘session’ we can have.”

The Liverpool manager expected a difficult game, mentioning Brighton‘s performance against Man United before a ball was kicked.

“I knew before the game that we have a lot of work to do, maybe now you know it as well.”

Klopp then spoke on Alisson, who denied an almost certain goal in the final moments—saving well at close range from Pascal Gross.

“They had their chances, Alisson had to make a big save. Nice. Good for him, good for us. 1-0 is not a result we had very often, so I’m very happy.

[The Alisson chip] was not too cool. I had a few centre-halves—like Mats Hummels—who did things like this. Alisson is obviously a very good footballing goalkeeper. I like the save more than the chip.”

On the departure of Lorius Karius he was reflective—wishing the German well in Turkey:

“We said goodbye yesterday. He’s really looking forward to it, it’s good for him.

“I really think he’s a fantastic goalkeeper, at the right age.

“I’m really happy for him, and he’s happy to have the opportunity.” 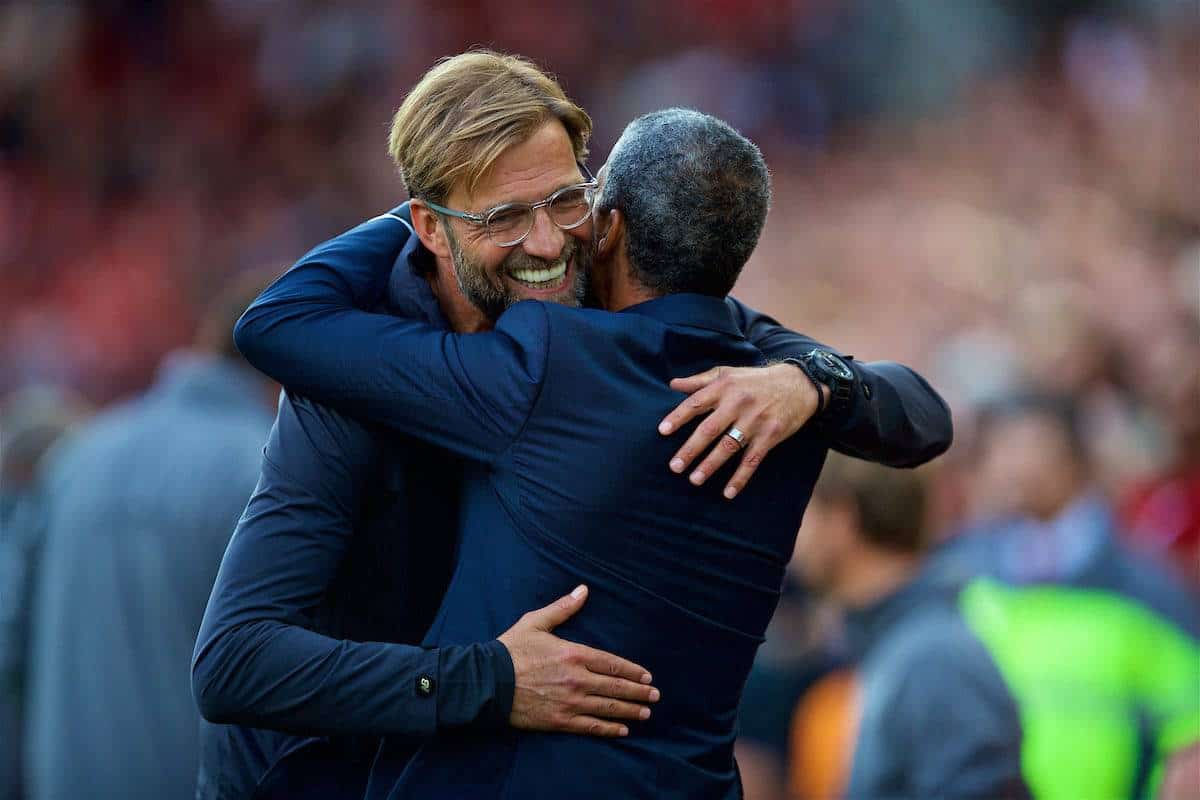 Finally, there was praise for Joe Gomez, who looks to be making the position next to Virgil van Dijk his own:

“Today was a big test, Brighton thought they could pick on Joe for the long ball, and he did really well.

“I don’t think he made one foul, he won 70 or 80 percent of his duels—he is a good footballer, I like him. He has a lot of nice things for a centre-back.

Liverpool are away to Leicester City next Saturday in the last fixture before a two-week international break.

Can the Reds make it 12 points from 12 and continue their impressive start to the 2018/19 season?