Liverpool kicked off September with a battling 2-1 win away to Leicester City, but what else can we expect from Jurgen Klopp‘s side throughout this month?

The Reds enjoyed a mixed start to the month across the age groups, with the first team winning at Leicester City, the U23s losing to West Ham and the U18s clinching three points against Stoke.

The squads now depart for international duty, and will return midway through the month ahead of one of Klopp’s toughest spells since taking over in 2015.

After a perfect start to the campaign, however, with victory over Leicester adding to those against West Ham, Crystal Palace and Brighton, the senior Reds should be confident this month.

Elsewhere, both Neil Critchley and Barry Lewtas will be looking for further development from their youngsters as the second month of the season rolls on.

Here’s what to expect from Liverpool’s first team, U23s and U18s for the rest of September.

Despite taking four wins from four games, ensuring a perfect start, the Reds are yet to get going under Klopp this season, with only the thrashing of West Ham truly convincing.

Instead, they have shown a different side to their game, grinding out wins in difficult clashes, with goals on the brink of half-time and solid defensive displays hopefully a marker of title-challengers.

This month will provide a much tougher test of their credentials, though, with two clashes against fellow ‘big six’ sides, a Champions League opener and a meeting with Chelsea in the League Cup.

Klopp has praised his new-found squad depth in the first weeks of the season, with the likes of Fabinho, Adam Lallana, Xherdan Shaqiri and Daniel Sturridge yet to feature regularly.

They will be required if the Reds are to maintain their unbeaten run as they take on Tottenham, Paris Saint-Germain, Southampton and, twice, Chelsea.

One of the biggest problems to navigate will be the international break, with a remarkable 34 Liverpool players called up for duty this month.

That includes 17 from Klopp’s first-team squad, with Alisson, Fabinho and Roberto Firmino facing a particularly testing spell as they travel to the United States for two friendlies.

They will return in the days before the Reds’ trip to Wembley, and it is unclear whether the two outfielders will be risked from the start.

This highlights a big issue for the manager as he looks to rotate his squad throughout a busy period—with another 18 games currently lined up in October, November and December.

Klopp will be hoping his players manage to avoid injury on their travels, as this could be a setback. 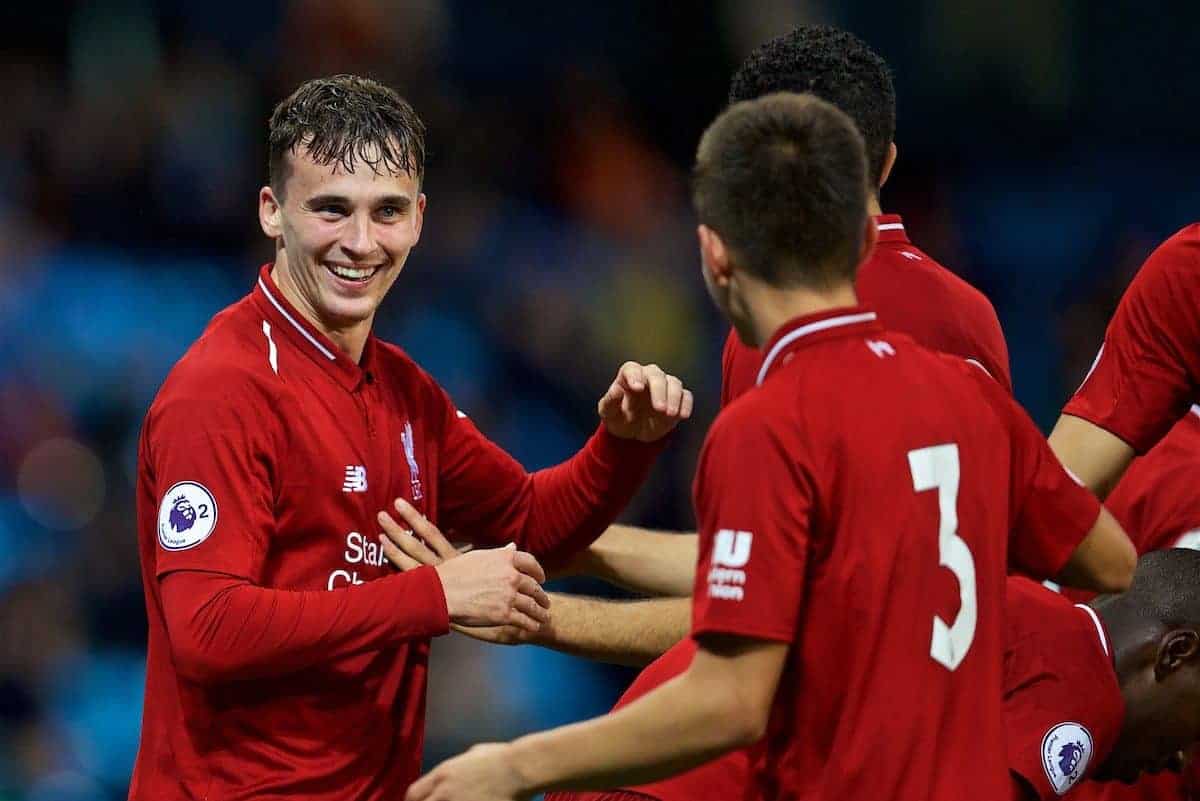 It has been a disappointing start to the season for the Liverpool U23s, with three draws and a win so far in competitive outings.

Held by Brighton, Tottenham and Man City, the young Reds suffered further when they took on West Ham at Kirkby, with a mis-shapen side struggling for fluency.

It doesn’t get easier in September either, with a home clash with Swansea City followed by trips to Arsenal and Chelsea.

There has been cause for optimism, however, particularly in those young players stepping up from the U18s such as Adam Lewis, Neco Williams and Liam Millar, which should be encouraging for Klopp.

The likes of Caoimhin Kelleher, Kamil Grabara, Nat Phillips, George Johnston, Curtis Jones and Rafa Camacho have been regulars, too, after their appearances for the first team in pre-season.

But with a clutch of senior players failing to secure moves away from Liverpool in the summer, including Pedro Chirivella, Lazar Markovic and Dominic Solanke, it could be that pathways are blocked between now and January.

Contrasting with the fortunes of their U23s counterparts, the U18s have enjoyed a strong start to the season, with Lewtas picking up where Steven Gerrard left off.

His side is certainly much-changed, with Remi Savage, Jake Cain, Leighton Clarkson and new signings Matteo Ritaccio and Bobby Duncan among those involved, but they have kicked off 2018/19 well.

A 6-1 mauling of Sunderland was followed by a slip-up against Man United, before back-to-back wins over West Brom and Stoke saw their fortunes revived.

Seventeen-year-old striker and captain Paul Glatzel has been Lewtas’ star, netting six goals in four games, and will be looking to keep this up against Newcastle United and Blackburn Rovers.